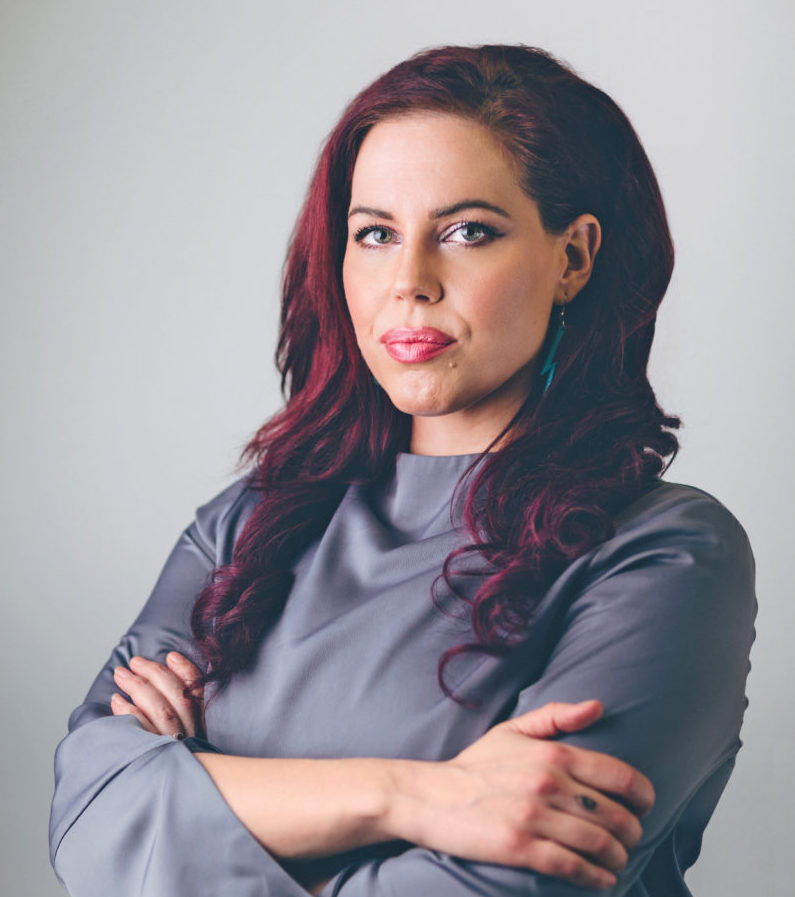 Why Natasha Devon Stands Up for Mental Health

According to my Mum, I was a happy, robust child, sporty and healthy, living in a small village in Essex. But when I was 10 a few things happened in quick succession. My brother Joe was born at 25 weeks, and it was only 10 months after my other brother Ethan. So I went from being an only child to having two siblings, one of whom was really poorly. That made me grow up really fast. The other thing is that my cousin Chloe, to whom I was really close, died of cancer. She was nine. It all happened between June and December in one year, and that’s when I started having difficulty breathing. The doctor thought it was asthma but but I now understand it was panic attacks.

School was good but after I left home for university, I developed very severe bulimia nervosa as a coping tool for dealing with anxiety. I became this person I didn’t recognise. You hear this a lot: many young people struggle when they leave home.

Finally, in my mid-20s, I got help for my bulimia, with CBT on the NHS and some private NLP therapy. And I started to think how schools, with their focus on attainment, could do more to help people with their mental health. I did a sort of apprenticeship working in a therapy practice, and out of that, and research, I started giving talks at schools, first of all focusing on body image. It was trial and error, trying to work out what would help.

In 2015 I was asked to be mental health champion for schools but I quickly became incredibly frustrated. It was tokenistic and PR-focused and after nine months the government fired me. I am proud I spoke truth to power but I wasn’t ready for the media storm, and  it had a tangible effect on my mental health. I’d been diagnosed with anxiety disorder shortly before.

People still don’t understand difference between mental health and mental illness. if you have an exam coming up, or your heart has been broken, or you’re stressed at work, that’s a mental health issue but not a mental illness. But having said that, talking never hurts. Being able to express yourself authentically is something that will benefit everyone.

I have a lot of nervous energy and relaxation means turning that energy into something. That’s why walking is so good for me. I can walk for hours. I have counselling once a week, and I walk for half an hour after my session. Also, spending time around animals is very soothing. My husband and I live in a third floor flat but I visit my parents’ dog a lot - and them too!

I’m a feminist; that means I believe in equality. Women are disadvantaged in some areas, men are disadvantaged in others. You can’t shrug off male suicide by saying that men won’t talk about their feelings, and that’s that. I always want to champion the underdog whoever that might be - and in suicidal behaviours it’s men who need their corner fought.

These days we have a tendency to write people off if we come to see their views as unacceptable - for example Germaine Greer. I believe you take the baton of the previous generation and run with it, making something of your own. I admire therapist and author Susie Orbach, educationalist Dr Ken Robinson (his TED Talk about creativity is amazing) and Dr Jean Kilbourne, who writes about women and advertising. Without their influences I wouldn’t have arrived at many of the conclusions I have.

Why are millennials coming to therapy?