Why Do I Feel Like a Fraud?
Find a therapist
Find a coach
Join as a practitioner
Log in/register 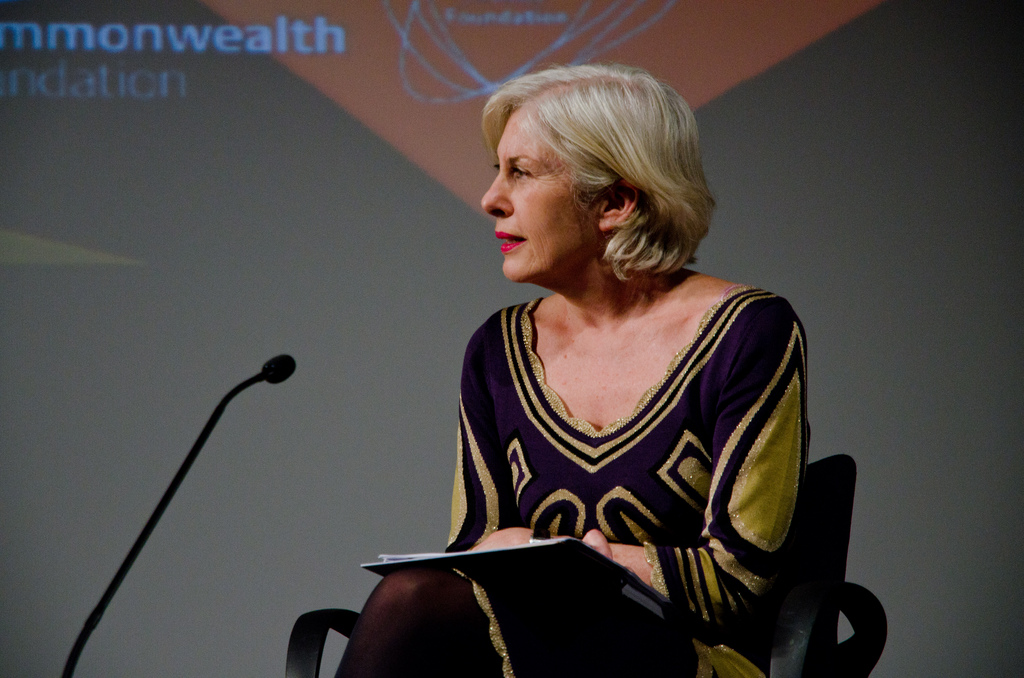 On the face of it, I am a successful middle-aged woman, a glossy magazine journalist turned entrepreneur, winning heaps of plaudits and satisfied customers. I’ve edited five magazines, as well as working as deputy editor in the hallowed halls of Vogue. I’m happily married, I have three children I love and am proud of, and can even get the family dog to obey my commands. And yet, behind all of that is the whispered but insistent  question: am I good enough, or will someone soon tap me on the shoulder and tell me to go home?

Psychologists call this the “imposter syndrome” and it particularly applies to high-achieving women.   I’m in good company. Facebook’s chief operating officer Sheryl Sandberg has said: ‘‘There are still days when I wake up feeling like a fraud, not sure I should be where I am.’’Emma Watson has often said she feels like an imposter, as have Kate Winslet, Tina Fey, Cheryl Strayed and even Lena Dunham, for God’s sake.

Feeling a fake doesn’t  seem to paralyse men in the same way it can me and the other women I know, making us not quite believe in ourselves as much as — based on the actual evidence — we should. We don’t always admit it to ourselves, but I’ve seen it in women of all ages, backgrounds and personality types. One friend, a doctor, used to joke that if only her patients knew how terrible she thought she was at her job, they’d run screaming from her surgery.

Arguably, being a successful magazine editor made me more fearful; there are lots of snakes when you get to the top tier of that particular board game. The chief executives are always looking for the Next Big Thing, and a younger, fresher model is usually waiting in the wings. Having been made redundant several times, your confidence feels the knocks. You go from being someone paraded into drinks and lunches, poised to get up and talk, or present an award or two, to packing up your boxes and wondering if you’ll ever work again.

It was humiliating and I felt angry, even that I could no longer trust people. I started to see a therapist around this time, in part because of feeling that rejection. But having decided I’d had enough of magazine editing, I launched an online platform, welldoing.org, to help people find  the best therapist for them. I'm proud of my achievement. It's a kinder, saner world I work in now, but as anyone who has launched a new business knows, it’s not easy or remotely stress-free.

But even here, in the world of mental health and wellbeing, I still carried my fear of being “found out”. And frankly I was sick of it. So when I heard about a clinical psychologist who can re-programme your brain, making you feel more assertive and confident, I was in.

For many years Deborah Golend counselled traumatised London Transport workers. Now, in addition to a private practice, she offers a three-hour workshop with clear strategies for dealing with the confidence ebbs and flows that so many women experience all through their lives. For her Brain Confident workshop (cost £119), she teaches small groups of women therapeutic techniques that will increase  confidence by influencing their neurological pathways. However, I decided to visit her alone. I settled into Deborah’s light and sunny kitchen, feeling happy and relaxed with a cup of tea. But the comfortable feeling didn’t last long.

Deborah asked me to describe a recent example when I had felt that I was not up to something, that I had got it wrong. I described a seemingly innocuous conversation, touching on political correctness, that had left me feeling bad. She then asked me to screen-grab that image and describe how it made me feel: “I never get it right, I should just shut up," I berated myself.

Deborah asked me to close my eyes again and go back through my life trying to remember events and moments that had given me the same feeling of shame, noticing it, and then moving on, until I found the earliest one in my memory. We did another breathing exercise, then I opened my eyes and told her what I remembered.

I was four or five and my two older brothers finally let me play cricket with them. But I couldn’t do it very well – I kept throwing the ball behind me!  – so they told me I was useless and kicked me off the pitch. I felt completely devastated and hid away in my bedroom, sobbing at both my uselessness, and their rejection of me. Nobody seemed to take any notice of me.

So what, you might say. It’s more than 50 years since that chubby little girl burst into tears. What possible effect could it have on my life today? But as Deborah told me “These are the life events that inform us. We can very quickly tune into that feeling. These are the informants that are driving the present day.” It didn’t sound crazy to me; it felt true.

Deborah’s approach to helping women navigate all the different strands of their life is a holistic mix of psychology, neuroscience, meditation, nutrition, and wellbeing. This may make it sound shallow, but I found it, and her, convincing, and compelling. Both astute and empathetic, she’s a middle-aged working mother too, but she’s also an experienced clinical psychologist who is fascinated by evolutionary biology.

Girls, so confident until 11 or 12, are often tripped up by adolescence, struggling to be both friends and allies to each other, and rivals for potential mates, she tells me. The effect of oestrogen also means they are often found more in nurturing, caring roles, rather than problem-solving ones.

Obviously, there is a huge range in women and their brain types. Some seem to be born confident, and genetically we’re blessed if we have the perfect balance of neurotransmitters - which would include serotonin to soothe the nervous system; oxytocin  to help us co-operate with others; and dopamine to push us to explore and take risks.

Neuroscientific research shows that the more we behave in a certain way, the deeper we build our neural pathways, affecting our bodies and minds. So if I am told I don’t know what I’m talking about, I default to the "imposter motorway" which started as a tiny track when I was only five. Now it’s an automatic route to insecurity and doubt. Just as with my brothers, I immediately feel I don’t quite make the grade.

It's Deborah’s job to help me silence that inner critic - and literally switch off the fear of being found out, by reprogramming my brain. She has designed the workshop to feed in many different ideas and practices that could help to build confidence and wellbeing in individual women.

From the nuts and herbal teas she offers her clients to keep them energised during the class  (she explains how getting nutrition from the right foods can keep blood sugar level rather than dipping and diving as sugar or coffee would have you behave) to exercises that help us to reframe negative self-statements from the past (so “I am so disorganised” becomes “I was so disorganised”) to adopting a champion’s posture (standing tall makes us more confident), she is focused on the myriad ways in which many women cover up their anxieties and avoid change.

She uses a mix of cognitive behavioural therapy (CBT) and eye movement desensitisation and reprocessing (EMDR ) practices to work on that. EMDR involves bilateral stimulation techniques such as left-to-right eye movements, sounds or taps which help memories lose their intensity. That’s how we end up analysing my devastation aged five, as Deborah helps me try to “take the sting out of your crusher”.

She asks me to imagine myself in front of a large TV screen whose image is controlled by my remote control. I'm to bring up my uncomfortable memory and watch it on fast-forward, take three long breathes, then watch the memory running backward. Then three breathes and fast-forward again. And so on, until the distress of the memory is barely perceptible.

After five minutes or so doing this I could certainly feel that it was less acute. What was happening exactly? Deborah says we're reprogramming my unconscious mind, changing my default reaction. “It’s adapted from EMDR," she explains.  When we have wounding experiences they are often trapped and stored in the reptilian part of the brain controlling our autonomic bodily functions like breathing, heart rate, digestion. When that memory comes in, it’s a message to your body that you’re in danger”. So you start to feel panicky.

“This exercise promotes a conversation between the reptilian brain and the cortex, the logical problem-solving part of the brain. So that with practice and over time the memory does become located in the past.”

As she explains, shame is a toxic brew for anyone, so we develop all kinds of behaviour to protect ourselves from feeling it: either fight (overwork), flight (procrastinate, self-sabotage) or freeze (hold back, maintain low profile, apologise). To escape this energy- and morale-sapping state, we first have to recognise it, and then get working on ourselves. For some this might involve therapy, but for others simply understanding what’s going on will be enough of a lightbulb moment to force change.

By the end of the session, I feel (to use Deborah’s words), energised and positive about my confidence levels and vastly more knowledgable about what I could do to repair them when under attack from lack of self-belief (aka my “crusher”).

She warns me we can’t expect everything to go our own way all the time, but if we have some good habits and practices in our toolbox, it can certainly help us feel like we have every right to be in the room, leaning in to the table.

A couple of weeks later a friend says something very critical to me. My normal response would be to quietly cave, and later feel crushed and demoralised. Not the tearful five-year old exactly, but the grown woman who hid her insecurities with a serene, fake smile.

But not this time. I came back. Not fearsomely, but strongly, confidently. I couldn’t say my insecurity has gone for good, but I do feel that if I keep up the exercises, I can change my ways, and never feel the fear of being unveiled as an imposter again.

This feature was originally published in The Times Weekend