What is the Best Diet for Mental Wellbeing?
Find a therapist
Find a coach
Join as a practitioner
Log in/register 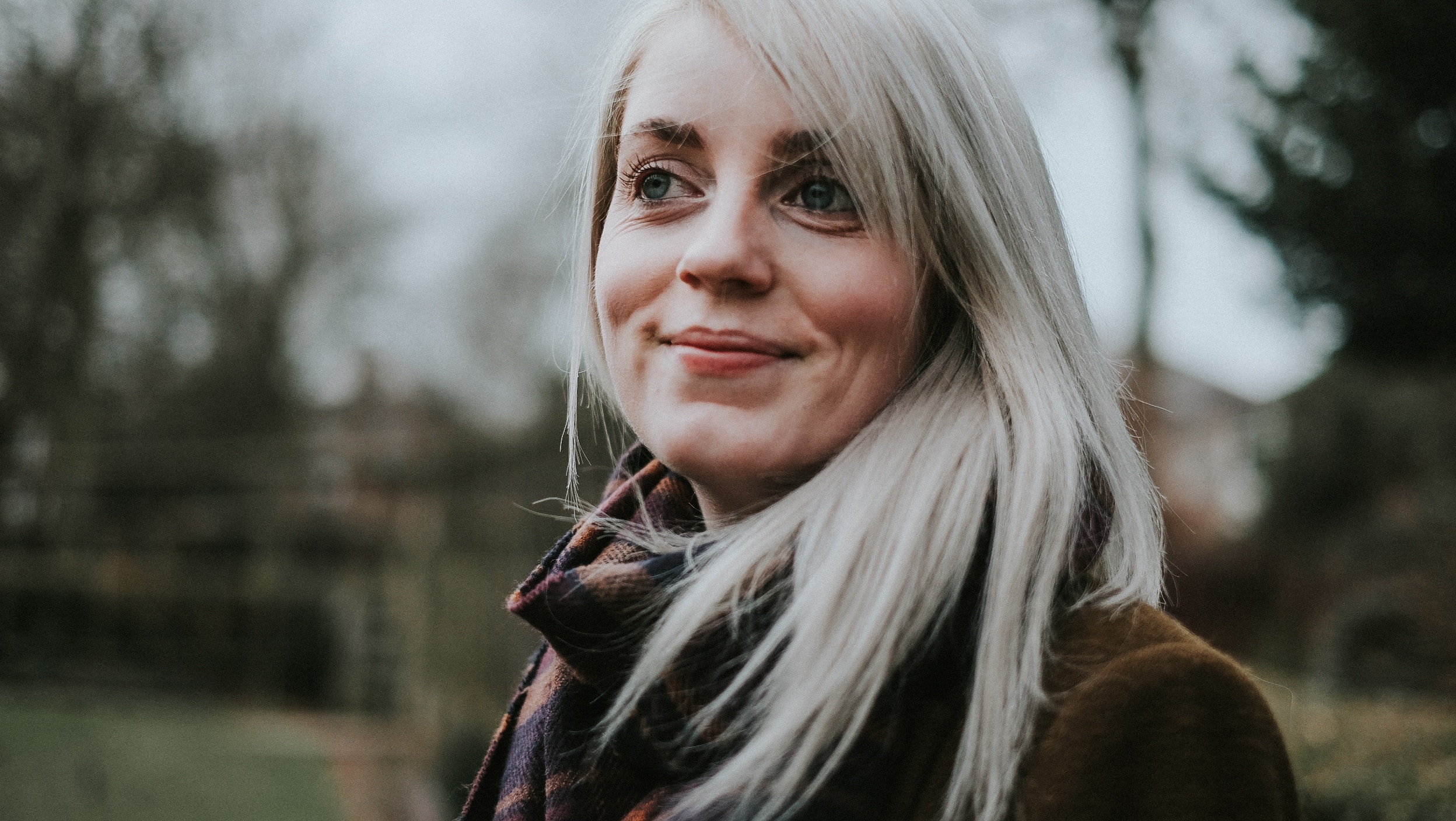 What is the Best Diet for Mental Wellbeing?

Bookstore shelves abound with a huge variety of eating approaches, along with diet books aimed at weight reduction, and lately we've seen low fat diets replaced by high fat diets, an introduction to intermittent fasting and ketogenic diets, and vegan and paleo approaches to eating become more like religions to their followers than simple food choices.

Millions of people follow social media sites focused on specific ways of eating and there seems to be little room for real science in these discussions, which quickly become heated when opinions differ. In among all this ‘nutritional noise,’ very few people ever consider the fact that their brain is the greediest organ they possess and it has needs that nature specified a very long time ago, which aren’t influenced by arguments and personal preferences.

The human brain is the most complex, sophisticated and mysterious organ we posses. It is also the most flexible, being able to grow, change and adapt according to the circumstances it finds itself in, or which we provide for it. This ability to develop, change and adapt to our circumstances occurs across a vast network of super coordinated cells, chemicals, membranes and molecules, all of which depend on specific nutrients to operate optimally. In addition, it is also very sensitive to both nutrient excesses and deficiencies. So, which diet is the best one for this precious and delicate organ?

The paleo diet and the brain

The paleo diet focuses on unrefined, natural foods that have been around for millennia, hence the name. However, it is not a new diet, as it was also known as the Atkins Diet or the low carbohydrate diet before the word ‘paleo’ was adopted, possibly in an attempt to breath new life into an old approach to eating.

The focus on unprocessed and natural foods is a great advantage for our health generally and for the brain specifically. The brain thrives on foods that haven’t passed through factories, where nutrients and fibre are removed, while additives are added. The paleo diet focuses on eating a lot of animal products, which although nutrient dense, do lie at the top of the food chain, and may be full of pesticides and antibiotics if the animals are not organic and grass-fed. Although essential brain nutrients like B12, iron and zinc are plentiful in animal products, when they are consumed in excess they replace other plant-based foods that contain other brain nutrients which animal products are low in, such as antioxidants, other B vitamins and minerals such as magnesium, along with fibre.

Despite an ongoing dispute about whether or not a paleo diet is what humans ate since the beginning of time, and despite anecdotal evidence, there is presently no evidence-based research to support this being the ideal diet for us. Furthermore, recent research into Alzheimer’s disease has suggested that red meat should be treated more as a condiment than a main meal, so if you follow a paleo diet, your brain is very pleased that you’ve cut out refined carbohydrates, but may want you to add a lot more leafy green and cruciferous vegetables to your diet. In addition, you may also need more Omega-3 fats, which are essential to brain development and function.

The vegan diet and the brain

The vegan diet focuses on consuming a wide variety of plant foods, many of which are believed to be superior when they are eaten raw. The vegan food movement has grown in leaps and bounds since the days where it was considered a fringe, ‘hippie’ approach to eating. The focus on unprocessed foods once again yields great brain benefits, as a wide variety of nutrients provide the brain with many of the building blocks it needs to function optimally, and an increase in fibre assists with digestive health, which helps the brain both directly and indirectly. However, the brain needs B12 and iron to develop and function optimally, with case studies of children deprived of B12 and iron revealing severe and irretrievable developmental delays and even death.

Although iron is present in a variety of plants, it is not as well absorbed as the form found in animal products, with genes and digestive health both believed to play a role in whether plant forms of iron are absorbed optimally. Therefore, you may have a friend who can happily absorb iron from plants, but you may not have the same constitution. Furthermore, B12 is not naturally found in plants. The only way to know what your status of these two critically essential nutrients is, is to have a blood test, and to supplement if required. In addition, research suggests that the nutrients found in some forms of plants are better absorbed when they are lightly cooked, so consuming only raw plant foods may limit the optimal absorption of some nutrients, like beta-carotene.

A vegetarian diet, which includes some forms of animal products, such as cheese, eggs and butter is believed to be a better option by others, who prefer not to eat any animal flesh. However, many people are intolerant to dairy products, which may pose a threat to brain health. Vegan and vegetarian diets do not necessarily eliminate processed foods, and may also be low in omega 3 fats, so if you follow either of these diets, get your B12 and iron levels checked and increase omega 3 fat consumption, limiting dairy if you suspect an intolerance and remove refined carbohydrates and refined, fake ‘meats.’ Gluten may also be a challenge with either of these approaches.

The Mediterranean diet and the brain

The Mediterranean diet is the most researched diet and for many years it has been known that it supports mental wellbeing on both a cognitive level with aging, and with mood in general. Recently, a world-first research project revealed that depression was lifted in a group of people who followed this diet. The focus in this approach to eating is on the whole, unprocessed fresh produce, a combination of fish and other animal flesh, in moderation, as well as nuts and seeds, and extra virgin olive oil instead of refined vegetable oils. A wide variety of brain nutrients are consumed in this dietary approach, all of which combine to support optimal brain health.

Enjoying food in a relaxed environment with family and friends is also thought to contribute to its brain enhancing and sustaining effects. However, the consumption of gluten in baked goods and pasta may be a challenge for people sensitive to gluten, which could impact brain health negatively, although if consumed on rare occasions it may be tolerable for some. Although fish has always formed an integral part of the Mediterranean diet, offering essential omega 3 fats and other nutrients, ocean contamination and fishing unsustainability may pose a threat to this centuries-old diet, leading to the need to use a supplemental form of omega 3 fats.

And there are more …

Two other dietary approaches that have become fashionable are firstly, the ketogenic diet, which focuses on high-fat foods along with low carbohydrate intake, in an attempt to get the body to burn fat versus carbohydrates. Although this diet has proven to be effective in specific brain conditions, such as childhood epilepsy, there is no long-term evidence to support its use for the general population. The paleo diet and this approach to eating share similar challenges. The second up-and-coming approach to eating is one of intermittent fasting which focuses primarily on weight loss and eating at certain times while fasting at others. There is less of a focus on what to eat, versus when to eat. There are no human studies that show the benefits of this approach, although anecdotal evidence suggests you can benefit from some advantages following this approach by eating nothing after your dinner, say at 7pm, and then eating breakfast at 7am, while also eating foods which support brain health. There are many more approaches to eating, with people calling themselves fruitarians, pescatarians, flexatarians and even pollotarians. However, none of them are ideal, with each approach possessing some challenges, although a slightly modified Mediterranean diet may be the closest to ideal.

‘Rules’ and how you ‘interpret’ your diet

Despite the fact that many people desire clear cut, definite, and simple rules to apply to their choice of foods, the answers are not simple to tease out. Our genetic profile, coupled with our age, sex, stress levels and environment all combine to set the stage for specific nutrient needs, of which we may not be entirely aware. In addition, our interpretation of what a specific diet means, for example, how much meat should be consumed in a paleo diet, or whether the focus is only on avoiding animal products while eating a lot of processed food, in a vegan or vegetarian diet, will also contribute to the nutrients a specific approach provides. And, adopting a Mediterranean diet, but consuming mainly pasta, is another interpretation that won’t offer great brain benefits.

Research has revealed a few facts that we can rely on, and which don’t need any interpretation: the brain needs unprocessed foods, that are nutrient-dense and which also contain fibre. The brain needs fresh, additive-free foods. The brain needs certain nutrients for integral development and functioning, throughout life, such as B12 and iron, and deficiencies in these nutrients during specific windows of developmental, such as in utero and up until young adulthood, and possibly later, will leave lasting neurological damage. Essential fatty acids are also non-negotiable, for both brain development and functioning, and without them the genetic potential of a child can’t be realized and optimal brain functioning cannot be maintained throughout life. The brain needs a steady supply of unrefined carbohydrates to sustain its huge energy requirements. Find out if you are deficient in B12, iron or omega 3 with a simple blood test, after which you can rectify the deficiencies if required.

In summary, reconciling our dietary approach with our values and beliefs is a luxury that modern life has afforded us, but our brain is an ancient structure and doesn’t care for philosophical arguments. We know a lot more than we ever have about what our brain needs to function optimally, and what causes it harm.  Follow these guidelines and it will reward you with clear thinking, focus, learning and memory as well as a stable mood and a plethora of other health benefits. Neglect its needs and it will reward you with the opposite.

Delia McCabe is a neurobiologist and the author of Feed Your Brain: The Cookbook

Shame, guilt and your relationship with food