What is Anticipatory or Imagined Grief?
Find a therapist
Find a coach
Join as a practitioner
Log in/register 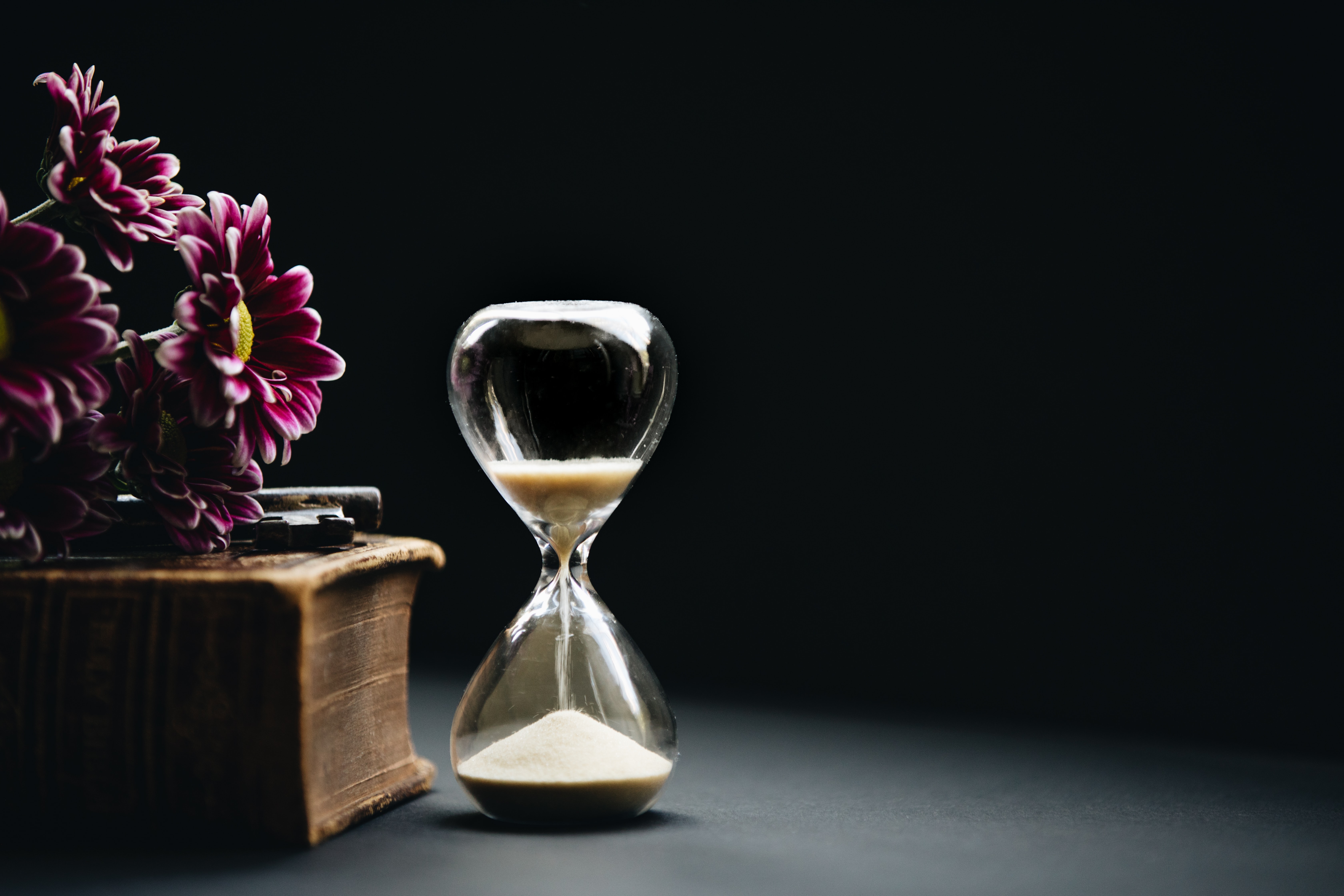 What is Anticipatory or Imagined Grief?

Here I would like to talk about grief and trauma, in particular imagined grief, or anticipatory grief. In this article, I will be illustrating the themes of trauma and loss with my own personal experiences. As other therapists and psychologists will recognise, we are all trained and conditioned to remain very boundaried in how we separate our own private and cloistered worlds from others. We rarely allow a client to enter any part of our personal worlds. I am therefore breaking that traditional rule of the sacrosanct therapeutic alliance, and sharing different elements of my own meetings with grief and trauma which I've been confronted with.

Anticipatory grief is usually thought of as the normal mourning that happens when we're expecting death. It includes the different layers of thinking, feeling and behaving that we might be preoccupied with when we imagine or mentally rehearse a death that might feel imminent. This article is more about the imagined grief that we might experience fleetingly throughout our life, which might be triggered by a wide range of different stimuli, whether these are celebrity deaths, indirect experiences (e.g. seeing our loved ones grieving) or witnessing illness or fragility in family or close friends.

Almost four years ago, I was confronted with the shocking news that my mother had unexpectedly and tragically died. In the space of less than 72 hours, my father had suffered a stroke – which he survived – and then my mother was run over by a double decker bus on leaving the hospital where she had been visiting him. The irreplaceable and secure attachment of 46 years which had been woven with such love, meaning and comfort through every juncture of my life had now been extinguished. The rude arrival of my parental loss was devastating.

The three months that preceded her death were the most overwhelming of my life.

I had not engaged much with loss since I was a young child wading through frightening and maturing moments when death is finally understood as being something permanent. Most children grapple with this stage as part of normal development and it rarely becomes phobic or pathological. With me, I still to this day recall a powerful dream of watching my mother drown in a canal and me standing by helpless and devastated at her being taken away from me.

I was relatively well-protected from painful trauma and loss as a child. Two grandfathers passed away when I was very young yet these losses had little impact as my comprehension of their significance was incomplete. There followed a series of tragic and premature deaths of acquaintances throughout my school life which were shocking but not long-lasting. Most significantly at the age of 17, my maternal grandmother was diagnosed with terminal cancer and I recall the anticipation of this insidious death was very intense. I remember being consumed with anxiety and dread for many months and on the day before she died, I had sung in a choral performance only to collapse in panic, clearly anticipating the grief that must have felt so chillingly imminent.

So, if anticipation or imagined grief is that mental preparation we endure, I am thinking back to the antecedents of my mother's trauma and subsequent death. With hindsight, it is easy to superimpose a fitting framework around one's own narrative but somehow in the year preceding it, there was a pathos and potency of various events.

In early January 2016, I attended a moving 20th anniversary memorial for my late uncle and I recall looking round the room and feeling the fragility of life like I never have done before. My parents were relatively well yet their own vulnerabilities and ageing was now much harder to escape from.

Following this occasion, I had a rare, sleepless night and then woke up to the news of my musical icon David Bowie's death. I shocked myself at how this affected me, irrespective of the fact that his music had pretty much formed the soundtrack of my entire life. I had never known the man nor had I even seen him in the flesh, yet I entered a strangely disturbing state of mourning.

Famous people's deaths often evoke a massive outpouring of public grief and I had seen this from close up, most notably the seismic reactions following Princess Diana's death. When someone dies who we don't know, our reactions are invariably a melange of grief for that admired individual and for previous losses of ours which had not been fully mourned. We might also be doing what I think I was doing with Bowie's death which was to see it as a mirage of losses that had not yet happened.

Only one week later, when my wife was briefly admitted to hospital with pneumonia, some of my assumptions about security started to waver. I was still very much in that phase of life in my mid 40s when life was largely positive, full and relatively free from struggles but this was somehow different. Even my two children had their own pivotal moments around that time when the first of their two guinea pigs passed away and though I confess to being rather dispassionate about their premature deaths, I had a clear window into my own children's minds and that was the painful part.

Later in the summer, my last living uncle passed away expectedly after a long illness, and this returned me to a rather morbid mindset. It was undoubtedly my most emotional reaction at a funeral and also my own children's first attendance at one. As I looked round the congregation, I remember sitting there and mentally rehearsing how I would feel at my own parents' funerals. Looking back on this whole period now, I can only wonder whether these events were all shaping my thinking about the phase of trauma and grief which was about to follow.

As the days rolled forward through the month of September 2016, my parents were scheduled to be going on a rare and well-deserved holiday. I rung my parents on the Friday late afternoon to wish them well for their trip, only to be told that my father had felt a little unwell and had a very minor fall, so they had called for a doctor. As my parents individually described my dad's symptoms, it felt to have the hallmarks of a stroke, but I refrained from saying anything. Indeed, the out-of-hours doctor confirmed this and arranged for him to be taken to UCLH, and leaving us to cancel their holiday. My brother stayed with my father most of the night whilst the various scans and examinations further confirmed this diagnosis. The cancelled holiday was frustrating yet there was also a sense of relief that the stroke was considered mild and the early impressions were not of lasting damage.

Though I endeavoured to see this as a relatively minor aberration as far as my elderly parents' health was concerned, I knew only too well that it further pointed towards a stark new dawn. On the following day, whilst visiting London Zoo with my family, I remember feeling a great unease whilst perusing some reptiles, and went out to shed a few fearful tears. I was of course preoccupied with having a father in hospital and a fragile mother. I was in an imagined stage of grief. I had some semblance of what it was from my own losses of non-parental figures, or observing others such as my wife losing a parent, and though I did not know what was to happen to my mother the next day, I did not sleep a wink that night.

Imagined grief might feel rather abstract to manage but there are positive approaches that one can adopt both for ourselves and others. First, it is important to both honour and express feelings of grief and be prepared for the uncertainty that lies ahead. We normally do this with loved ones who may also be experiencing similar feelings of their own, however, it might be just as helpful to reach out to others. Second, we will normally feel more in control of what we’re feeling by being informed about what to expect, whether these are conditions, prognoses or treatments. Third, and perhaps of most importance, is the need to enlist support from others whilst continuing to carry on with one’s life as much as possible. This will often involve taking care of ourselves, whether this is through exercise, meditation, music or reading.

As with so many psychological battles, counselling or psychotherapy can offer a separate space to talk through these thoughts and feelings.

Dr Saul Hillman is a verified welldoing.org therapist in London and online

Why did we grieve for David Bowie?