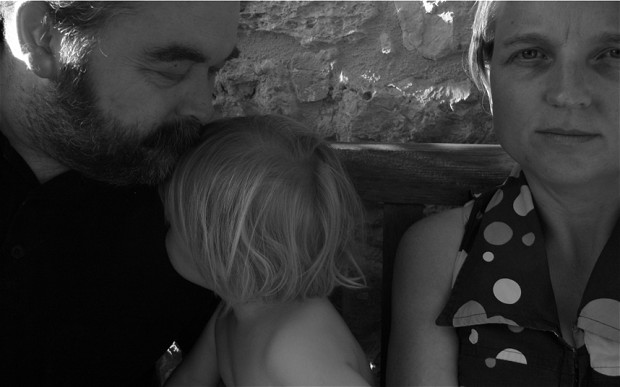 The prize, relaunched in 2014 wth the tag line 'Books for the incurably curious', celebrates the best new books that engage with some aspect of medicine, health or illness, showcasing the breadth and depth of our encounters with medicine through works of fiction and non-fiction.

The Iceberg is an exploration of the impact of death in real time, a sustained act of looking that only ends when life does. Marion Coutts' late husband, art critic Tom Lubbock, was diagnosed with a brain tumour in 2008. He died in early 2011. The tumour was located in the area controlling speech and language, and would eventually rob him of the ability to speak. The Iceberg is Marion Coutts' memoir on art, work, death and language - a beautifully expressed account of a family unit striving to remain intact during the 18 months leading up to her partner's death.

Marion Coutts is an artist and writer, and she wrote the introduction to Tom Lubbock's memoir Until Further Notice, I am Alive, published in 2012. She is a Lecturer in Fine Art at Goldsmiths College and lives in London with her son.

Bill Bryson, Chair of Judges for the Wellcome Book Prize 2015 said of The Iceberg, "it's painful to read, but beautifully expressed. She recalls things with such vivid detail that you almost feel you’re reliving this experience with her in real time.Marion Coutts’ account of living with her husband’s illness and death is wise, moving and beautifully constructed. Reading it, you have the sense of something truly unique being brought into the world - it stays with you for a long time after”.

Director of Culture and Society at the Wellcome Trust Simon Chaplin said, “This is an immensely powerful book, written with astonishing candour and pulsing with raw emotion. The Iceberg shines a burning light on the devastating impact of illness and loss on those who surround and support someone in decline, while simultaneously celebrating the powerful bonds of family and love. It is tremendously difficult to read, but impossible not to become absorbed."

Marion Coutts said she was "delighted to be published, let alone win a prize." Then quoted a line from the book as her reason for writing it: "There is seeing and there is telling, and what is one without the other."