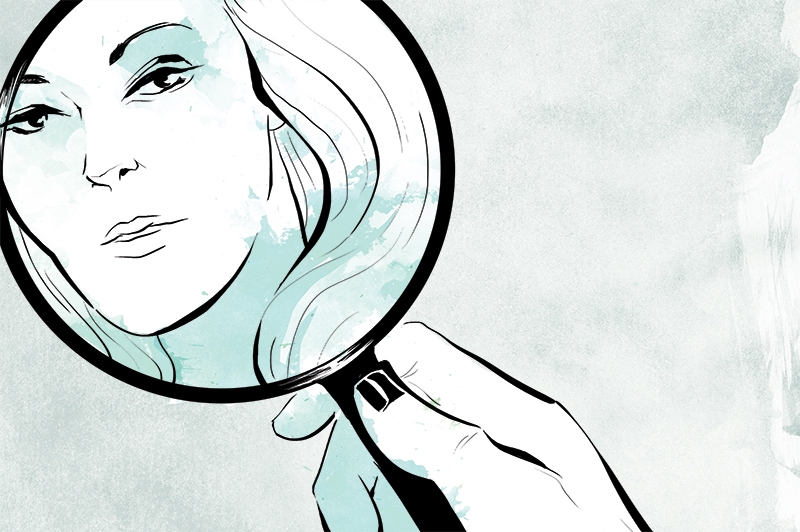 There is No Cure for my Chronic Pain

No one knows why I suffer from chronic pain, only that I do and the point at which it began.

Two days before Christmas 2008, I woke early and couldn't get out of bed. At the age of 26, and with a family history of spinal problems, one of my discs had burst and I lost use of my legs. I was put on a waiting list for surgery and five months later was operated on.

The odds were in my favour. I was told that 90% of patients show improved symptoms afterwards, just under 10% notice no difference, the rest - me - get worse. I remember the consultant at the time saying he didn’t know why the surgery hadn’t worked. I was discharged.

Chronic pain ﻿is defined as any pain lasting more than 12 weeks. I have been living with this, every moment of every day, for the last eight years. My left leg never regained full strength, it feels like it's on fire if touched below the knee. My right leg is becoming increasingly weak. I can’t stand for any length of time. I vomit often with pain and can’t sleep on my left hand side or on my back. Other discs are herniating and tearing, my spine is deteriorating. No one can tell me why.

For years after my life was a cycle of appointments, scans and emergency visits to casualty. I had to go freelance. I didn’t claim benefits, I didn’t know I could. Indeed, I wouldn’t have known how. I got into debt.

The very lowest moment in all this came six years later, after another long wait for treatment: nine months for a place on a four week residential pain course at St Thomas’ hospital in London. I can pinpoint the moment exactly.

I was sitting in a semicircle with nine strangers. A doctor stood next to a white board at the front of the room, pen in hand, and begun by asking us: What treatments have you tried to cure your pain?

We named more drugs than most pharmacists could; surgery; physio; osteopaths; acupuncture; nerve root injections... The board filled up. Then suddenly she stopped, looked up at us and asked: ....why did we think there were so many?

It seems so obvious recalling it now, but I assure you back then it was not to me. I don’t recall having ever met anyone in chronic pain or being given any literature about it and yet I must have seen well over 40 GPs and consultants. I didn’t know what I had. Was I disabled?

The only solution seemed to be more medication. At one stage I was on 18 pills a day. My mind was a fog of drugs. Against doctors advice, I took myself off them. While reading a biography of a homeless man, I was horrified to discover I was taking many of the same drugs as the homeless heroin addict of the book’s title. For a year or so after I managed no more than a couple of hours sleep a night.

I blamed myself too. Maybe I wasn’t trying hard enough. But I had tried so much. All that I was offered on the NHS and even more I couldn't afford, privately.

If you meet someone with chronic pain - and you most likely already have - resist the temptation to ask: ‘I’m sure you’ve heard this before...but have you tried...?!’ The answer is most likely yes. Hope is a wonderful thing, but false hope is so destructive - and so expensive.

Back in that room, facing the doctor and the board of failed treatments, my lone voice spoke up, as it hit me for the very first time. Quietly, I stated simply: ..."There is no cure”.

In big black capital letters, the doctor wrote over the board, over all the treatments: ‘NO CURE’.

But it was pivotal.

I started to reset, to accept - as much as you can - this new version of me. I had been judging myself on the old sports journalist. Of course it was making me angry, frustrated and so desperately sad. I learnt to take joy in small physical achievements, to stay in the moment and not be lost in the fear of the future, and to set myself goals.

I left the course with the confidence to take on a full time job. When an opportunity presented itself to host a daily talk show on a brand new station I grabbed it. Just 18 months later I won a national broadcasting award.

The Catch 22 is the harder you try to manage, to carry on as normal and not let the pain define you, the more you are doubted. I have a walking stick - perhaps it would be easier for everyone if I used it. But I'd say to those people who doubt us, especially in the workplace - I would work every single hour you do and treble it, not to live my life in this pain. But I can’t.

When you see my smiling face on social media at an event - remember what you don’t see is my hand out of shot, holding me up; the moments after where I’ve had to find a seat; or when I had to leave early.

What you don’t see is all the times I wasn’t at those events because I had to cancel at the last minute; said no because I physically couldn’t go; or because friends have given up asking altogether.

You don’t see my pain. But I feel it. All of the time. You do see the exhaustion - it is all over my face. The worst part isn't the pain, however, not the exhaustion, but the fear.

Fear of the future - that again a loved one will have to wash me, put on my underwear; fear of losing bladder and bowel function; of being in a wheelchair; of never being able to carry children.

Fear I will always be alone. Who would choose to live that future with me? Pain is so isolating.

And fear of having that conversation - one that no parent should have with their child - of what on earth happens if this pain becomes too much for me to bear.

Now, I’m still managing this condition. And I will do so every day for the rest of my life. To the very best of my ability. Each day is different, each day is a challenge I must face.

But each day is still a choice I make to get out of bed, a decision to not to take drugs and to do a job I love and that gives me confidence.

I’m lucky I can make that choice, many can’t.

And I know there is a possibility that there may come a day when I can’t do that anymore, but damn it, I am doing it now!