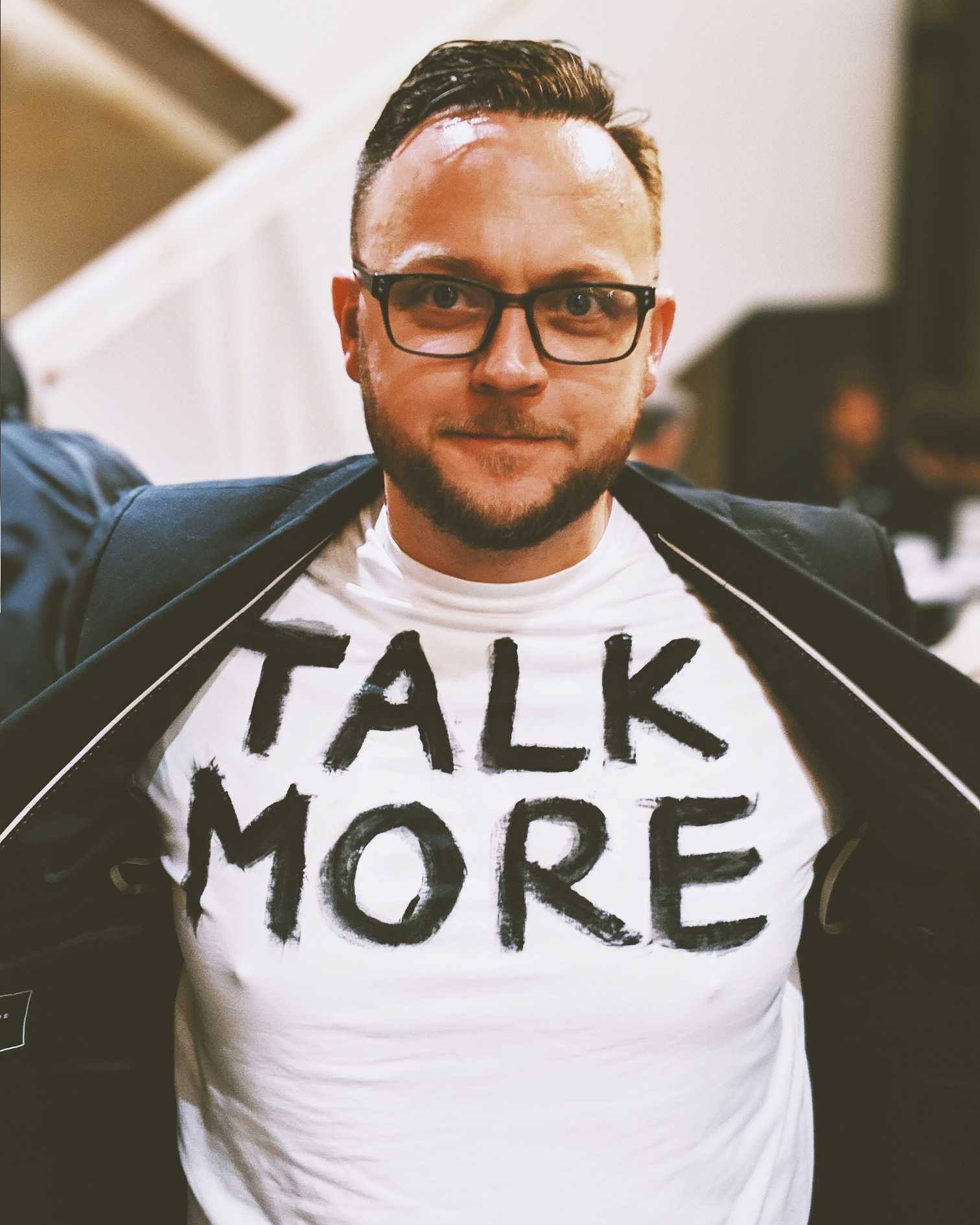 May is a confusing month for me. It’s a celebration as it’s my eldest daughter’s birthday (I have three kids under seven), but it’s also the month my childhood best friend took his own life.

Statistically, in the UK more suicides occur in spring, with May being the worst month.

I’ve read many theories as to why and there is one that seems to make sense to me. While the sun coming out and serotonin being released can help many people and lift their mood, these things can also give others the strength to take that final step in their battle with life.

On the 28th May 2014 my ‘brother by another mother’ Steve Yates believed that death was better than life. And this changed my life.

It hit me hard. As kids we’d been inseparable. We were born just four days apart.

How did he get to that point? For years I struggled with “Why?” But a couple of years ago I read an article saying that suicide was the biggest killer of men under 45. And I realised that, statistically, the thing most likely to kill me, is me. I knew I needed to do something to stop the next Steve. Around that time I came across an article that said men of my age watch sport and documentaries...

Steve is a positive documentary about male mental health. It’s about real people, real conversations and most importantly, real solutions. (You can watch the film here: Stevedocumentary.com)

For a year I travelled the country talking to amazing people, learning why male mental health is such an issue, and what we can do to stop it.

I finished the film in March 2019, but it was only the start. I knew the next step was to get this film to the men who needed it the most. So I took the film to all around the country to pubs, sports clubs, gyms, building sites – wherever men naturally were.

Before the lockdown, I did a total of 49 screenings, from Aberdeen to Falmouth, taking it to everyone from Coutts (the Queen’s bank) to a Category B Prison. Each screening was very different, with each one sparking open conversations, each conversation bigger than just the film.

I found that pubs were the best setting. Yes, I know about the relationship between alcohol and depression but men feel comfortable in pubs. And when I showed my vulnerability on screen, other men seem to recognise that and use it as an opportunity to open up.

So with five other people from the film (including my producer wife Claire) we began to roll out our clubs with some simple rules, for example no giving advice or judging. Talk Clubs simply enable talking (and listening). And through the development of this is how I came to embrace the idea of ‘mental fitness’. Because talking regularly about how you feel can keep you mentally fit, and hopefully prevent men becoming ill.

It all begins with a question: “How are you? Out of 10?” And then once they have answered we ask them to explain their number. Everyone’s number is different and personal to them. One man’s five could be another man’s seven. It’s just a technique, a way to own your mental state.

Like this morning for example, I woke up feeling a five. Most mornings right now I wake up at a low number. With three young kids I rarely get a full night’s sleep as it is, and with worrying about money and the state of the world, the day began at a five.

But what I’ve found is: while I can’t control what I wake up at, I can control the way I look at the rest of the day. So for me it turns into a game. How do I get myself to a six before breakfast?

To a seven by lunch? To an eight? So I went for my one bit of daily exercise running down by Bristol Harbour.

I came back had a muesli and fruit breakfast, and then made pancakes for the kids while jumping around with them to Pharrell Williams’ Happy and my number started to rise. It’s so simple, I ask my kids regularly how they are handling things and explain with their numbers. And as I said it works.

In just under a year Talk Club has grown from eight friends meeting in the back of the Bristol Beer Factory to a private Facebook group of nearly 1,300 men and 35 physical groups around the world (with more springing up weekly.)

So if you’re over 18 and male, please join us at www.wetalkclub.com. It’s not a therapy group, it’s a talking group, like a gym but for your mind. No matter how physically fit you are, you can join a gym and get fitter. We hope people will start doing this more for their mental fitness and help prevent mental injury. Then a therapist could be more like a personal trainer. If you’re serious about your mind, you need to look after it, especially now.

Let it out in lockdown

Unsurprisingly everything has accelerated for Talk Club since the lockdown. We’ve seen so many new men join the community, all needing to talk, all needing to be reassured and all needing to be vulnerable in a safe space. In the absence of our usual face-to-face meet ups, we now have virtual groups taking place every night from a different club around the country, which means that men can still join and talk and be open.

I get asked quite a lot by people who are not part of the community what men talk about during these meet-ups. And my reply is that people in our community usually seem to want to talk about everyday problems like money, family, relationships and jobs. Ranking their mood out of 10 gives them an easier way into talking about their mood, but what I’ve found is many of these blokes don’t or can’t talk in depth about these things.

As the nation and the planet tries to get used to the new world order, there seems to be a lot of fear out there. I know I’m scared, and we’ve seen our numbers increase since the start of lockdown.  That’s why we thought now was a good time to release Talk Club’s first single.

One of the co-founders of Talk Club, Gavin Thorpe, wrote, sung and created a beautiful song called Soul To Save. Inspired by his experience of being in Talk Club meetings and a friend he lost, #SoulToSave was released to increase awareness of Talk Club and get other men to join.

As I said, the month of May is a mix of emotions. Helping thousands of men to look after themselves is good. Releasing a song that could inspire millions is good.  My little girl’s birthday is very good. But I know the end of the month will be hard, and it will be for many others.

So, I ask you all one thing: “How are you? Out of 10?” It’s something so small, so simple. I said this after every screening of Steve and say it 20 times a day to people, but it might just give someone the opportunity to answer the question honestly and we might just save the next Steve.

Ben Akers is the co-founder of Talk Club, a writer and documentary maker

If you or anyone you know needs immediate support, the Samaritans are available 24/7 on 116 123