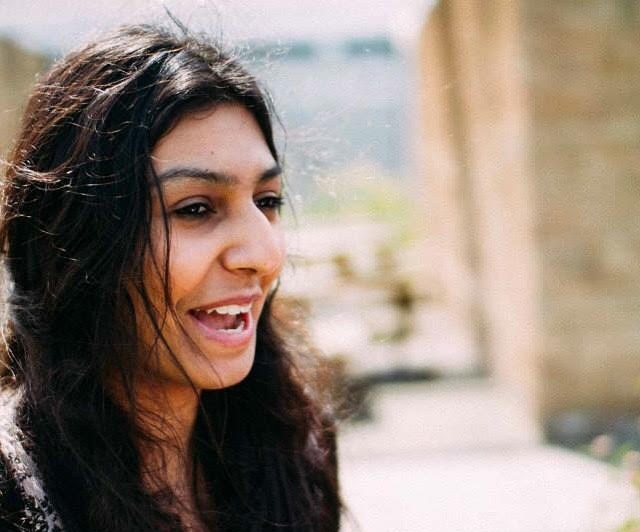 How Social Anxiety Turned My World Upside Down

“Anxiety's like a rocking chair. It gives you something to do, but it doesn't get you very far” - Jodi Picoult

I have suffered with social anxiety since 2012 after the onset of a panic attack. The panic attack took place while I was on a train. I’d never really had a fear of public transport, I used it as a time to escape and people watch, but that time the outcome was different. I remember getting on the train and there was absolutely no space, the whole carriage was full of people. The panic attack happened because I felt there was no space to breathe.

At the time I was unaware it was a panic attack as was the doctor too, who I saw as soon as I got home. The way I can describe it is that my body would shake uncontrollably, I would feel nauseous, light headed, very hot, find it hard to breathe, have a dry mouth and heart palpitations.

I found it difficult to do things I'd normally have no problem with.

Because of the association my mind made, having a panic attack in a busy place, I started to avoid such situations out of fear of it happening again. Social anxiety turned my world upside down. I avoided so many things: assemblies, going to class, going out with friends. I found it difficult to do things I'd normally have no problem with. I didn’t realise what was happening to me; I became quieter, distancing myself from people and always in fear when surrounded by people. I wasn’t myself.

Friends and family started to notice these changes. After describing to my close friends what was going on, they suggested that I may have social anxiety. I googled it and found information through the NHS website. Most things I read I felt matched up to how I was feeling. I didn't want to believe I had social anxiety, so I kept quiet. I know now that I shouldn't have done that; in the end it just made me feel worse. I felt isolated, scared to open up.

Eventually after I broke down to a family member, I went to the doctors and explained how I felt. I was given a questionnaire to fill out and from there was referred for CBT. It was two or three months before I was seen and in that time I wasn't getting any better. When I was finally being seen, both CBT and counselling helped me to get better. I learnt valuable information and still use many of the tips to this current day.

Social anxiety has affected me in many ways. I have a lot of regret for missing out on things because I was too scared. My sixth-form education was affected a lot, I missed a lot of school and in turn I didn't do as well as I hoped. Though many people wouldn’t think it, it affected me financially too, my anxiety lead me to spend £10 on a taxi to get home from school, rather than taking a bus. I spent any money I had on these taxis, which now I really regret.

What has really helped me fight my anxiety is to think positively and to force myself out of my comfort zone.

I still get anxious but since being at university, I have calmed down a lot. I have met other people in similar situations and I have had great support from friends. What has really helped me fight my anxiety is to think positively and to force myself out of my comfort zone, which helps me realise that things aren’t that bad and that overthinking makes me more nervous than I need to be.

In October 2014, I joined a charity called Fixers. This charity gives people aged 16-25 a platform, whereby they can spread their message through a creative resource. I did a short film on social anxiety, my aim being that there is help available for people and they shouldn’t be afraid to ask for it. You can watch it here.

Doing this project with Fixers has helped a lot with my anxiety. It's given me more confidence and excellent opportunities to raise awareness about social anxiety. I recently appeared on ITV news, giving more insight of my social anxiety but also talking to others who experience it too.

My social anxiety has been a journey of ups and downs but I couldn’t have got better without the support of family and friends who have helped me in so many situations where I felt so much fear, and Fixers who have allowed me to talk about my experience and give young people a voice.

9 ways to cope with social anxiety

How to support your partner through an anxiety attack