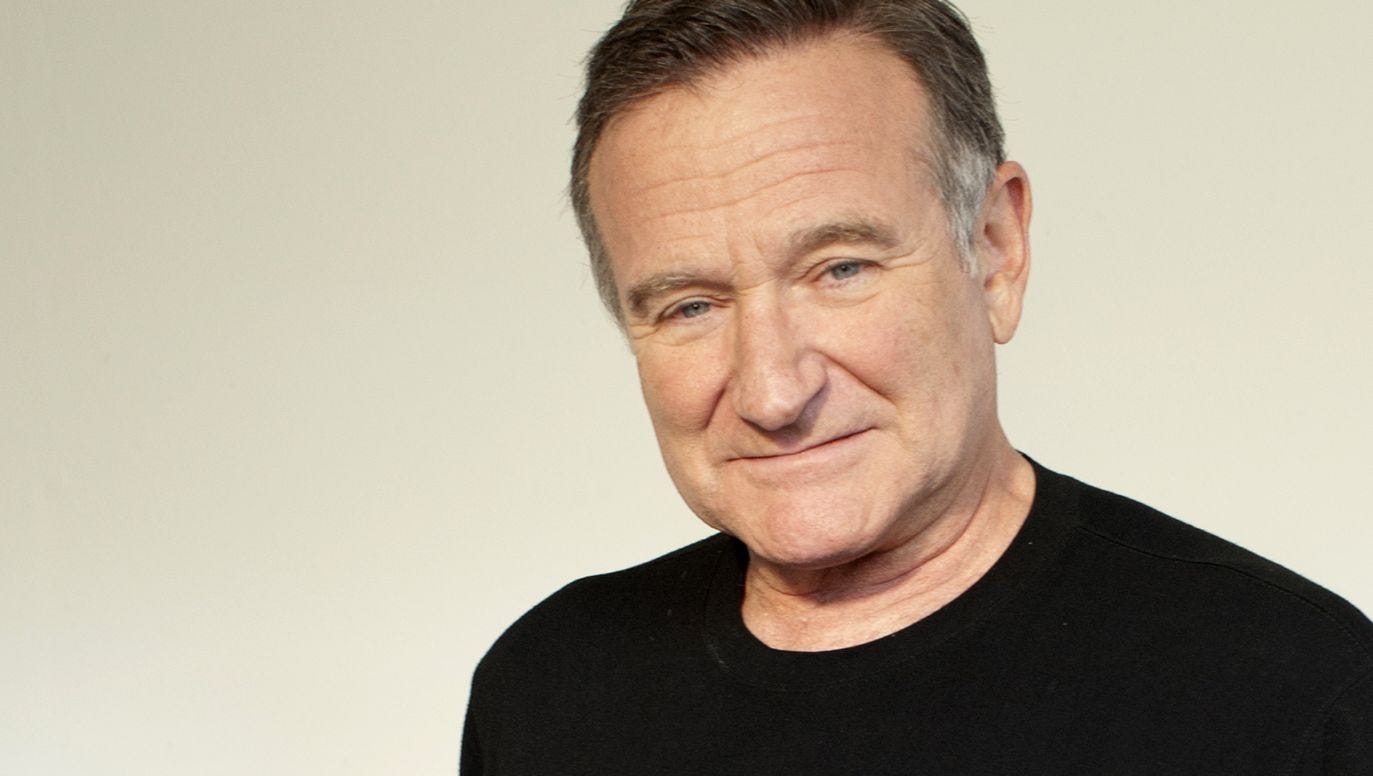 Tylor Norwood's recently released documentary Robin’s Wish aims to set the record straight about the last days of beloved comedian and actor Robin Williams' life. Considering he was struggling with the unseen enemy called Lewy Body Dementia, which in the UK affects around 100,000 people , doctors have even questioned how he had still been able to walk, let alone fulfil his acting duties all the way to the end. Perhaps it was only the exceptional brain of a genius that helped him fight the graveness of a neurological disease only diagnosed months after his death.

If fans felt that the Robin Williams they had known and loved was not the man portrayed by the media at the time of his death, they would be correct. And now he is being given back to them, courtesy of filmmaker Tylor Norwood and all those close to the actor who “no longer felt loyal to be silent about it, but more loyal to share”. In the latest episode of the Factual America podcast, host Matthew Sherwood discusses with the director the key messages of the movie and its takeaways for dealing with mental health altering diseases, as outlined below.

Could I have done more? Dealing with guilt

Battling disease is hard, but it is much harder to battle something that is unbeknown to you. This truth is equally applicable to anyone fighting the battle together with you in your corner. Norwood points out that the absolute heartbreaker for him is that Robin Williams “never got to know what this [Lewy Body Dementia] was, and until the end he thought that maybe there was something he was not doing”, having died with a strong sense of having not done enough. “Robin experienced a slow and steady decline [...]. He had these imperceptible dips in his ability but he felt them very deeply,” he explains.

Those closest to him were also tormented by the thought: Could I have done more? This is common among people who witness the suffering of a loved one. It’s important to remember that you can only do the best you can with the judgment available to you at the time, not in retrospect.

Gripping the signs while offering space to process

So why now? The answer was very clear to Norwood. Although Williams’ wife had an intimate account of what was going on behind the scenes, her story needed to be ‘corroborated’ by others who met him in different circumstances. One of the funniest men in the world functioned like a corporation: “when he doesn’t or does work, 50 or 60 other people don’t or do work”, and his fellow cast members and film crew all tried to preserve his privacy at the time, despite witnessing him deteriorate right before their eyes. “When he started experiencing symptoms, it was very important for everyone involved in it to try to keep it out of the public eye [...] with the concept of ‘once we know we can say it, but we don’t want to get people worried’”. So his wife would cover for him on occasions, thinking maybe he just needed a slower pace.

While everyone knew something was going on, nobody really knew what was going on, as not even Robin could articulate it, despite his best effort to ask for help in whatever way he could. In times like these, providing unconditional support while also being mindful of the person’s need for his/her own space is key.

Understanding the difference between a stereotype and a symptom

Those publicly scrutinised tend to be held to a much higher standard than most. Between the circumstances surrounding Williams’ death, the speculations around the reasons behind the suicide and his openness regarding substance abuse, everyone rushed to fit him into a stereotype. Norwood explains that this is a common issue on the comedian scene and “the idea that Robin was getting tossed in with that group, the Jim Belushis and Chris Farleys of the world, was really troubling, because that’s not a club that they want to add more members to. [...] The idea of a sad clown is a lazy trope that doesn’t even do justice to the people it might apply to”. So Norwood set himself on a journey to retell the story of Robin’s final months of life.

Lewy Body Dementia disease changes the functionality of the brain by shutting certain parts off. Robin Williams was having crippling anxiety attacks, motor issues, delusional hallucinations, and was unable to enter REM sleep, and that deregulation of brain cells led to a deeper depression, which is one of the main symptoms easily to be confused with something else.

Your identity is not your disease or your work

As Norwood sums it up, “the man behind the work was better than his work”. Changes in personal and professional aspects, however, proved very telling for his struggle. According to Norwood, “he himself knew something bigger was going on”, but the stigma around this topic made him “very conscious about the way he spoke about these deeply traumatic things that he was experiencing because he had a lot of shame about it”. Williams was unable to discern between what was real and what wasn’t, and he was afraid of being put away or badly treated.

Robin’s Wish is a testament to more than who Robin Williams really was, and it is more than simply an acknowledgement of his real struggle. It is a cautionary tale in support of all people dealing with such symptoms who are either dismissed or misunderstood. The podcast episode provides details of solutions such as remote testing, and urging everyone to look after each other.

To find out more, listen to the full conversation here

Why do we grieve for people we don't know?

Caring for someone with dementia

Does therapy benefit people with dementia?