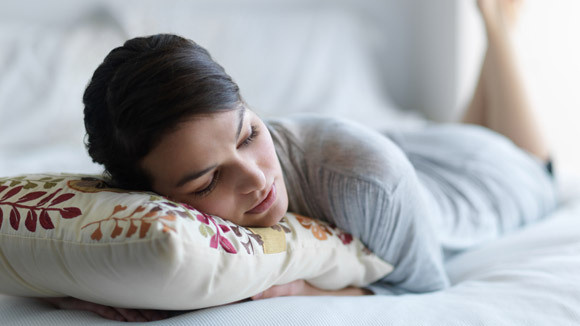 Laura came to see me four months after giving birth to her son Jude. She described the joy of conceiving a much-wanted baby and a ‘textbook perfect’ pregnancy during which she felt physically well and the ‘happiest I’d been for years’. Her son was born at home in a pool, with no pain relief, with her partner at her side. All - from the outside - seemed so well. Yet a few weeks later Laura began to feel very low and unbearably anxious: she couldn’t sleep as she worried so much about Jude’s health and growth, and spent much of the day tearful and unwilling to leave the house. After some persuasion from her partner, she contacted me for support. It hadn’t even occurred to her that she could be suffering from post-natal depression - an illness that at least one in ten mums suffer, and probably many more.

Post-natal depression (PND) isn’t easy to define neatly, and can look very like depression experienced at other times of life. It can develop soon after birth, but may also emerge weeks or even months after, and it can go unrecognised for even longer. Symptoms vary but often involve negative thoughts and a lack of motivation, feelings of loneliness and incapability, tearfulness, sleeplessness and anxiety that can become crippling. Many sufferers also feel guilt about their low state, fearing they are ‘bad mothers’ as a result. Some, like Laura can become excessively worried about their baby being harmed, although Laura was saved from the more pernicious thoughts that she could, or would, inflict harm on her baby, as some mums do. But Laura was convinced Jude’s early ‘latching’ problems in breastfeeding was down to her, and that Jude was still suffering from the trauma.

Traditional estimates (such as the Royal College of Psychiatrists) suggest PND affects 10-15% of new mothers, although many others think this estimate is far too conservative. The Royal College of Midwives surveyed 500 women (back in 2007) that suggested a figure of 20% suffered, while Netmums ran a poll in the same year that revealed that a staggering 52% said that they had suffered or felt they had suffered with a postnatal mental illness. Given many women feel ashamed to admit they are feeling unwell, or may even fear that their baby may be taken away from them if they do - the figures may be even higher.

There may be an obvious reason that PND strikes - and research suggests that women are at an increased risk if they have a history of depression, a lack of social support, are very young, have a sick or premature baby or an abusive partner. Other causes have been researched and discussed, but there remains no definitive answer - some have suggested biochemical and genetic explanations including hormonal imbalances and vitamin deficiencies. But there may well be no ‘obvious’ reason, as Laura said herself.

Less ‘obvious’ perhaps, but I understand what contributed to Laura feeling so badly about herself and new motherhood. I see more and more mums like her who feel the weight of society’s expectation to mother in prescribed, and demanding ways. Fifty years ago, hospitals had a 10-day confinement period, when a baby would be kept in a nursery while a new mum could recover from birth. She would be sent home feeling confident about feeding, washing and handling her baby, to a home with extended family on hand to help out.

Women today enter a motherhood unlike my mother or grandmother would have done: she leaves hospital soon after birth to a smaller network of support. I know women who have been discharged less than 24 hours after a C-section. She may well be thinking about a job to get back to, a pre-pregnancy figure to return to and endless ‘best ways’ to parent a new child. An industry has developed for telling mothers how to mother. Newborn babies can be taken to music classes, yoga classes, ‘baby signing’ classes or others sold to ‘better’ any child’s chances in the world. It’s no wonder women can feel overwhelmed and incapable, and indeed fearful of speaking up when things feel bad.

Laura was lucky to have resources to work with me in therapy, and to have helped herself at a relatively early stage. Such early support to mothers is vitally important - not least because these early days with a newborn are so important for his or her later development. Do speak to your doctor, health visitor or visiting midwife if you suspect you are suffering PND. They may ask you to fill in a questionnaire or ask the following questions, which you can ask yourself: