Q+A with Graham Norton: Agony Aunt for the Telegraph
Find a therapist
Find a coach
Join as a practitioner
Log in/register 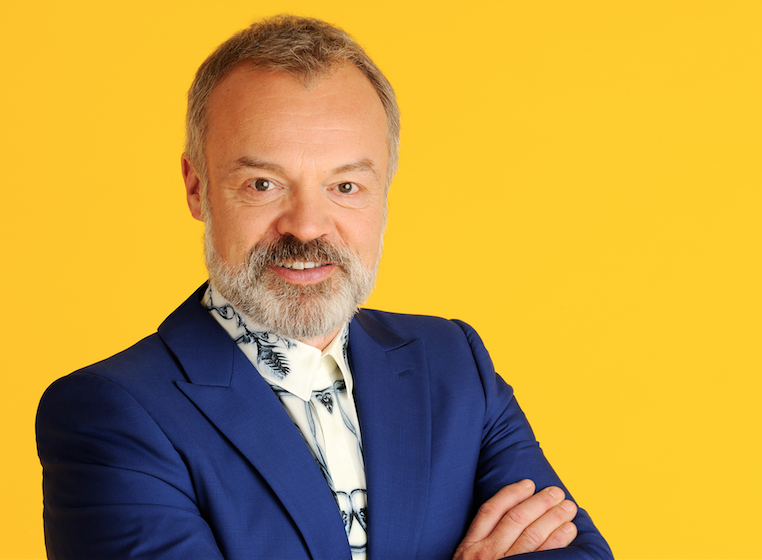 Q+A with Graham Norton: Agony Aunt for the Telegraph

Graham Norton is the most successful talk show host on British television, with the Graham Norton Show airing on the BBC for more than 10 years. He hosts a Saturday morning Radio 2 show, and his first novel Holding, a family story set in his native Ireland, has just appeared in paperback. And, if all that wasn’t enough, he is also the agony aunt for the Daily Telegraph.

It came out of the blue. I got a call from my agent saying the Telegraph wanted to know if I’d be interested. Interested? Little did they know that they had stumbled upon my dream job! I’d always wanted to do a late night radio show where you go ‘ next caller’ and listen to tales of desperation … this was the next best thing. I’ve done it for nine years now. It was every fortnight, but for the last three years it’s been every week. It is a lot of letters!  But I still genuinely love doing it, and for me what makes it pure enjoyment is that it isn’t a dialogue. They spew their guts, I spew my guts, and that’s the end of it. I'm allowed to not like them or think they’re stupid, whereas in a room together I’d have to tolerate them or hide my animosity.

I do think I’m quite good at it. Friends recognise that I’m a good person to talk to if they need advice. But I don’t know why I would be any good at it, as it doesn’t benefit me in my own life in any way. As they say, you can dish it out …  Sometimes I will literally be writing a response to something similar to my own life and I will think this is very good advice, I wonder why I didn’t do this? It seems that in your own life you get as bogged down as the people who write to you. When you’re in a bad situation, it’s very hard to see it clearly.

Writing in a national newspaper you have to be careful . If you are struggling with depression or substance abuse or something really quite serious, a nice letter back from me won’t help a great deal, so I am always at pains to say you should seek out a professional if that is appropriate.

At the  beginning I got a lot of people who were single and had been for a long time and didn’t want to be. Right now I am getting many from parents with grown up children —- essentially grown-up children they don’t like very much. Either the child is behaving appallingly and the parent needs to do something about it, not just accept it; or the child is living differently, with different value systems - and that’s all right, so I will tell the parents to accept it.

Are you ever critical?

I do often say you’re an idiot. Like I had one recently where a woman had no reason to suspect her boyfriend was being unfaithful  but her suspicions were ruining their relationship. I had to tell her it’s amazing he hasn’t dumped you or started cheating on you by now - you’re making his life miserable.

I would say that every week in at least one letter counselling is mentioned – grief counselling, marriage counselling, therapy for depression  - I let them know that they need help. I can help for a few minutes in the column, but to actually get through their problem, they will need more help.

Do you ever suggest self-help books?

No, I never have. I am sure there is useful advice in the best ones, but it seems to me that talking to someone about the specifics of your grief is going to be far more useful. That’s got to be a more satisfying tool.

Have you ever written to an agony aunt?

No, but I have done journal entries, which are very similar. I believe the biggest thing you can do with a problem is to write it down. It makes it tangible because often in your life, you don’t even see the problem. You wake up and think “My life is shit”;   you don’t think “This bit of my life is poisoning the rest of it, and i need to do something about that”. For me, the biggest service we supply is the address to send a letter to rather than anything said in the reply. I think they will have got more from writing the letter than they will from reading my reply.

Oooh, let me think. It was probably my mother when i was going to school; she told me, don’t react. Bless her, she recognised that I was the sort of kid who could easily be bullied, and hers was very good advice, because bullies do like a reaction. So I did escape a lot of bullying at school. It has made me emotionally distant as an adult, but I feel but in the short-term it was very useful.

Have you ever had therapy?

Not really. What I did have was some friends who were training to be therapists who would do trainee sessions with me. I found it fascinating to discover all the fiction that is included in our own stories. We have a version of our lives that we think is true. But by sitting with these people I realised that what I first told them wasn’t true at all once I'd thought about it for 10 or 15 minutes. That did surprise me. I didn’t realise that I had recreated so many moments of my life.

I don’t know - but I do think I won’t be. I’d probably give the same advice, whatever the age. But our generation might be very upset by something, but for the younger generation it may be accepted as normal behaviour. In that case, they’ll need a different advice columnist.