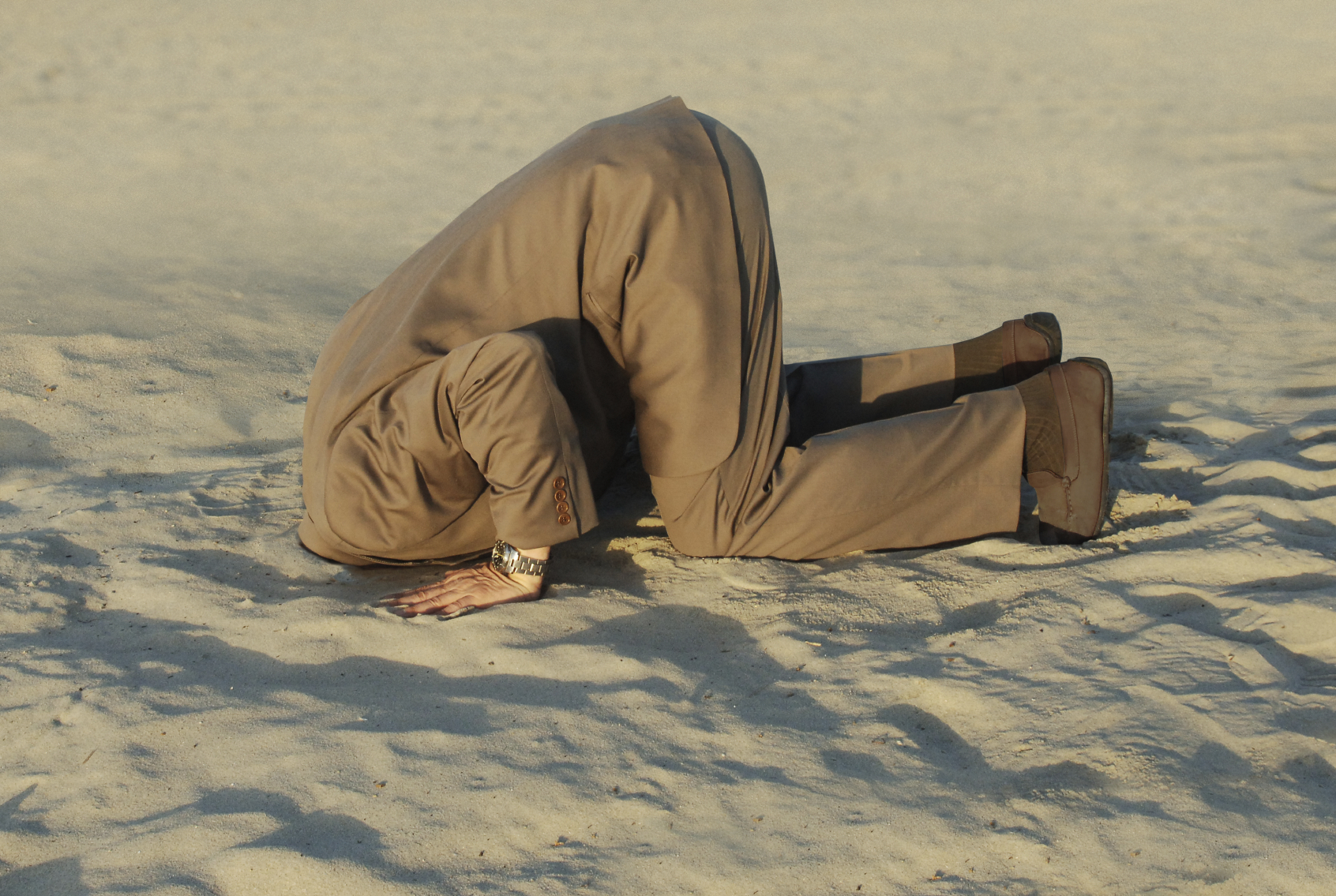 The Psychology of Turning a Blind Eye

I recently saw the documentary about Scientology called ‘Going Clear: Scientology and the Prison of Belief’. It was fascinating and horrifying. Several former members were interviewed, some having been in the Scientology movement for over thirty years.

One man, Paul Haggis, an Oscar winning film director, was asking himself how he could have stayed so long in Scientology turning a blind eye to the flagrant abuses. He felt deep shame at his acceptance of what should have been completely unacceptable. His eyes were finally opened by the public homophobic stance of the organisation. He has two gay children and they had revealed to him how they had suffered in the Scientology movement.

So what makes seemingly normal, intelligent people accept things that are indefensible, even criminal?

So what makes seemingly normal, intelligent people accept things that are indefensible, even criminal? Jimmy Saville comes to mind. He preyed on the vulnerable for over five decades. His behaviour was a ‘public’ secret, yet he was friends with some very powerful people. Is there anything that links these disparate examples, which might explain how it is so often easier to ignore troubling information than to react appropriately?

There are I think more similarities than at first might appear. Daniel Shaw in his book ‘Traumatic Narcissism’ proposes that what cult leaders have in common is that they are narcissists with a need to dominate and control. The reality and the needs of the leader/organisation are paramount and punishment for disobedience is severe. Most people enter a cult or group like Scientology because it seems to hold answers to life’s difficult questions. Friends are made, and you feel part of a family. Progress through the hierarchy where more and more is ‘revealed’ is financially very costly. People who reach these ‘higher levels’ are admired and also arguably have more and more to lose. This is where our psychic defences of ‘rationalisation and denial’ come into play.

It is painful to see that what one has invested in emotionally and financially is profoundly dysfunctional. We are relational creatures and our natural instinct is to protect what we have loved and idealised. If something is happening that challenges our beliefs or threatens our security one way of coping with it is to ‘explain’ it away or deny it.

If you expose failings you might threaten the institution itself.

As psychotherapists we all see clients who as children took the blame for their parent’s failures. Moreover if you expose parental failings you might threaten the institution itself. Many children do not reveal their abuse because it would ‘destroy’ the family. So on one hand there is the need to keep an image intact of what you have believed in and on the other is the threat of what happens if you do take action. In the world of Scientology the punishment can be extreme. You are cast out and called a ‘suppressive’ person. No-one in the movement can have contact with you, including your family and former friends. This policy is called ‘disconnection.’ Threats and harassment are the norm. Is it any surprise that it is easier to turn a ‘blind eye’ and make excuses such as the survival of the organisation being more important than any individual? The Catholic Church when protecting its clergy from accusations of sexual abuse used this same excuse.

Was a similar dynamic at work with the decades of ‘blindness’ that surrounded Jimmy Saville? Of course there are major differences but I believe that the same defences of ‘rationalisation’ and ‘denial’ come into play. Saville was a celebrity and people have an instinctive admiration for fame and wealth. He was friends with some very powerful people in the establishment. Mrs Thatcher suggested him for a knighthood. He had raised over £40 million for good causes and like the Scientology leadership he protected himself with an extremely litigious legal team. To challenge or expose Saville was never going to be easy. Organisations such as the BBC or hospitals like Stoke Mandeville ‘needed’ Saville to be a decent man. If they exposed him, they also exposed themselves to potential loss of income, heavy legal threats and crippling legal fees.

His great niece, Caroline Robinson, told how he had twice molested her with the full knowledge of his sister, her grandmother. You can read it here. She is quoted as saying: ‘if we blabbed on Jimmy, the family would have been left with nothing’. They therefore denied that he was a paedophile to protect themselves.

So we turn a blind eye when we think it is ‘easier’, or in our ‘best interests’ to do so and because the consequences of taking action are felt as frightening or unpleasant. It is painful to have your beliefs shaken or your position threatened and none of us are immune from making life simpler for ourselves. But the words of the philosopher Edmund Burke: ‘the only thing necessary for the triumph of evil is for good men to do nothing’, are well worth taking note of.

Spotting the signs of emotional abuse

Growing up in the Rajneesh cult: my life in orange by Tim Guest