Postnatal Depression: What it is and How to Deal With it
Find a therapist
Find a coach
Join as a practitioner
Log in/register 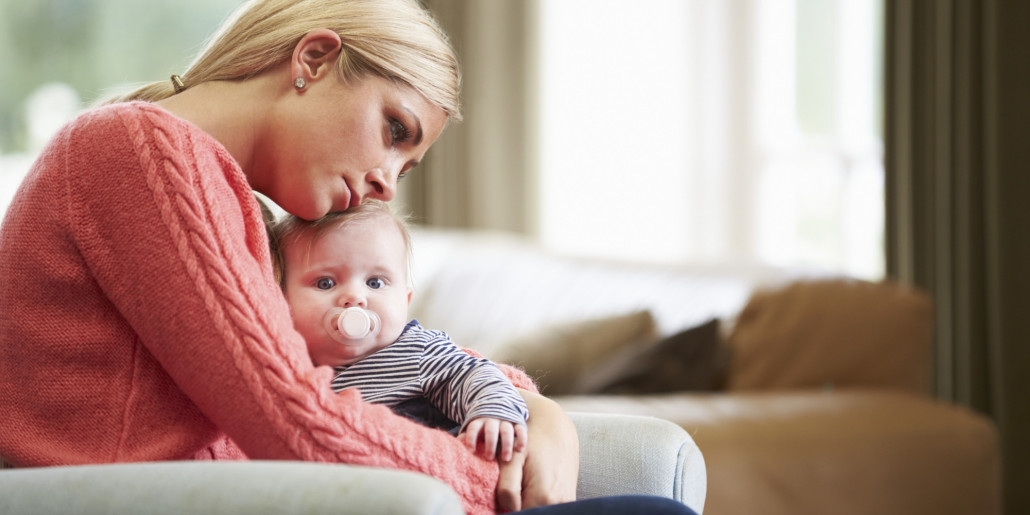 Postnatal Depression: What it is and How to Deal With it

Estimates suggest that between five and ten percent of women suffer from postnatal depression after having a baby.

It's normal to have what's known as the 'baby blues' to some degree in the days and weeks after the birth, this generally involves feeling more tearful and vulnerable than usual and doesn't last very long.

When these feelings become persistent and are joined by other symptoms, then postnatal depression may be diagnosed. Unfortunately, due to the misconception that postnatal depression means not bonding with your baby many women don't realise they have it and don't seek help. Struggling to bond with the baby is the case for some sufferers but by no means all.

Common signs of postnatal depression include feeling sad and hopeless, frequent tearfulness, irritability, having trouble getting to sleep and staying asleep even when not being woken by the baby, losing interest in things previously enjoyed and lacking motivation.

These symptoms are common in all types of depression but sometimes, postnatally, women feel disconnected from their baby and may have thoughts of harming them which can be very frightening.

Also women often feel guilty about having these negative feelings and not enjoying what is often seen as the happiest time in a woman's life.

Anna* had her first baby in her early thirties, she had always looked forward to having children and despite knowing that it would be hard work, had assumed that she would enjoy it. However, as her baby approached his first birthday, she realised that she was feeling miserable most of the time and often fantasised about her life before he was born.

She loved her son and felt very guilty about some of the thoughts and feelings she was having, which she had been repressing for months and it was a huge relief for her to be able to talk about them. She had recently moved to a new area far away from family and friends, she was under financial pressure as she was working less and she was sleep-deprived as the baby often woke in the night.

This combination of social isolation, financial stress and lack of sleep all contributed to the way she was feeling and are often factors in postnatal depression. When Anna started in therapy she revealed that she often felt resentful towards her partner and her baby as she always had to put their needs first and felt she never had any time for herself. She realised that she was used to being accommodating of others and had never been very good at asking for things for herself.

She had been able to manage living in this way before having a baby, but afterwards the demands on her were just too great and she was struggling to cope. It's quite common for mothers to make their own needs the lowest priority and focus on looking after others, however this frequently leads to them feeling exhausted, miserable and resentful.

During the therapy it became clearer to Anna that repressing her own needs was having a negative effect on her, her partner and their baby and that she was not being selfish in looking after herself, in fact in order to care for her baby it was vital that she also cared for her own physical and emotional wellbeing.

Over time she talked to her partner more and shared how she was feeling. He knew that she wasn't happy and had been concerned about her but had felt excluded and powerless to help. When she was able to be clearer about what she needed he was willing to compromise and together they discussed how they could manage their lives so that both had some time for themselves.

Over the weeks we worked together Anna had several setbacks; it wasn't easy for her to change her patterns of behaviour, she struggled to identify her needs and often slipped back into feeling guilty and self critical, but she persevered and things improved for her. By doing some things for herself, such as seeing friends more regularly and going swimming once a week, she started to find the time she spent with her baby more enjoyable. Her relationship improved as she let her partner know how she was feeling and negotiated with him, rather than keeping quiet and letting resentment build up.

If a woman has had bouts of depression before it is more likely that she'll suffer from postnatal depression. If she's finding life difficult anyway, having a baby will probably make it harder and often things that were manageable before having a baby, such as Anna's habit of repressing her own needs, become much more difficult to cope with afterwards.

Having a baby is always a huge adjustment and like any significant life change it can be very difficult. Unfortunately motherhood is often portrayed as something that women should take to easily and enjoy, which means that the many women who struggle with it feel a sense of shame and failure and find it hard to ask for help. It's crucial that these ideas are challenged and more women feel able to acknowledge their difficult feelings as with the right help and support most women will recover well from postnatal depression.

*Anna is a composite rather than an actual client.

How to help a friend with postnatal depression

Why postnatal recovery and rest matter

4 steps to recovery after a traumatic birth experience