Can Exercise Make You More Creative?
Find a therapist
Find a coach
Join as a practitioner
Log in/register 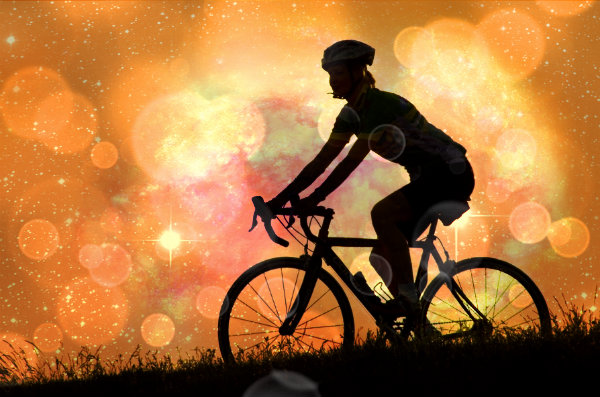 Can Exercise Make You More Creative?

I'm tangled in the threads of an idea for a story. Everything's there, but I can't bring the different aspects of the piece together in a meaningful way. I need to free up my thinking, so I go for a run. After 45 minutes I have worked out what's missing, where I'm going wrong, and how I'm going to start.

For me, running allows thoughts to bounce around my head and sort themselves out. If I don't have a specific problem to solve, I often find ideas for stories wandering into my mind – some of the best have come while running.

There is no definitive answer as to whether aerobic exercise enhances creativity, but research suggests it may do. A 2005 exploratory study in Creativity Research Journal looked at the potential immediate and residual effects of aerobic exercise on creative thinking; initial results suggested that exercise did have a positive impact, both immediately and up to two hours afterwards. A 2013 study in Frontiers in Human Neuroscience was more conclusive, suggesting that aerobic exercise affects both divergent and convergent thinking, the main ingredients of most creative thinking.

I ran the question past a range of creative people: authors, illustrators, designers, artists and photographers. Most of them were adamant that exercise helped them in their work, speaking of the benefits in terms of separation: a way to distance themselves from the pressure of making something work at the computer, or to isolate their thoughts, distractions and anxieties. In What I Talk About When I Talk About Running, novelist Haruki Murakami calls this separation "my own cozy, homemade void, my own nostalgic silence."

Running, swimming, walking and cycling all featured as ways to resolve “plot knots" and “roadblocks", confirming the theory outlined by Christopher Bergland in Psychology Today (2012), that exercise "allows the conscious mind to access ideas that are buried in the subconscious". Or, as thriller writer Rob Pateman puts it, “fighting for breath cycling uphill or swimming another lap takes my conscious mind off plotting".

Some suggested that a morning walk or run helps them better concentrate on work afterwards, which supports effects found by the 2005 study. Others, such as artist Anna Lorimer, spoke of it as producing the right frame of mind in which to create: “Exercise helps because it makes me feel calm and balanced after. Calm is the best emotion for me when it comes to my work."

Haruki Murakami draws parallels between the processes of running and writing: 'Most of what I know about writing I've learned through running every day.' He describes his thoughts while running as 'Clouds of all different sizes. They come and they go, while the sky remains the same sky as always.' Bergland calls this feeling the 'unclamping' that the brain needs for ideas to 'bubble up'. Illustrator Paula Knight wonders if the “hypnotic state" of her daily walk helps her, while poet Brian Moses describes the “rhythmical activity" of walking his dog through fields and up hills as enabling ideas for poetry.

Could it be, however, that this freeing of ideas comes about more by a change of scene or activity than with aerobic exercise per se? Playing with the kids, going shopping or doing DIY were also cited as improving creative focus, and Creative Director Helen Fuchs says, “the large majority [of advertising creatives] don't exercise at all. The stereotype of young people listening to music, smoking and drinking and working all hours is pretty constant." Instead, advertising encourages any change in activity to enable ideas to filter through: “I know creatives who re-arrange furniture while we are pitching". The 2013 study cited above recognised that its results also depended on the type of task in hand, and that nothing significant changed if an individual wasn't exercising regularly already.

Drawing firm research conclusions or generalising about such an abstract and individual concept as creativity is surely a dangerous game – there are too many variables at play. As long as it keeps generating ideas for me though, I will continue to run!

Why walking and talking therapy works