How I Switched One Addiction For Another, and How I Recovered
Find a therapist
Find a coach
Join as a practitioner
Log in/register 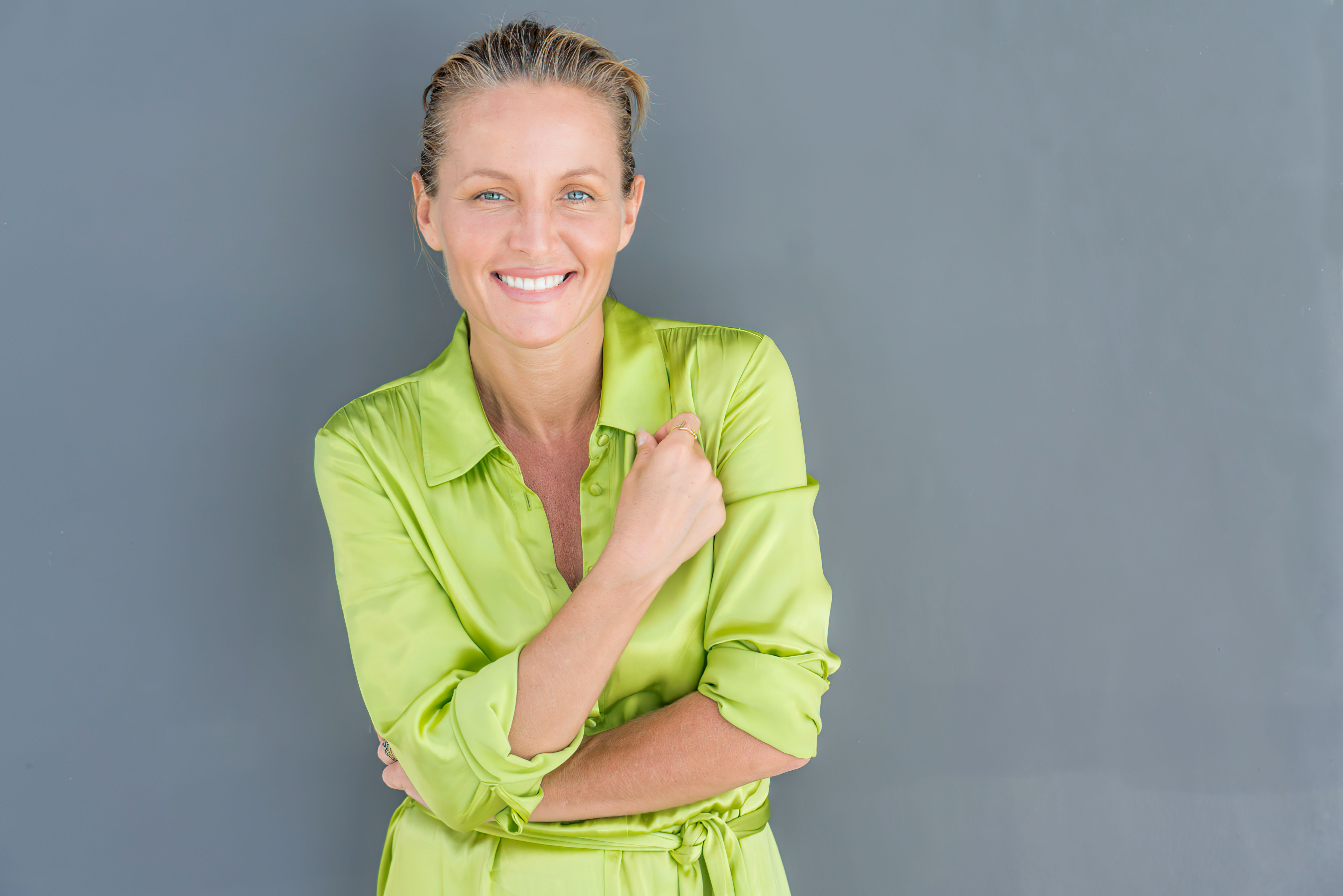 How I Switched One Addiction For Another, and How I Recovered

When I was 35, my mum died of breast cancer and I hit rock bottom. Deep in grief that was just too big to manage, I didn’t know how to deal with the stress I was feeling. I’d long ago given up the excessive drinking that had taken over my twenties, and so I took refuge in food. Lots of it.

I went off the rails and I ate everything I could get my hands on, so, on top of my overwhelming sadness, the weight piled on. My doctor warned me that I was borderline obese. My body was swollen, I felt constantly ill and some days I found it hard to get out of bed. I didn’t know how to get myself out of that hole.

I knew the way I was living was unhealthy, but I kept putting off getting healthy until the next day. This might sound familiar to you. It’s so easy to make those promises that everything will be different tomorrow. But when tomorrow came, I didn’t do anything to help myself because I didn’t know how, and most of the time I felt so rubbish about myself I didn’t feel like I was worth it.

I wasn’t exercising because I was too tired even to go for a short walk around the block. When people say, ‘Just start with a small walk and build from there’, they don’t realise how overwhelming even a walk can feel when you have nothing in the tank. I found it was much easier to have a bar of chocolate to feel better, because the sugar gave me an energy hit and a temporary bit of comfort from my intrusive thoughts.

I’d always had a tendency towards self-destruction, and I’ve never really understood why. Back in my late twenties, I was running with the ‘cool’ crowd, I had a wardrobe full of nice clothes and I was married with a baby. From the outside, I had everything, but inside, I felt like I was drowning. I felt negative, I felt like a failure, and I couldn’t see a way out. I was living a ‘fairy-tale’ life, so why did it feel like a nightmare?

In the end, my no-nonsense mum forced me into rehab 2009, so I was far away from temptation. I was there for 12 weeks and I came out clean and sober and I began trying to turn my life around. I started attending AA meetings and I had to cut ties with people who had been a destructive influence in my life.

Rehab isn’t a one-and-done situation, it’s something you’re engaged in for the rest of your life. That makes it sound like a prison sentence, but it isn’t. What you learn in rehab is that the little things you do to take care of yourself really add up to big changes in your physical and mental state.

Even though I’d quit booze and should have been on a high, my satisfaction in life was diminishing instead of increasing because my addictive brain was still searching out things that would make me feel good, like sugar. I’d stepped off the booze merry-go-round, but I’d hopped onto the next one, which was driven by carbs and anything else that could give me an instant fix’. For some people that fix is gambling or sex or shopping, but for me it was food, and all the toxins from the processed junk I was eating were limiting my ability to produce serotonin, the happy hormone. So it stands to reason that sometimes I missed that warm feeling of alcohol. I hadn’t found alternative healthy ways to feel ‘good’ at that point.

I had never heard about the gut/brain connection which connects what you eat to how you feel. No one had ever told me, as I later found out, that I was oestrogen dominant and that was affecting my mood. All I got told was that if I put down the booze everything would be OK. But that was only the beginning. I had so much more to learn, and it’s taken me years to do it. So many people relapse after getting clean, and I do wonder if it’s because we don’t learn about healthy ways to feel good. We’re not educated about how what we eat affects our mood, and why certain foods will make us fantasise about ‘the good old days’. I honestly think that learning about nutrition and exercise is the reason I’m sober today.

It took me a long time to find the thing that was going to make me feel naturally good, and as it turned out, that thing was the (sort of!) simple act of taking care of myself. I had to learn how to ditch my destructive old habits and replace them with good ones, but it wasn’t an overnight process. I made a lot of mistakes along the way.

Things started to really change for me when I read a book called The Diet Myth by Tim Spector, professor of Genetic Epidemiology at King’s College London, and I learned about bloating and the gut microbiome. I also started thinking about the connection between alcoholism and trauma. That’s when my interest in genetics began and, armed with new knowledge, I started piecing things together.

I started counting chemicals in food instead of calories. Whenever I’d gone on a diet previously I’d restricted the number of calories I’d eaten. I’d happily eat three ‘diet’ biscuits for breakfast but I wouldn’t go near an avocado because it was too calorific, and there’s no such thing as a low-fat avocado.

What I hadn’t been aware of is that our bodies can easily process an avocado because it’s natural and it contains ‘good fats’. But those biscuits? They were packed with chemicals – fake ingredients and inflammatory fats that were making me ill, only I didn’t know it.

When I got pregnant with my fourth son Jude, I started eating a paleo diet to be healthier, which you’ll no doubt have heard of. The paleo way of eating is about getting as close as possible to the diet of our ancestors – cutting out processed food and chemicals, and sticking to meat, fish and vegetables. All of a sudden, I understood how what I ate when I was pregnant could affect the baby’s developing gut microbiome, and that what I was putting in my mouth was having a direct effect on him and on me. It was fascinating, and I felt so much better.

After I had Jude, I lost weight quite quickly, because my hormones were more balanced due to my diet. I wasn’t actively trying to lose weight, but instead I was trying to work with my body instead of against it for the first time in my life. I stopped seeing my body as the enemy, and started to see how I could understand it, and give it what it had been needing all along. I started to eat so that I would feel better, and looking better was the side effect rather than the end goal.

I’m not suggesting that everything in my life is somehow magically perfect now, though. My mental health and addiction issues are something I am incredibly open and honest about, and I’m certainly not zen all the time now. I’m human! I have to get four kids to school on time every morning, and I still go crackers if I get a parking ticket.

What I learned is that so many of the issues I was facing back then came from trying to pretend I was something I wasn’t. We all do this, right? Trying to pretend you’re happy and fine, even when you’re depressed. Trying to be understanding when you’re angry. Let me remind you that you’re not a bad person because you’re feeling pissed off about something. You are allowed to have feelings.

We all have flaws and we’re all trying our best. We all get angry at times, and that’s OK. I love the fact that there is so much more transparency now, because it’s helping to normalise being normal!

Everyone has stressors. We all have our own film that is constantly playing in the background, whether we’re struggling due to family illness, relationship issues or worrying about our kids. I have learned that modern stresses – the non-stop news alerts, the family demands, an actual global pandemic! – put us all in fight-or-flight mode. We’re on constant high alert, and that makes us stressed, and stress makes us crave ways to chill out – which may be carbs or sugar. (We eat them because they work.) One of the most important ways to begin to turn that around is to learn ways to switch off and give our bodies and minds a chance to recover. If your body is telling you that you need to take a break and relax, go and do it. It’s not because you’re lazy, it’s because you need it. We all need to learn to read the signs and take care of ourselves, because no one else is going to do it for us.

Davinia Taylor is the author of It's Not a Diet

Shame, guilt and your relationship with food