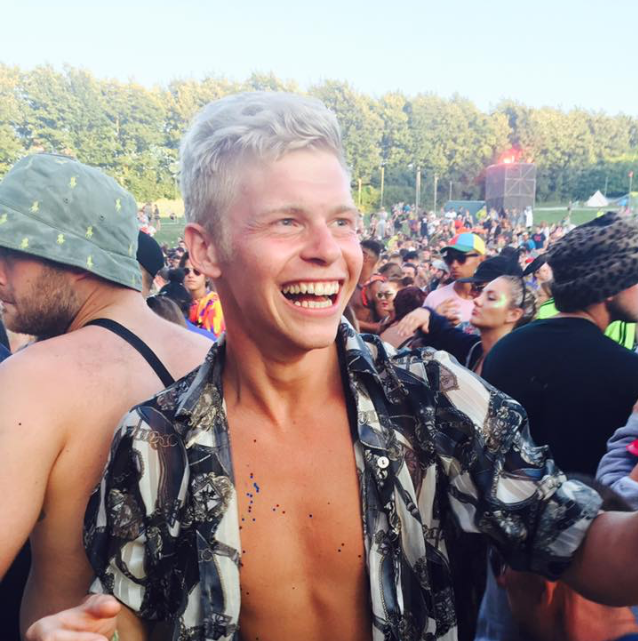 How Positive Male Role Models Helped Me Turn My Life Around

My frient Bilau told me about A Band of Brothers, but I didn't know much more at that point other than the fact it involved going into the woods and it was a way of starting the repair process emotionally. I thought I’d have to go for it. I liked the sound of it. And it has changed my life so much for the better.

When I was younger, I was disruptive because I had ADHD. I was very naughty as an eight-year-old. I couldn’t sit still, which is an understatement really. In my teens, it got worse, I was breaking windows, stealing cars and more. My mum was a great mum but she didn’t know how to cope with me. And she worried a lot about me. If she tried to stand up to me, I’d put a hole in the wall. I was exhibiting controlling behaviour, but I didn’t realise it at the time.

When I was 17 my mum took her own life by throwing herself off a cliff in Rottingdean. She didn’t have anyone she could turn to for help with me and my behaviour, and couldn’t cope any more. And she’d already tried to kill herself a couple of times before that within the space of three months. I didn’t realise at the time that she was so worried.

When my mum died, I spiralled out of control. I was on my own. I don’t have any brothers or sisters. My father’s not around. I ended up hanging out with the 'bad boys' and I robbed a take away biker at knifepoint and received six years in prison.

I spent most of my sentence in Portland. I have to say the staff there were incredible. They were very supportive towards me. I got bereavement counselling. It was a pivotal time for me. I also had a youth offending worker, Jo Bates, who gave me so much support and had faith in me. That made a huge difference to who I am today.

In 2012 I took part in ABOB's Quest; this is the rites of passage weekend for the young men which is very powerful, supportive and challenging. I enjoyed the brotherhood, the cooking and the vibes there but I wasn’t ready emotionally to do the work. That came later in the weekly sharing circles. They happen every week in each ABOB community and they are a space where the young and old men meet and share emotionally what’s happening to them in their lives. There’s very much a feeling of equality. They are very much a place to practice emotional intelligence and vulnerability.  The weekly sharing circles have been vital. Transformative. They are my sanctuary, I feel plugged in, grounded and connected when I am there. And they have really helped me to face who I am, and what happened to me in my past. They have been extraordinary.

Part of the ABOB set-up is that older or more experienced members act as mentors. My mentor was Aaron Schwartz who is an actor and a comedian. He had a major calming effect on me. He taught me meditation and chanting. He got me to stand back and go inside myself, instead of reacting straight away.

Being part of ABOB, having the other men around, makes me feel strong and not alone. They are a huge support. There were times when I needed work to survive and always someone would come up with some for me. Also when I moved, I had nothing, no furniture so I asked at a meeting, by the end of the week, I had everything. That was incredible.

My mum encouraged me to act when I was a teenager. She got me into a Saturday group to try to keep me off the streets and trouble. Then I was offered a scholarship doing drama at 14. That was one of the best decisions I ever made. I learnt ballet, tap and more. I was like a Billy Elliot. I did get kicked out after 18 months but it had a lasting effect.

At the moment, I’ve being trying out my own stuff, and I have an agent now. I’ve been going up for ads and have done a few music videos.

I didn't always, but I now feel very positive about the future. Next I want to move to London so am thinking of a way to do that. ABOB has been life-changing for me.

I'm trying to help men with depression - this is why