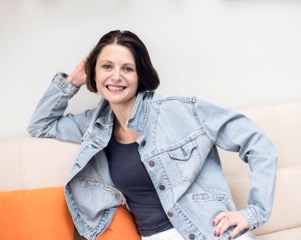 How Anti-Depressants Stole a Year of My Life

Three years ago, I found myself in a mental hospital in London. I looked down and saw welts on my arms where I had torn my skin apart. There was a mirror in the tiny room where I’d spent most of the last four weeks being taken off five anti-depressant and anti-psychotic drugs. I stood on the metal bed and struggled to recognise my body beneath the hospital gown. I used to be a keep-fit fanatic. Now I was three stone heavier. But that was the least of my problems.

I had a vague recollection of the last year, which I later called the year my life was stolen. It had started with sleepless nights while getting divorced. A psychiatrist prescribed the anti-depressant escitalopram and mirtazapine. Within days I was hallucinating, believing I had attacked my children. In fact I had attacked myself with a kitchen knife but I have no recollection of that.

I ended up in a private hospital where doctors thought I had psychotic depression after I told them I was being filmed and had a suicide pact with God. The psychosis ended after I said I wanted to stop taking the anti-depressants, although doctors insisted I take more pills. This began a terrible decline where I couldn’t leave the house, dress myself, or even finish a sentence. Worse than that, I couldn’t feel love for my children, then aged 10 and 11.

Luckily, I got better. My private insurance had run out so I ended up sectioned in an NHS hospital. And there the doctors made a decision that saved my life. They took me off all five drugs. I was climbing the walls, screaming and shouting, going through excruciating cold turkey.

But then, as if by magic, I woke up one day and I was fine. But I needed to unravel what had happened. Before I became a dribbling mess unable to finish a sentence, I had been a documentary director making investigative films for the BBC.

It didn’t take me long to discover that a significant number anti-depressants have some bad side effects: hallucinations, psychosis, hostility, increased depression, suicidal ideation. I went on to discover that billions of dollars have been paid out by drug companies to relatives of victims. Courts around the world have ruled that people have died as a direct result of these drugs.

Following publicity about my story, I was contacted by many whose lives had been ripped apart by psychiatric drugs. My sadness is that these tragedies could be avoided if doctors recognised the signs of drug toxicity.

In every case I’ve come across the sufferers have akathisia, which is an inability to sit still accompanied by an acute inner anxiety. It’s a hallmark of drug-induced toxicity. I experienced it myself; acute insomnia, violent dreams and visual disturbances are other side effects.

People often point out that these severe adverse effects only affect 1 per cent of users. However with over 400 million worldwide taking psychiatric medications, a small percentage is a very large number.

When I woke up in that mental hospital in 2013, I thought my story was unique. Now I realise I’m lucky to be alive and that the year my life was stolen by side effects of medication pales into insignificance when compared to the stolen lives of the people who are in my book and contact me daily.