First Time at Therapy: You Might Say More Than You Realise
Find a therapist
Find a coach
Join as a practitioner
Log in/register 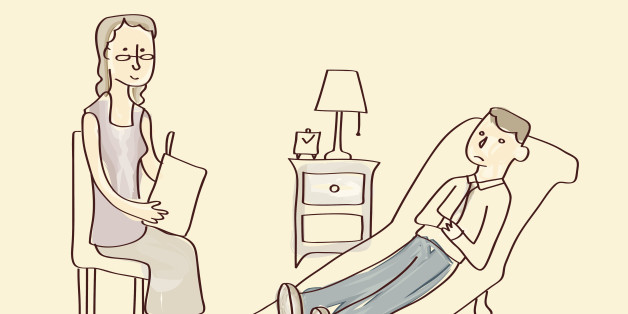 First Time at Therapy: You Might Say More Than You Realise

“Have you ever seen the Runaway Bride?” I asked a rather startled client, Ann, about halfway into our initial consultation. She had been finding it particularly hard to find ways of telling me about what had brought her to therapy and why. My sense was that Ann had been quite a scholar of How to Do Therapy before coming to the consultation. She seemed to feel that she needed to have already formed an analysis of her own predicament and was trying to convey to me how serious she was about pursuing treatment. But in the same way that each person who finds their way to therapy has their own unique story so they have their own way of telling it and if the therapist is worth their salt they will not only respect that but welcome the wealth of information it conveys.

Ann’s desire to impress me with her seriousness let me know that she cared very much about what I thought of her and suggested an anxiety that I might reject her if she didn’t seem entirely in control of herself and her emotions. We did go on to work together closely for a considerable time and her weekly sessions revealed a quite crippling fear of disappointing her parents which left her twisting herself inside-out to please. Catching the scent of this led me to ask about the Julia Roberts’ movie. My punt paid off when she said she had not only seen it but it was something of a guilty pleasure on a ‘duvet day’. Confident now Ann would recognise it I recalled the scene where Roberts’ character tries to work out what eggs she likes having been made to realise that she usually just ate whatever her boyfriend did. It clicked with Ann. Yes, she told me she could relate to that and would be hard pressed to tell me what she liked and what she felt she ought to like in life. The dialogue that followed between us was easier and more open. I had, at least temporarily, become less of an intimidating authority figure for whom she had to find the right answer and more of someone who wanted to know what she really thought and felt.

We don’t just reveal ourselves to our therapists through words

And we don’t just reveal ourselves to our therapists through words. I have a couch that is available to lie on if clients choose but it also presents an opportunity for each one to decide where they sit, which a fixed armchair does not. Some clients want to be told where to sit, some choose the furthest point away from me. Some hug cushions as shields, as comforters and even as substitutes for the children they want to talk about or mourn.

Everything is grist to the therapy mill. A client’s ability or desire to hold eye contact, the coat left on, the phone (or quite often these days phones) fiddled with or checked. But, ultimately, there is a transaction underway with the client paying for a consultation so it is important to think about what to say if only you can find a way to say it. Therapists are trained to read between the lines but it is worth rehearsing those a little. The more you are able to say the more easily a therapist will be able to divine if they are the right person to work with you, but a silence can be equally expressive. For some the sheer act of getting to a consultation can leave them emptied out and that will be respected too.

It does matter what you say in the first meeting, but it is not a test, not something to pass or fail and it is important to feel that the initial consultation can be extended across as many sessions as feels right to make such an important decision. Whatever needs to be addressed in therapy may be covered in a matter of months but some therapeutic relationships last years. I doubt many, if any, of Runaway Bride’s scenes were done in one take and there’s no reason why we should feel that the relationship between a therapist and a client should be determined in just one either.

The emotional power of stories in therapy