Email Anxiety: How to Make Sure You Get the Right Message Across
Find a therapist
Find a coach
Join as a practitioner
Log in/register 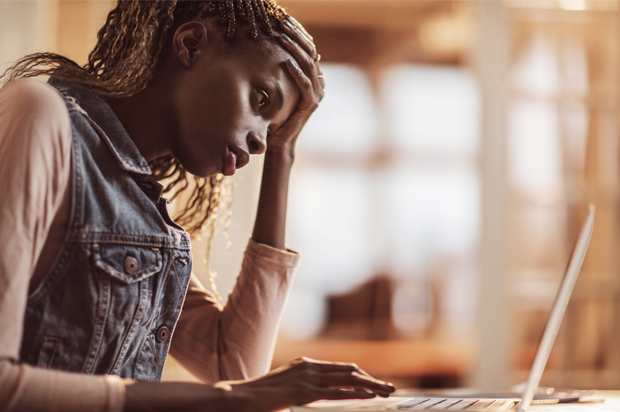 Email Anxiety: How to Make Sure You Get the Right Message Across

You’ve spent a good chunk of time writing an important and well-thought-out email to a colleague. You are expecting an equally brilliant and considered response. Hours go by before you see that familiar box pop up in the corner of your screen with this particular colleague’s email handle. You open the message to see, confusingly and unexpectedly, just a single word: ‘Yep.’

Negative thoughts abound: ‘Have they got the wrong end of the stick?’, ‘Perhaps they don’t have time for me?’, ‘Do they dislike me?’. Before long you are in emotional turmoil, or worse yet, are hammering out an impassioned response.

Experiences like this are common in the era of digital communication, both in our personal and professional lives. In the absence of conventional cues such as facial expressions, gestures or inflection, emails are rife for miscommunication.

Without such hints, an email’s interpretation depends heavily on the recipient. The meaning that you, or someone you are sending an email to, will derive from the words on the screen will be inexorably shaped and biased by emotional states and expectations. Particularly if a message is unclear, these factors will act as devil’s advocate ‘fill-in-the-blanks’. If someone is particularly anxious about being rejected or criticised, they might wrongly extract evidence of this in a message. If they are up against it and feeling stressed, messages may come off like imperatives.

It is true that a sender of an email is in a position to know precisely what message they wish to communicate, but studies show they’re not naturally inclined to put themselves in the mind of the recipient and consider the emotional or contextual factors mentioned above. Compounding this, researchers find that senders of e-mail are also almost completely unaware that their messages might be misunderstood.

In one study, communicators believed that almost 90% of the people who they sent messages to would be able to correctly guess the tone and meaning of them. In reality 37% were unable to. When the same communication was communicated by voice rather than written e-mail there was an improvement, but still some 26% misunderstood the communication.

You might be thinking that these findings aren’t surprising as studies often involve strangers who have no experience or history with one another. But the researchers considered this too and found that, regardless of whether people were close colleagues or had never interacted before, the results were exactly the same.

But while what we believe is being said in an email may have very little to do with what the author had intended to communicate, perceiving an email through a negative lens can have consequences for our mental wellbeing.

Psychologist Gary Giumetti investigated the impact of receiving either uncivil or supportive emails from ‘supervisors’. Participants receiving uncivil emails reported having lower mental, emotional, and social energy than they did when the emails were more supportive. They were more likely to report a negative mood, and their performance on an experimental math task was also diminished.

So what can be done to avoid this particular hazard of digital language?

Given that our understanding is shaped by emotions and thoughts emanating from our own perspective, it is good to get into the habit of considering the emails we send from a different viewpoint. You may be penning a communication in cyberspace, but remember that its another human being at the end of the message. Read your email as if you were that person. How would it make you feel? Could it irritate, sadden or critique you? If so, then you need to rewind and reword. Soften the language and make sure that your email is really clear.

And if you are on the receiving end of a confusing communication that you might perceive through a warped lens, give consideration to the alternative interpretations of that message.

Of course, it is possible that your interpretation will be correct in some instances, but remind yourself of the miscommunication that is inherent in a message landing in your virtual mailbox.

Better yet, take your communications offline and into the real world. This will reduce not only misunderstandings, but dishonesty too. Researchers at three US business schools found that work colleagues were more likely to be dishonest with each other in online settings rather than in actual meetings due to the lack of a face-to-face interaction. A follow up study also showed that business teams cooperated less and act in more self-serving ways when they communicated online instead of face to face.

Given that communication is not just about providing information to people but increasingly about persuading people too, there is no substitute for the human touch, whether that be empathy in online messaging, or good old-fashioned face-to-face interaction.