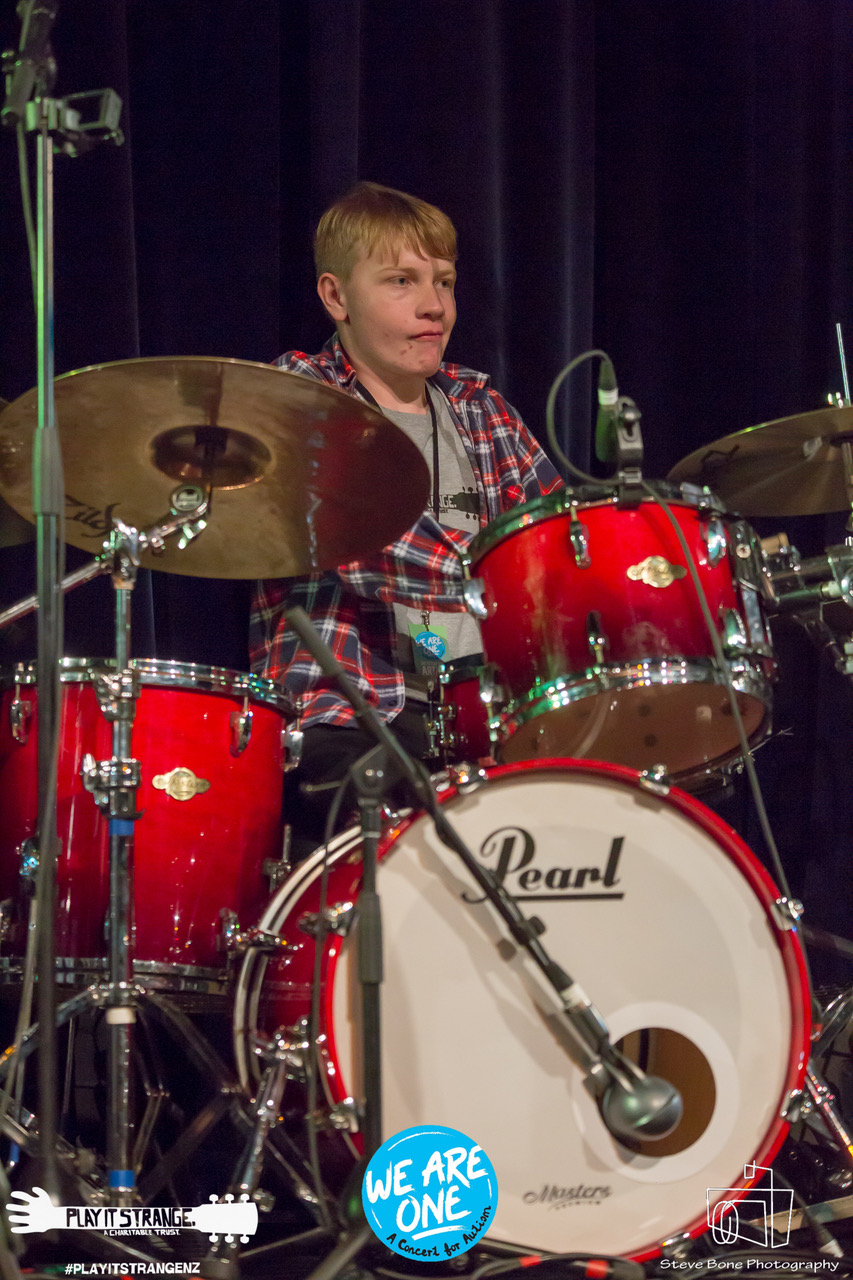 I am the CEO of the Play It Strange Trust which runs songwriting competitions across New Zealand secondary schools. I recently met a Rotarian who told me about his 16-year old son, Nick, who is autistic. Nick was learning the drums. I’m a bass player and I pricked up my ears. Rhythm sections? Well, it’s what we do.

“Does he have a band at school?” I asked. But his father told me that no-one would play with him. “What about his friends?” “He’s never had a friend,” he said. “Not one”. “I’ll play with him”, I said. “Will you play ‘Rust In My Car’?” his Dad asked. After being an original member of Split Enz, a rather well-known New Zealand band, I played in Citizen Band, a band in the late 70s, and Rust in My Car was our hit single. It was one of Nick's favourites. "OK," I said.

And that's how I ended up organising the Concert For Autism earlier in May at Sacred Heart College, where I'd gone to school. I put on my bass. Nick took his seat at the drum kit. And we played ‘Rust In My Car'. The Concert For Autism was a triumph. With seven teenage autistic musician/vocalists and nine pre-teen singers, the empowerment and joy was palpable. It was written on their faces and pouring out from the audience. But there was more to it than that. Iconic New Zealand recording artists such as Larry Morris, Jordan Luck and Peter Urlich, took to the stage with them. The oldest was 69 and the youngest five. It truly was something never to be forgotten. Television New Zealand filmed the story of two of the teenage autistic performers and here it is. A story that says it all in four minutes