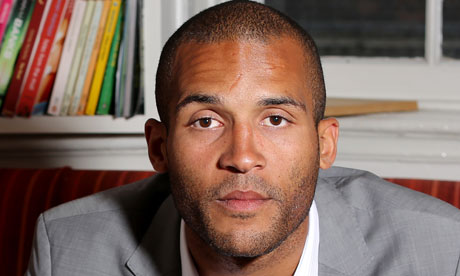 Clarke Carlisle and the Reality of Mental Health Care in England

A mental health conference attended by NHS executives and clinicians, clinical commissioning groups, academics, charities and health-tech businesses was held in London yesterday to discuss the implementation of The Five Year Forward View for Mental Health, the new strategy for mental health services in England. As Paul Farmer, CEO of Mind and chair of the Mental Health Taskforce Strategy that put together the report said, “We are saying to the NHS, to government, to industry, to local leaders and to the public that mental health must be a priority for everyone.”

On the podium were a range of individuals and organisations at the fore of this critical subject. Paul Farmer asked “How can we hardwire mental health into the rest of the NHS, so there is real parity of esteem?” Sarah Brennan, CEO of YoungMinds reminded us that 50% of people with mental health issues had problems that were evident by the age of 14. Victor Adebowale, chief executive of Turning Point, wanted more attention for the dual diagnosis that meant too many people fell between being treated for mental health problems and addiction. Dr Adrian Jones, consultant psychiatrist from Langdon Hospital in Devon praised the possibilities of collaboration between agencies in aiming for Zero Vision, where “one suicide is one too many.”

But it was the voice of a man who had twice attempted suicide that captured the absolute seriousness of the subject, and the spirit of change that was in the air.

Clarke Carlisle played professional football for 17 years. It was his childhood dream, so he was devastated when “a full shebang” knee injury put him off the pitch for months. “My physio said go home, have a beer, you’ll be housebound for a while, but it was much worse.” In a drunken haze, he took an overdose and it was only his girlfriend unexpectedly coming home that saved his life.

There was little follow up to his attempt. “The physio said - well, you got away with it this time; management said, don’t do that again. But I didn’t see any professionals, not a therapist, or a psychiatrist.” He was back in training within days of having his stomach pumped.

Life went on, he married and had two children and played more than 400 games of football for a variety of clubs including Queens Park Rangers, Leeds United and Burnley. But he struggled with explosive behaviour and alcohol. “I decided I was a knob. Then, when my wife had just had our second child, she told me she had post-natal depression and said to read up on it. And as I did, I realised that was me.”

He sought help via anti-depressants but, at end the end of 2014, he realised they weren’t helping him enough. In the dead of night he was hit by a lorry on the A64 in North Yorkshire. “At the time, I thought it was the answer. I genuinely thought everyone else would be better off without me. I even timed it so that the funeral wouldn’t spoil Christmas.”

Once he had recovered from his injuries, Carlisle was taken to a psychiatric hospital where, with psychotherapy and drugs he dealt with his depression and alcoholism. “This is important: the psychiatrist gave equal weight to both.

“Now it’s 18 months later: how am I? I know what my base level is: what a normal day looks like. Drink was a crutch in my life; now I have my family and my fiends, they are my counsel.”

Among the audience were many professionals and service providers who have heard too many of such stories. But Carlisle told his with some humour, much humility, and total honesty. He has now started the Clarke Carlisle Foundation for Dual Diagnosis, to help draw attention to the problem of mental health’s relationship with addiction.