Can Creativity Harm Your Mental Health?
Find a therapist
Find a coach
Join as a practitioner
Log in/register 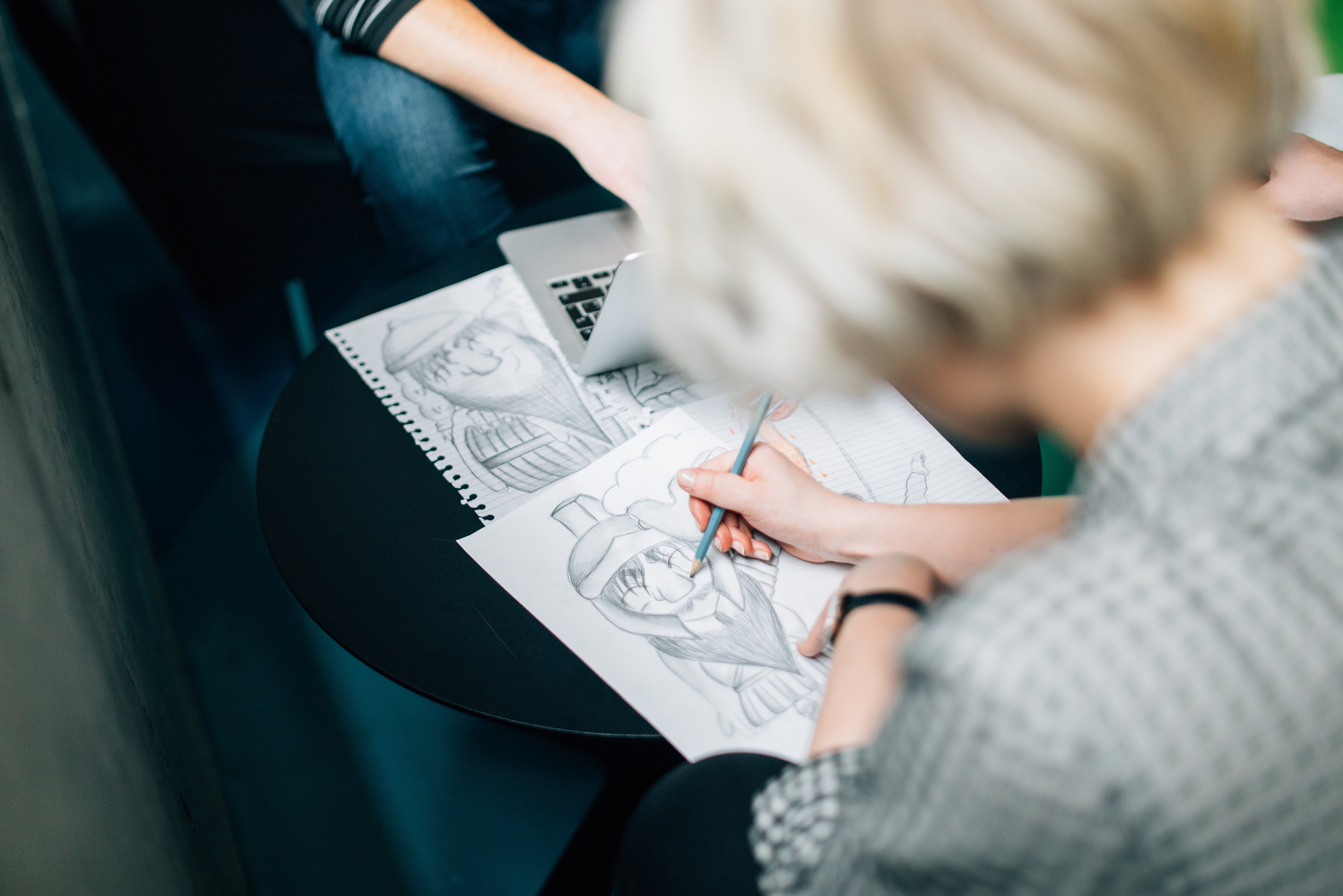 Can Creativity Harm Your Mental Health?

When Charles Dickens was 12 he experienced a traumatic humiliation that haunted him all his life. His parents took him out of school and sent him to work in a factory, potting-up boot-blacking; he then had to fend for himself while the rest of the family lived in a debtor’s prison. This was the Victorian age when being a ‘gentleman’ was all-important and no gentleman had a background in child labour. As a novelist Dickens returned repeatedly to the theme of hard-done-by children; ‘good’ children to whom bad things happen. He had his child protagonists saved by mysterious benefactors and given happy endings. He wrote the experience directly into David Copperfield but was so ashamed he told no one except his close friend and biographer that this dreadful thing had actually happened to him.

Freud would have seen this as a creative manifestation of the ‘repetition compulsion’ whereby the person returns again and again to a difficult experience, in an attempt to master it and release its hold. Dickens was one of a legion of artists, writers, musicians, film makers and otherwise inventive people who have channelled childhood wounds into creative output. Just a few contemporary examples include artists Grayson Perry and Tracey Emin, novelist Colm Toibin and TV writer Paul Abbott who created comedy out of his own chaotic childhood in the TV series Shameless.

Ever since Aristotle, thinkers have speculated on a link between creativity and mental illness. There are countless examples of famous artists going mad like Vincent Van Gogh, committing suicide like Ernest Hemingway and Kurt Cobain or turning to addiction like F Scott Fitzgerald, Dylan Thomas (and Kurt Cobain). And for every troubled genius who made it, there are countless others whose work never saw the light because their depression was too deep, their anxiety about judgement too great, their self-belief too dismal.

So should every art school, creative hub, media start-up or publisher display the old motto: ‘You don’t have to be mad to work here, but it helps’?

Scientists often point to the idea that to be creative you need to think in ways that are outside the norm – ‘divergent-thinking’. Often novelists – including Dickens - say their characters take on a life of their own, leading the story in directions the author hadn’t intended. Which, if there was no book at the end, sounds remarkably like schizophrenia. When you look at the scientific evidence – and, boy, is there plenty - the jury is out as to whether you have to be mad to work as a creative or indeed vice-versa. A 2015 study found creative people are 25% more likely to carry genes associated with bipolar disorder and schizophrenia. But critics of the idea cite the many great artists, novelists, directors, musicians and ad agency copywriters who have managed to be productive and enjoy a perfect bill of mental health.

It seems impossible to say whether as a creative person you’re more prone to mental health issues. According to MIND, in the UK one in four experience a mental health problem in any year. It’s unlikely they are all creatives. But it is true that exercising your creativity presents challenges that can make you suffer for your art.

Take the idea, generally reinforced by observation, that creative people tend to be more sensitive. As the Nobel-prize-winning US novelist Pearl Buck put it: ‘The truly creative mind in any field is no more than this: a human creature born abnormally inhumanly sensitive. To him… a touch is a blow, a sound is a noise, a misfortune is a tragedy, a joy is an ecstasy, a friend is a lover, a lover is a god, and failure is death.’ To a sensitive child, a humiliation is devastating. Perhaps if young Dickens had a thicker hide, he might not have felt eternally shamed by sticking labels on pots of polish.

When you create a piece of art, book, track, blog or app, you’re putting your creative baby out there to be criticised. If you’re unusually sensitive you will be hyper-responsive to criticism as well as praise. When I worked in magazines and launched one the response felt as if people were saying ‘Yes, you’ve had a baby but look at its funny toes. And its face isn’t very interesting either’ (no one liked the cover). It felt so personal. And that was essentially a product created for a specific audience by a team of people working for a company. Artist friends tell me when you have made a picture or a novel or a pot, putting it out there is excruciating.

It’s in the realm of ‘feedback’ that a person’s individual relationship between creativity and mental health shows itself. The shakier your sense of self and/or the greater your self-esteem rests on how others see you, the more devastating criticism will be. Given creative output is so much a matter of opinion and one person’s work of genius is another’s hideous scribble, there is bound to be negative feedback.

Brene Brown is a US researcher and author, best-known for her work on shame and vulnerability which she wrote about in Daring Greatly. She says: ‘85% of men and women we’ve interviewed over the past 15 years can remember a story from school that was so shaming it changed how they felt about themselves as learners. 50% of those stories were about creativity or writing or art.’

To return to science, research implies that creativity is inherited and imaginative people are born not made. Brown believes that if you are creatively inclined, shutting off this form of expression, however it might manifest, is damaging in itself. ‘Unused creativity is not benign,’ she says. ‘It metastasizes and turns into grief and shame and judgement and hard things. Because someone did not put value on our work does not change the worthiness of that work for us. So the stories we make up about our creativity are very dangerous. ‘

We can all make up horror stories about our creativity. And given the internal critical voice – Freud’s ‘super-ego’ – is a factor in both anxiety and depression, no wonder many creatives give up after their debut. Perhaps the most successful are the ones with the drive, ambition or sheer cussedness to dust themselves off and keep going. Or those with a robust sense of self who aren’t devastated by a critical comment.

So, ironically, ‘mental health issues’ – what Freud would have called ‘neuroses’ generated by childhood wounds – may propel you towards being an artist but they don’t help you cope with being one.

Dickens was a case in point. One of the most creative people who ever lived, he completed 14 (and a half) novels plus countless short stories, sketches, travel writings and journalism. He wrote and acted in plays, edited journals and performed readings. He was still channelling his problems into print, writing about family secrets and unhappy children to the end, so much so that he worked himself to an early death at the age of 58, suffering a stroke after a full day’s writing.

A psychoanalyst would see his prodigious output combined with certain of his behaviours as a lifelong buttress against depression – what’s known as a the ‘manic defence’. A friend of Dickens noticed he was always very down at the beginning of a project but his mood would gradually lift until he was in a kind of a mania towards the end. An HR person might say he was a workaholic. But as with any addiction, what starts as an escape becomes the problem.

Even as the most famous author in the world, exercising his creativity didn’t cure Dickens or make him happier. It may have helped keep his damaged psyche under some kind of internal control, but it didn’t heal it any more than it did for Hemingway or Van Gogh.

But then, as a Victorian, Dickens died before Freud got started so he never had therapy. If you’re struggling with life as a creative person, you could.