Braving The Wilderness by Brené Brown: A Must Read for Enquiring Minds
Find a therapist
Find a coach
Join as a practitioner
Log in/register 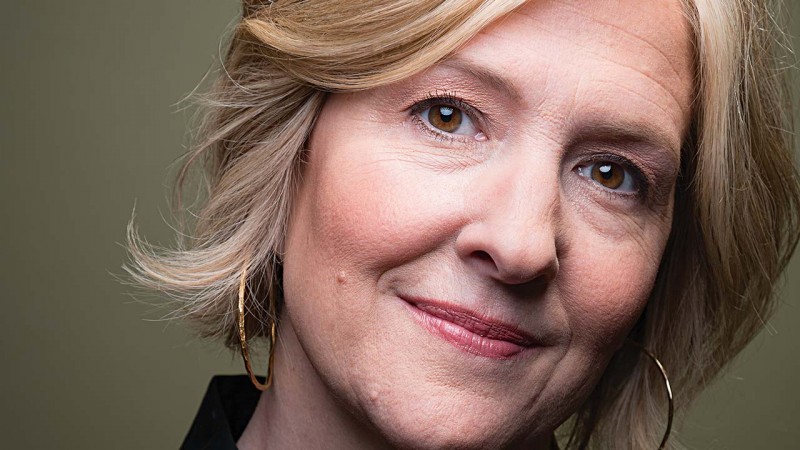 Braving The Wilderness by Brené Brown: A Must Read for Enquiring Minds

This summer I was sitting in the coffee shop where I often work and one of the other regulars begins chatting to me. It’s very pleasant and we have an interesting discussion about education but all the time I’m wanting to scream ‘Can’t you see I have the just published Brené Brown book in my hands?!’

A self-declared researcher and storyteller, Brown is a professor of social work who has spent her career exploring shame and vulnerability. Her 2010 TEDxHouston talk about the latter has been viewed over thirty-one million times. Her 2012 book Daring Greatly was a New York Times number one best-seller and the title, drawn from a Theodore Roosevelt speech, has entered common parlance.

Brown’s been interviewed by, and forged friendships with, media megastars Oprah Winfrey and Elizabeth Gilbert while retaining her academic credibility; my partner watched the short animation based on her RSA talk about empathy as part of his social work training.

Although it works perfectly well as a standalone read, those familiar with Brown’s earlier books will be able to see the progression of her research in her new title, Braving the Wilderness: The Quest for True Belonging and the Courage to Stand Alone.  Brown acknowledges this, returning to concepts that she defined in her early texts, sometimes revising them.

This journey is apparent in other ways too.  Brown appears more assured in her credentials, less defensive of her research and its methodologies.  Furthermore her authorial voice is strong and clear.  In Rising Strong she shared a new way of writing that attempted to more fully capture her speech and this has certainly paid dividends in Braving the Wilderness; the enthusiasm, sincerity and Texan humour that characterise her talks is evident on every page.

As the dustjacket emphasises, Braving the Wilderness is about belonging: ‘True belonging doesn’t require us to change who we are; it requires us to be who we are’ (italics in the original).  I was struck by how much this translates into speaking up in public discourse at various levels.  The book encourages engagement in social and political issues both formally and informally.  Brown provides guidance in being better equipped to do so, primarily by offering a new approach and tools that help you to overcome the divisiveness and personal ill-feeling that characterises current political debate.

Braving the Wilderness openly addresses controversial issues, particularly ones that polarise US opinion, such as gun control and Black Lives Matter.  Neither does Brown shy away from the bitterness and vitriol that emerged around the 2016 presidential election and its aftermath.  Examples in the book come from different standpoints (for example Republican and Democrat), with Brown calling for readers to have ‘the courage to embrace our humanity’:

If you are offended or hurt when you hear Hillary Clinton or Maxine Waters called bitch, whore, or the c-word, you should be equally offended and hurt when you hear those same words to describe Ivanka Trump, Kellyanne Conway, or Theresa May… If you’re offended by a meme of Trump Photo-shopped to look like Hitler, then you shouldn’t have Obama Photoshopped to look like the Joker on your Facebook feed (pp. 74-75).

Some may be surprised by this direct focus on politics but not shying away from the challenging circumstances in which we live is a central to the core argument in Braving the Wildnerness; as its subtitle states, it’s about having courage to stand alone.  Furthermore Brown has always spoken openly about the broader implications of her research.  It has never just been about the individual and their interactions; rather her findings about shame and vulnerability have repercussions for parents, teachers and leaders (the subtitle of Daring Greatly was ‘How the Courage to Be Vulnerable Transforms the Way We Live, Love, Parent, and Lead’).

However Braving the Wilderness remains underpinned by deeply personal experiences and a sense of personal growth.  As in her previous writing, Brown tells her own story and those of others, including from her data (‘Maybe stories are just data with a soul’, she has remarked).

Furthermore it is our own personal quest for true belonging that will give us the courage to stand alone.  The image of braving the wilderness informs Brown’s notion of true belonging, which draws heavily on a Maya Angelou verse: ‘You are only free when you realize you belong no place – you belong every place – no place at all.  The price is high.  The reward is great’ (p. 5).

Brown has developed four key practices to assist with this quest.  These provide the structure for Braving the Wilderness.  ‘People Are Hard to Hate Close Up.  Move In’, ‘Speak Truth to BS [sic].  Be Civil’, ‘Hold Hands.  With Strangers’ and ‘Strong Back.  Soft Front.  Wild Heart’ all have an extensive chapter dedicated to them.

As the phrasing suggests, each of the four practices is founded on a paradox: speaking truth and being civil seem almost contradictory, for instance, as does the notion of holding hands with a stranger.  Brown is fully aware of this, and of the significant role that paradox plays in our emotional development more generally.  It is by embracing paradoxes that we really grow.

She refers to Jung, quoting his argument that ‘The paradox is one of our most valuable spiritual possessions… only the paradox comes anywhere near to comprehending the fullness of life’ (p. 155).  This is familiar to those on spiritual pilgrimages as well as those of us navigating mental health issues, learning seemingly contrary lessons such as that it is only by attending to our own self-care that we can truly care for others.

The paradox, along with true belonging and standing alone, are the fundamental concepts in Braving the Wilderness.  It is these three cornerstones that also highlight why Brown has secured a place as one of the world’s pre-eminent thought leaders.  Grappling with paradoxes, a sense of belonging and having enough self-worth to stand alone are ancient human concerns, wrestled with by individuals and society throughout the ages.  Brown has dived deep and applied these universal themes to the context of our twenty-first-century world.

Braving The Wilderness is a must read for anyone with an enquiring mind.