In Therapy: Why You Might Feel Worse Before You Feel Better
Find a therapist
Find a coach
Join as a practitioner
Log in/register 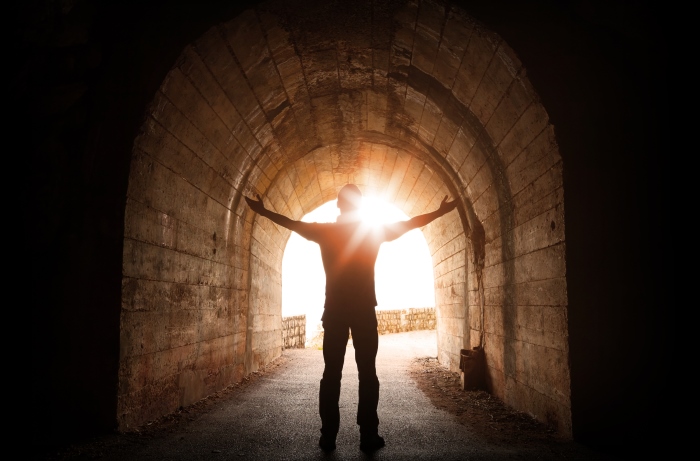 In Therapy: Why You Might Feel Worse Before You Feel Better

As long ago as 1923 when Sigmund Freud was busy inventing psychotherapy, he recognised a phenomenon he dubbed the ‘negative therapeutic reaction’. That for some people ‘Every partial solution that ought to result, and in other people does result, in an improvement or temporary suspension of symptoms produces in them for the time being an exacerbation of their illness; they get worse during the treatment instead of getting better'.

He had hit upon one of the reasons clients can feel worse as therapy goes on. In this case a self-sabotaging resistance to change, largely unconscious, whereby the client experiences  internal conflict where one part of him or her wants to change, hence coming to sessions, and another part, the unwell part, is frightened of change and resisting it with all its might.

Fortunately, this ‘negative therapeutic reaction’ is rare – Freud often worked with extreme cases. What is more common is clients feeling worse for a variety of reasons that mean the treatment is actually working. As counter-intuitive as this might sound, it’s a sign they’re on the way to feeling better long-term. No pain, no gain, as it were.

Let’s say a client comes to therapy because they’ve been drinking heavily and having swathes of casual sex. They’ve woken up after yet another drunken sexual encounter feeling terrible about themselves and realising they need help.

At first getting it all off their chest to a neutral and understanding person feels like a weight is lifted. But as therapy unfolds and they start to unpack what’s been going on, it emerges there was a painful break-up they never came to terms with, or their out-of-control behaviour dates back to the death of a parent. Especially if that break-up was sudden and unexplained, or they didn’t get on with the parent who died, what’s happening – the ‘diagnosis’ if you like – is they’re suffering from ‘complicated grief’ and the drink and one-night-stands mask the un-mourned loss underneath. Now that pain is no longer buried in the unconscious but is coming out in the therapy what happens - what needs to happen - is for them to grieve that loss. Grief feels incredibly painful. You cry. A lot. You get waves of feeling furious with the lost person. You may feel at points like you’re going mad. You may, while this is going on, be angry with your therapist for ‘making’ you feel this way.

What’s happening is the client is now truly tackling the core problem which the drinking and sexual ‘acting out’ was a symptom of or escape from. Maybe the casual sex was unconsciously trying to compensate for being abandoned or treated badly by the dead parent by ‘punishing’ sexual partners, picking them up and dropping them. Or it and the drink were distractions that felt good temporarily but, as is often the case, the distraction eventually becomes the problem.

This is a composite example but typical of what’s happening in consulting rooms every day.

If asked ‘is your therapy making you feel better?’ that client might well say ‘No, I feel worse’. But is it working? Yes. Once the loss is mourned the client will recover and be able to get on with their life in a healthier way. The bravest clients will stick with the process, work through the pain and ultimately lead happier more fulfilling lives. But some, of course, will quit. Which brings us to defences.

Grief isn’t the only thing that can be buried, suppressed or repressed so you’re barely aware of it but still sense something is wrong.  Painful feelings we don’t like; memories of traumatic experiences; emotions that weren’t acceptable in the family we grew up in – all get swept under the psychic carpet.

What brings people into therapy is when there’s too much under there and rips appear, and feelings leak out via chronic or acute anxiety or angry explosions.  Or they get depressed which, in many ways, is a non-feeling state - they feel chronically low, but also somehow deadened inside. Or they develop an addiction – the thing they did to blot out the bad feelings becomes the problem in itself. Or they have an all-out breakdown.

Therapy makes us aware of what’s going on. One of the ways it works – and the reason therapists often dig around in a client’s past – is you’re looking to fill in gaps in the narrative. You may be faced with how much you hate our father, resent your mother, wish your sister wasn’t around; how you still haven’t got over your partner’s affair or feel wracked with guilt about an abortion.

Often what we see first in the therapy room are the powerful psychological defences in action. Defence mechanisms are the psyche’s way of trying to protect us from painful feelings, urges or wishes we find unacceptable or traumatic memories. A common one is denial. The alcoholic who convinces himself that opening a bottle of wine at 11am constitutes ‘social drinking’. The red-faced, explosive manager who swears he’s the nicest guy in the office despite a verbal warning for bullying.

The trouble with defences is they perpetuate the pain they’re trying to protect because they prevent us facing it and dealing with it. No one ever died from tears but plenty ruin their lives drowning their sorrows. Other common defence mechanisms are dissociation (a kind of zoning out), reaction formation (converting unwanted feelings and thoughts into their opposite – like being extra nice to someone you can’t stand) and projection (attributing emotions and thoughts you don’t want to someone else - ‘my wife’s the angry one’). Even being busy all the time can be a defence against stopping and risking feeling a feeling. So can wanting to quit therapy when the going gets tough.

Once the therapeutic process wears down these defences and while we work through the emotions they were defending against, we feel worse because we’re now feeling the original pain. But better out than in, as my grandmother would say.

What if it really is your therapist’s fault?

Finally, it’s always possible your therapist has been less than skilful. Perhaps something happens between you that, for whatever reason, you’re unable to resolve in a helpful way.

Therapists are human and do make mistakes.

So if you’ve started therapy and you’re feeling worse and not for any of the reasons above, it’s crucial you talk to your therapist about it and don’t just quit. Especially if you’re thinking something along the lines of ‘here we go, everyone lets me down eventually, him/her too, what’s the point?’ you might be leaving at the very point when doing something different in might crack the whole pattern wide open and create new neural pathways in your brain and new relational experiences in your life. Often the biggest breakthroughs are when therapist and client can deal with interpersonal difficulty – and survive.

Of course not every client has a painful skeleton in their closet and some never feel worse but just see a consistent improvement in mood. But all this does mean if there was a kind of TripAdvisor for therapists, they might not always get five stars. If therapy is ‘making’ you feel worse, especially if you can talk about that in your therapy, it can be a shining sign you’re on your way to health.

Wendy Bristow is a verified welldoing.org therapist in London

What you want isn't always what you need in therapy

A letter to my therapist: from a client struggling in therapy

Counselling offered me the compassion I desperately needed

When the therapist you choose is not right for you