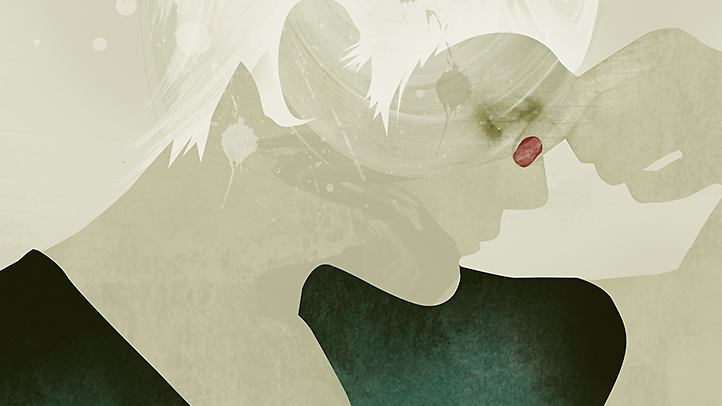 The Emotional and Psychological Fallout of Chronic Illness

‘Illness is the night side of life’, the American thinker Susan Sontag wrote when she had cancer. ‘Everyone who is born holds dual citizenship, in the kingdom of the well and in the kingdom of the sick. Although we all prefer to use the good passport, sooner or later each of us is obliged, at least for a spell, to identify ourselves as citizens of that other place.”

Working as a therapist I notice that entering that ‘other place’ brings its own emotional challenges. Leaving the kingdom of health behind long-term has similarities with bereavement, the biggest being that you are dealing with a profound loss - that of your health. You get a hint of what that’s like with a broken bone or bad bout of flu. Suddenly you wonder how you ever ran around all day with an energy or physical unconsciousness that has now disappeared. You never gave your health a moment’s thought. Now it’s virtually all you think about.

When you suffer chronic illness or pain - according to the Department of Health around 15 million in the UK do - that sense is not temporary.

As if the purely physical side of any chronic condition weren’t hard enough, it’s accompanied by a host of difficult feelings. Anger and a sense of ‘why me?’. Anxiety as to when – if ever – you’ll get better. If you know you won’t, there’s terror about what’s coming. Add in intense frustration and envy of healthy people. Plus, as I’ve said, grief at losing your health, the person you were before you were ill and activities you used to be able to do.

Then there’s the impact on relationships. As with bereavement, people rally round at first and are sympathetic, but as the weeks blend into months and years, impatience and compassion fatigue set in. One of the most painful questions you can be asked is ‘Aren’t you better yet?’ It’s dispiriting to have to keep saying, ‘actually, no’. For family members, the role of carer is notoriously hard and the shift from, say, sexual partner to nurse is not easily achieved with grace. Then there are all the unhelpful things healthy people say trying to get you to ‘cope’. However well-intentioned, comments like ‘why haven’t you tried God/acupuncture/chia seeds?’ don’t necessarily help.

This is just a snapshot of the huge emotional toll coping with a chronic illness takes. Another challenge  - long-term illnesses and pain don’t behave with consistency. Someone with chronic fatigue can walk to the shops one day and be fine the next. Then make the same trip another time and be bed-bound for a week. Chronic pain is similarly unpredictable - its management varies quite literally with the weather.

It all requires a crash course in looking after yourself – something many of us aren’t great with at the best of times. If you’re the kind of person who can’t say no or puts others first or feels guilty if you’re ‘putting people out’, imagine how difficult it is to make your own needs a priority. Psychological patterns that get in the way when you’re healthy do so even more when you’re sick, complicated by the fact that sickness makes you as reactive and irrational as a wounded animal.

I defy all this not to make a person depressed. Then you have another chronic condition to add to the list.

I lived in the kingdom of the sick when hit by chronic fatigue  in the Nineties. I was told ‘The good news is, you have a diagnosis. The bad news is there’s nothing we can do about it, all I can promise is you’ll feel miserable for some time to come.’ I thought if the doctor’s telling me I’ll be miserable, I’d better see a therapist. Talking to someone who didn’t tell me to buck up or that it was all in my head, who wasn’t constantly asking ‘aren’t you better yet?’ was fantastically helpful. It not only helped manage the painful emotional side effects, I believe it helped me recover.

Which brings me to a contentious area. For some people with some conditions therapy can alleviate symptoms. Sometimes unexpressed anxieties manifest in the body as chronic muscle pain that over time becomes fibromyalgia. The stress of always being in pain creates bodily tension which makes it hurt even more. Talking the feelings out of the body can mean symptoms improve. This subject warrants an article in itself and I’m emphatically not saying that chronic conditions are ‘all in the mind’. Our body\mind is a miraculous and complex mechanism and while it can be helpful, instructive and illuminating to think about what was going on in your life when you got ill, that doesn’t mean you somehow caused this condition by something you did wrong then. A world of psychic pain opens up if you start blaming yourself but that too can be neutralised by talking to a sympathetic therapist.

Freud, who after all invented psychotherapy when grappling with an epidemic of ‘hysterical symptoms’ in the late Nineteenth century, concluded that the whole business of how traumatic experiences get translated into bodily symptoms was ‘a mystery’. For the individual with chronic pain or illness, exploring that mystery, ‘working through’, to use Freud’s term, the psychic pain that arrives with the physical, can help no end. It might help you traverse the territory from the night world of illness back into the daylight of health. It does help bear the pain of struggling with the darkness.