Which Country Has the Healthiest Diet?
Find a therapist
Find a coach
Join as a practitioner
Log in/register 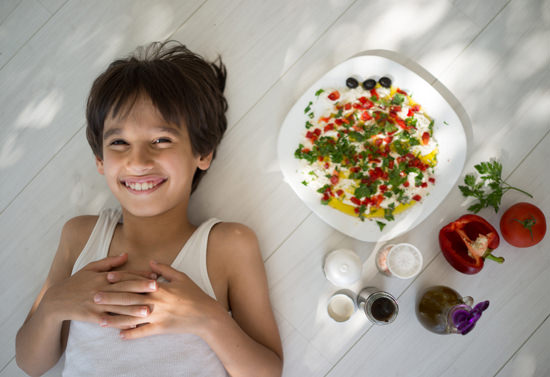 Which Country Has the Healthiest Diet?

Have you ever wondered how French women maintain their slim figures? And how Italians are one of the healthiest nations despite large bowls of pasta and late dinners? I have selected some of the best foods and diet tips from around the world that can help you stay healthy, slim and excite your taste buds.

The Mediterranean diet is commonly touted as one of the healthiest diets in the world. It consists of seafood, olive oil, vegetables such as tomatoes, local fruits and grains. The skins of tomatoes are abundant in an antioxidant called lycopene which has shown to prevent a wide variety of cancers, including prostate, lung, colon, cervical and breast cancer. Sardinia is an Italian island in the med which sees many of the population living past the age of 100.

Fruits, vegetables, seafood and nuts all contain vitamins and minerals that are important for a healthy cardiovascular system. The diet includes minimally processed and cheese and meat, which are used in moderation. High amounts of olive oil lower the levels of total blood cholesterol and fight inflammation. Oily fish high in Omega 3 fatty acids and foods containing antioxidants boost memory cognitive function, thus reducing the chances of developing dementia.

This is one of the healthiest diets in the world. Okinawa, a south Japanese island has the most centenarians, those living past the age of 100 years.

One of the main reasons why they are so healthy is because their diets are abundant in oily fish which supply essential fatty acids called omega 3s. These are known to reduce the risk of heart disease and strokes. The Japanese also eat cruciferous vegetables and fermented soya, which have a positive effect on hormones such as oestrogen, thus reducing the risk of breast cancer. Japanese women typically have fewer menopausal complaints because of this balancing action. Seaweed is also commonly eaten, which contains important trace minerals like selenium and iodine, which are vital for the thyroid to function effectively. The thyroid gland also controls our metabolism, which could be one reason why the Japanese stay slim. So say yes to miso soup, tempeh and sushi.

Although many people in Ethiopia are malnourished and underfed, this does not mean that their food isn't nutritious. In fact, most Ethiopian dishes are nutrient-dense and low in fat. Grains are one of the primary mainstays of the Ethiopian diet. Teff is a whole grain that's used to prepare many Ethiopian dishes. Teff is the smallest grain in the world but high in fibre, protein, iron, and calcium. It is used to prepare most of the dishes and is gluten free like millet and quinoa so perfect for everyone. Lentils are also eaten; a renowned Ethiopian salad called Azifa is made of green lentils is eaten with brown rice or pita bread. Lentils are high in fiber and protein and low in fat; they are also classed as phytoestrogens with a balancing effect on hormones for both men and women.

The traditional and healthy Chinese diet is mainly vegetarian, with meat products making up only 20%. This diet consists of stir-fried veggies, steamed rice, soy products, fresh ginger, garlic, and bean curd. Traditional Chinese dishes are also steamed, lightly stir-fried in peanut oil or braised, unlike the westernised Chinese counterparts, which are often heavily battered, deep-fried, and coated in sugar-laden sauce.

Soup, or a soup-based dish, is present at most Chinese meals, often in the form of a watery porridge called Zhou. This is hydrating and filling, a nourishing liquid food part of the meal. Using chopsticks is a great way to slow down your eating, which may ultimately decrease the amount of food eaten. Digestion starts in the mouth and as we chew we are releasing salivary enzymes that begin the breakdown of food. The more you chew your food, the smaller the particles will be as they pass into the stomach and the easier they are to digest. Furthermore you are getting more nutrients from a better digestion and absorption. Green tea is popular in most Chinese households and restaurants. It eliminates toxins, aids digestion and curbs cravings. Green teas naturally are high in antioxidants that can help weight loss and also contains an amino acid called L-Theanine, which helps concentration and focus. Perfect for students and those needing to work without a distracted mind.

It is a paradox how the French stay slim and healthy even though their diet is high in fat and carbs. Mind boggling that they consume baguettes, croissants, butter, cream, fatty liver pate, pastry, cheese and wine and still look great. Well, there could be several reasons. One is that red wine is commonly drunk with dinner and is packed with resveratrol a powerful natural chemical compound that functions as an antioxidant. It may promote health benefits to the heart and blood vessels, which also inhibits the formation of inflammatory factors that trigger cardiovascular diseases. Moreover, the French people take their time when eating, they never eat on the go or rush their meals and their lunches can be 2 hours long. This further aids digestion and may also prevent them from overeating.

Despite the white rice, naan bread, creamy curries and oils and fried dishes, Indian cuisine can still be made healthy. Authentic Indian food contains spices like turmeric, ginger, garlic and green chilies, all of which have medicinal and healing properties. Turmeric forms the base of most curry dishes around the world and gives it its distinctive flavor and yellow colour. For thousands of years it has been used in Indian culture and Ayurvedic and Chinese medicine as an anti-inflammatory, to treat digestive and liver problems, skin diseases, and wounds. The active ingredient researched in Turmeric is called curcumin. Animal and laboratory studies also show curcumin to have significant anticancer properties and immune stimulating capability and current research will reveal more about its role with other conditions such as depression. Ginger and fennel are very effective in easing discomfort in the stomach. They promote the elimination of excessive gas from the digestive system and soothe the gut. Steamed dishes such as idli and dosa’s from South India are healthy and immensely filling when eaten with vegetables and lentil curries.

When it comes to food, Icelanders keep things simple: fresh seafood and lean lamb. Most of foods are grown and produced locally with hardly any pesticide use. Dairy products are often higher quality than ours as the first Nordic settlers to Iceland had a good knowledge of food preservation. Grass fed cow, sheep and goat’s milk products are more nutrient dense and contain Beta carotene, the yellow antioxidant pigment which colours their butter a distinctive buttercup yellow. High-quality yogurts with beneficial bacteria are a must in an Icelander’s daily diet. Along with fresh fish which contains those beneficial Omega 3 fatty acids.

Just like Icelanders, Swedes eat high quality fermented dairy products that are crucial when in comes to digestion and immunity (70% of our immune system is in our gut). Although vegetables don’t play such an important role, Scandinavian cuisine still has healthy elements. Berries, which are very high in antioxidants are a favourite fruit in Sweden – usually picked up locally and used in deserts are great source of vitamins. Swedes eat plenty of high quality complex unrefined carbohydrates in the form of rye bread, which is often served alongside a main meal. Rye is full of fiber and keep one fuller for longer, so is a better alternative than wheat based bread.

Sonal Shah is a nutritionist on the welldoing directory