Can You Live a Mindful Life in the City?
Find a therapist
Find a coach
Join as a practitioner
Log in/register 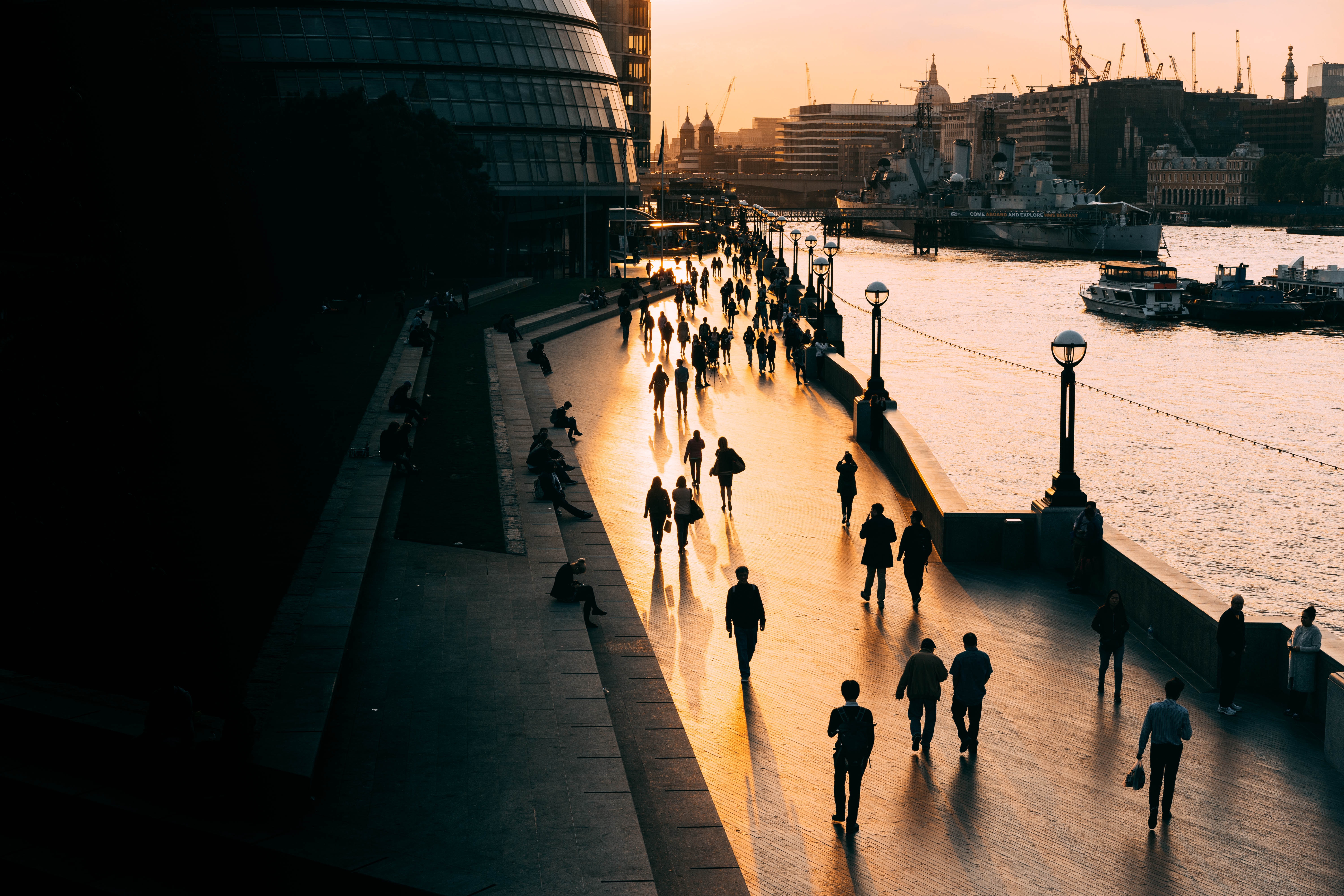 Can You Live a Mindful Life in the City?

Never did I imagine that living in London would teach me how to live a mindful life. Two decades ago, when I first arrived in the city, I was like Mick in Crocodile Dundee: utterly bemused by the metropolis - back then it seemed to me boisterous, hard-edged and cold-hearted.

Eventually, I fell in love with London but never shook that feeling the city was like a compelling but unsuitable boyfriend: charming and fun, but not marriage material. So after the birth of my first baby, my husband and I made the decision to dump the city for a grown-up relationship with the countryside.

A rural landscape felt like an excellent prospect; a spiritually enriching place for us to raise our growing family. We pitched ourselves in a wild outpost of West Cornwall, a place with more birds than humans. Roaming in its heavenly light and undulating heathlands would, I imagined, consume my senses and bring me into the present. My moods would be shaped by the elements, any anxieties soothed by rhythmic waves and wind.

Our friends said we’d been crazy to move so far from our old lives, which was true. But it was more than that. It hadn’t worked because of my naivety: I thought that living the quiet life was the only way to find the topography of my interior world. In answering to as few people as was practical I had believed I would somehow come to better know myself.

Contact with nature is vital to mental wellbeing, of course, but I had undervalued something equally vital for my own happiness: people. So, we came back, crammed our worldly possessions into a landlocked apartment and breathed a sigh of relief.

These days I see a mindful life as something that is only possible when we remain outward-facing. It is often said that hell is other people and thus we assume that living cheek-by-jowl is a barrier to the happy life. In these assumptions it is easy to forget that humans are a social species and that togetherness can be a potent force for our wellbeing, for a positive mind state.

Other people have the power to bring us out of ourselves and into the moment. People can keep us open to fresh experiences and prevent us from too much self-focus. They can energise us to innovate and create.

While the countryside offered a certain kind of community, it wasn’t the kind that suited me. For some togetherness is an intimate affair. But I love, and need, the variety of togetherness that city  life offers. When cities are described as having “buzz”, what this alludes to is the dynamic energy that’s generated from people spending time together, talking, working, inventing and collaborating. A city feels exciting, is exciting, because it is the colossal sum of all those sparks of human interaction.

Bereft of people I could feel myself shrivelling up. Far from feeling at one with nature, I began to feel like a stranger in a strange land. And I began to reflect on how other humans can be brilliant at helping us to make sense of what is truly important.

My memories of London were littered with such moments: meeting the couple who’d planted a garden around a bus stop in Brixton so passersby could harvest fresh food, or the campaigner who’d saved a city centre nature reserve from development and turned it into an educational haven for kids; and the entrepreneur who’d set up solar panels on housing estates to help them beat fuel poverty.

When our only interaction with the world is through the prism of news bulletins we forget humans can be caring, gentle and thoughtful. Seeing the world this way makes me want to hide, overwhelmed at the state of things beyond my window.

But being with others keeps me in touch with this side of humanity. You do not always have to speak to find that connection, either. In London I sometimes take refuge in others by holing up in a gallery on a gloomy day to explore the exhilarating brushstrokes and colours of an artist or by immersing myself in the melodies of an orchestra.

In our first few weeks back in London my family attended a carol concert at the Royal Albert Hall. It was the first time we’d made it to a cultural event since moving home and an even longer time since I’d seen so many people gathered together in one place.

Late arriving, the concert was already in full swing as we entered the auditorium to take our seats. It was packed with people in festive jumpers, some wrapped in flashing Christmas lights, and the audience was merrily, loudly, belting out Jingle Bells. The sound was consuming, joyous. It was overwhelming to hear thousands of voices in unison.

This shared experience couldn’t have been further from my rural adventure, where I had felt lost against the tempestuous ocean, amid the cawing birds. With this random gathering of people, getting stuck in, simply having fun, it was immediately easy. It felt good. It felt energising. It was a place, for the next hour, where I would feel I belonged.

I should have known that desiring isolation was a kind of misguided luxury of the very lucky. At least ever since I visited a community pottery in Clapham to write a story on its (eventually successful) fight against closure. The pottery offered free classes for children from low-income families, carers, the homeless and the elderly but the council, which owned the land, was proposing to demolish the building and replace it with expensive apartments. Its students were desperately sad about the prospect - but not at the idea of not being able to make pots.

I met many elderly people who lived alone. They told me the classes gave them a sense of togetherness that they depended upon week after week. One lady told me she felt “terrible” if she had to miss class for any reason. A young guy who’d been homeless before he began attending told me socialising with the other potters had given him self-confidence he’d never before had. As I watched them carefully, gingerly mould clay into cups, bowls, vases I heard chatter and laughter erupt between new friends. I could have warmed my hands on the energy in the room.

This was originally published in Planet Mindful