An Early Death From Within: The Impact of Childhood Trauma
Find a therapist
Find a coach
Join as a practitioner
Log in/register 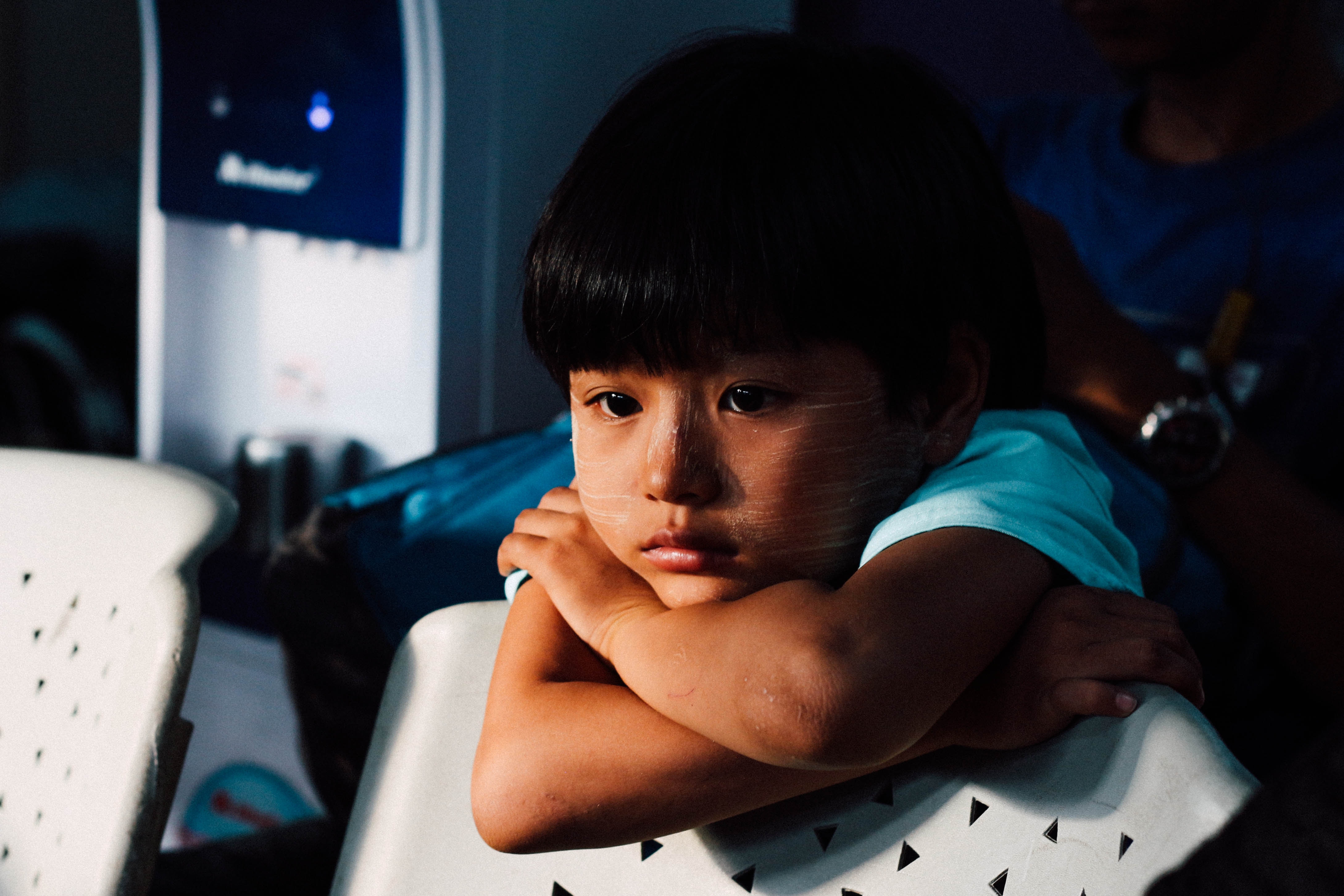 An Early Death From Within: The Impact of Childhood Trauma

I was struck recently by a phrase used by the artist, Tracey Emin, whose new exhibition of work at the White Cube gallery includes an installation inspired by her insomnia. She describes her experience of the condition as like ‘an early death from within’.

My boundaries as a therapist preclude me from making any interpretation of this phrase in terms of understanding Emin’s personal trauma history, but for me, the sentence resounded. What a powerful term – an early death from within. All three of the words in that sentence speak to me: ‘early’, by which I associate, young, very young, perhaps infant-young; ‘death’, which speaks for itself; ‘within’, which evokes for me a death remembered, or internalised, rather than one that is happening in the present. I am drawn to my own personal experiences around early trauma and to others I’ve known. That not sleeping, being awake, when everyone else is asleep, should give rise to such terrifying and painful feelings may be difficult to comprehend for many people. But it not uncommon. It makes me wonder whether our collective understanding of the term ‘trauma’ should be deepened.

The word ‘trauma’ occurs more and more frequently in our discourse. Psychotherapists and writers such as Babette Rothschild and Peter Levine, see trauma as a body/mind misunderstanding that affects our autonomic nervous system after an event which has been experienced as life-threatening. At some level the sufferer does not understand the terrifying event is actually over – finished. We are easily triggered back into replaying our responses as if the frightening event is happening now. Therapists who use somatic awareness techniques, such as Rothschild and Levine, recognise it is crucial not to keep going back into the trauma in the mistaken belief that it will expunge our memories and feelings of what happened – that this will somehow clear them away. On the contrary this will simply act as a retraumatising mechanism and make things worse. I agree.

The body and mind have to re-establish a sense of safety and an ability to move back from flight/flight, freeze, dissociation and other symptoms of trauma; the ability to flow into calmer waters. This can be a slow process, working with a therapist at a mind/body level to break the triggering pattern of trauma response. It can be very effective.

The impact of early trauma

But what about ‘an early death from within’?  What about the things we cannot remember because we were too young and our brains and memories weren’t sufficiently developed to record the terrifying event – or events? The traumatic symptoms I have described above can also occur when an infant is in a chronic situation without a sense of restorative safety. Suppose there is a parent with violent anger, unpredictable responses, or a parent who is alternately invasive or abandoning. This occurs as a result of misattunement in the early fundamental relationship with the baby. Neuropsychologist, Allan Schore says: "Childhood wounding typically becomes ‘trauma’ when there is nobody to help us to regulate our fear and pain". If a baby is left to cry when distressed what does she learn? The ‘thinking’ part of the brain is not yet developed so the baby learns nothing. Unable to cope with her feelings, the infant uses primitive ‘splitting’ mechanisms to regulate herself. She might stop crying – but there is a price, and that is ‘shut down’. It’s not rocket science. It’s neuroscience.

Scientist Stephen Porges goes further, in describing the neurological modifications that occur when a baby’s fearful feelings are not met. Dissociation (splitting off from feelings when you are very afraid), a key aspect of trauma, is mediated by the dorsal or reptilian branch of the vagal nerve. This is the primitive response available to the little person in such a situation. In contrast, the ventral brain stem comes on-line later in development, and is activated by attuned communication with the parent. This is much better for the baby as she learns to calm down from frightening states of painful feeling.

The problems associated with early trauma can be acute and psychologically complex. But it is Schore’s statement that touches me most profoundly. It is fundamental that babies do not feel endangered or abandoned when they are in states of distress – this is the most crucial aspect of caregiving and although obvious, it amazes me how little attention is actually given to it in our discourse. If a baby is dependent for just such security, for example, from warring parents, the chances that trauma will ensue are that much higher. The parents are too highly charged and misattuned with each other to realise what is happening to the baby’s developing nervous system. Many parents may also be traumatised themselves and struggle to deal with their baby’s crying (particularly at night). Vulnerable parents create traumatised children.

How can therapy heal early trauma?

Healing early trauma can be like balancing on a panic wire – using your pole to avoid tipping into trauma symptoms that are so far and yet so near. Attuned therapy, like an attuned parent, can gradually reset the internal wiring so that brain and nervous system start to reconnect in safe and healthy ways. This is neuroplasticity. It may take a long time, but calmer days (and nights) can be ours.

The phrase ‘an early death from within’ may seem like a dramatic one, but I wonder how many of us will resonate with it? It is the stuff we don’t want to think about, of course – the stuff of nightmares, but early trauma can be a crucial aspect of some of the intractable mental health difficulties suffered by so many people at our current time. It is time we checked our own inner child to see if she is shut down, sleeping well and peacefully, or lying awake feeling terribly afraid?

The relationship between trauma and dissociation

How therapy unlocked the past for a client with trauma