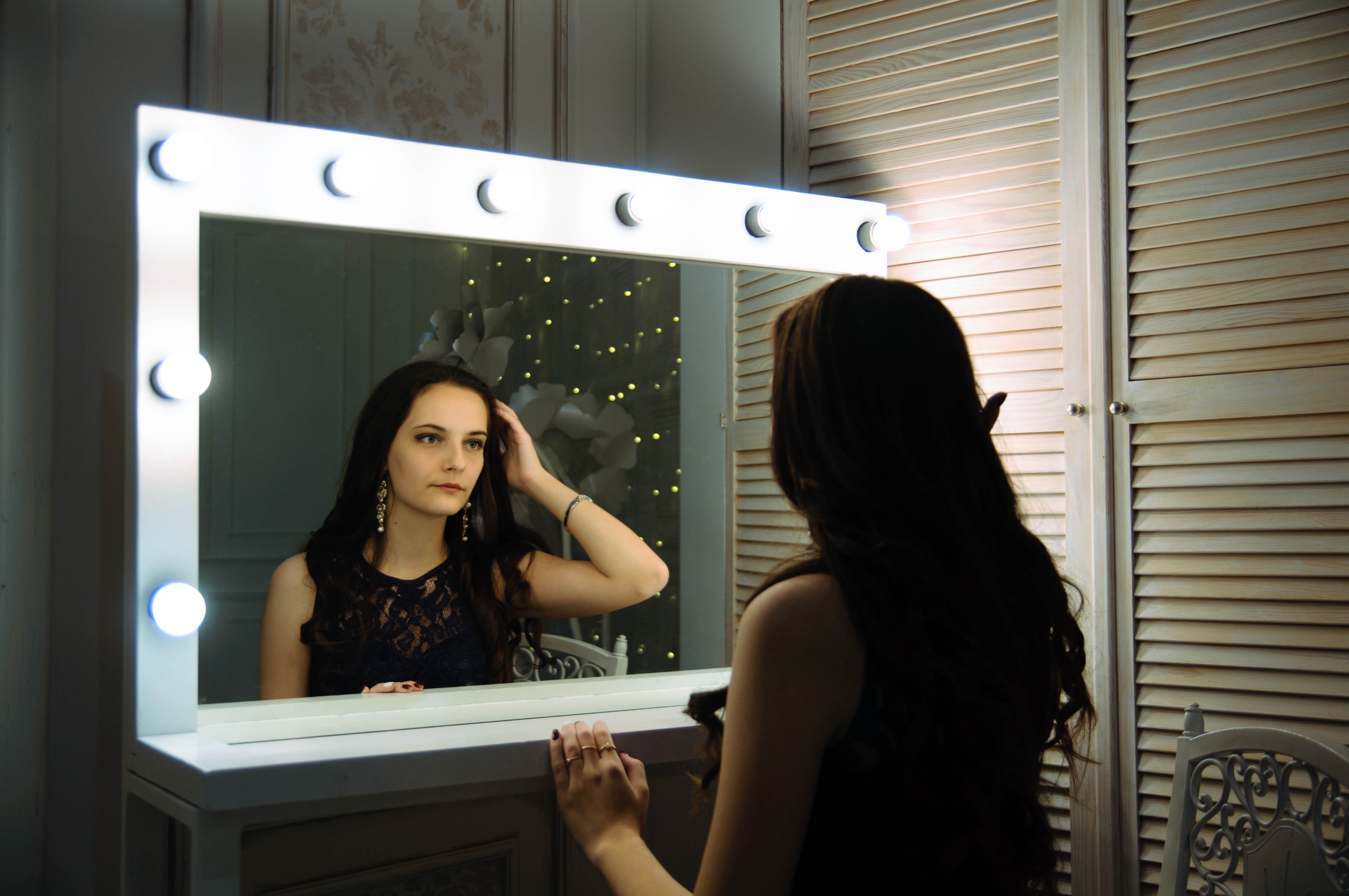 What is body dysmorphic disorder (BDD)?

Body dysmorphic disorder (BDD), also known as body dysmorphia and dysmorphic disorder, is an anxiety disorder when people have an obsessive preoccupation with their appearance and grossly distorted view of what they look like. These anxieties related to their appearance severely affect daily life. Social events may be avoided altogether or self-consciously endured. Though commonly related to how people perceive their size, a person with body dysmorphia may be focus on any particular part of the body. They may, for example, be convinced that their nose looks a certain way, or that a scar on their body is extremely obvious, when others may think it is barely noticeable. This contrasts from an eating disorder where body dissatisfaction often focuses around weight and size.

A person with body dysmorphic disorder is convinced that they are unattractive or defective in some way and that other people perceive them in this way, despite reassurances from others.

One subtype of BDD is called muscle dysmorphia (MD), more common in sport, which involves a preoccupation with muscularity. People with muscle dysmorphia often engage in bodybuilding fitness and are at risk for the abuse of steroids and supplements to bulk up. Muscle dysmorphia is related to symptoms of depression, perfectionism, and low self-esteem (1).

It is unclear what causes body dysmorphic disorder. Like many mental health issues, it is thought to be caused by a combination of genetic and environmental factors. There are certain risk factors that may make it more likely for a person to develop BDD, such as experience of abuse or bullying, a tendency towards perfectionism or competition with others, low self-esteem and a fear of rejection.  Puberty can also be a trigger time for BDD due to significant changes in body image coupled with the pressure to fit in socially. Societal pressures to be thin, beautiful or handsome conveyed through the media also significantly fuel negative body image.

It is estimated that BDD affects 4% of women and 1% of men (2). It can affect anyone, of any gender and any age, but it usually develops in teenagers and young adults.

It is more common in people who have other mental health issues, such as depression or generalised anxiety disorder. Body dysmorphia can also exist alongside eating disorders such as anorexia nervosa and bulimia, however not all people with an eating disorder necessarily have body dysmorphia.

What are the signs of body dysmorphic disorder?

Body dysmorphia can have a serious impact on a person’s life, especially when severe. A person with BDD may:

Though body dysmorphic disorder is not a form of OCD, there are similarities between the two conditions in terms of how a person might repeat certain behaviours rigorously, much like a compulsion. This could include applying heavy makeup, brushing hair repeatedly, obsessively checking mirrors, skin picking, and constantly seeking reassurance from others. You can read about OCD here.

How can therapy help with body dysmorphic disorder?

Though it may be difficult to seek help, it is important that you do if you think you may have body dysmorphic disorder. It is common that people wait up to fifteen years before seeking help due to high levels of shame. There is nothing to be ashamed of; you are living with a long-term health condition which is thankfully highly treatable. You can go to your GP, who would assess your symptoms of BDD by asking you various questions. If you are diagnosed with body dysmorphic disorder, your GP will most likely refer you to a mental health professional.

You may also want to consider looking for a therapist or counsellor privately, as unfortunately the waiting list in the NHS is often quite long. Talking therapy can alleviate the symptoms of body dysmorphic disorder, and with support most BDD sufferers find that their situation improves greatly. Cognitive behavioural therapy (CBT) in particular has been shown to be an effective support tool (2), as it focuses on identifying and managing negative patterns between thoughts, feelings and behaviours. CBT will aim to reduce your desire to carry out negative behaviours and overall decrease your anxiety levels in regards to your body.

Therapy or counselling can also be a helpful support if you have been any feelings of guilt, shame or loneliness, or any other negative feelings, as a result of having body dysmorphic disorder.

How to spot if a child is vulnerable to body dysmorphia

The psychological costs of body shame