Why Can Social Media Have Such a Negative Effect On Us?
Find a therapist
Find a coach
Join as a practitioner
Log in/register 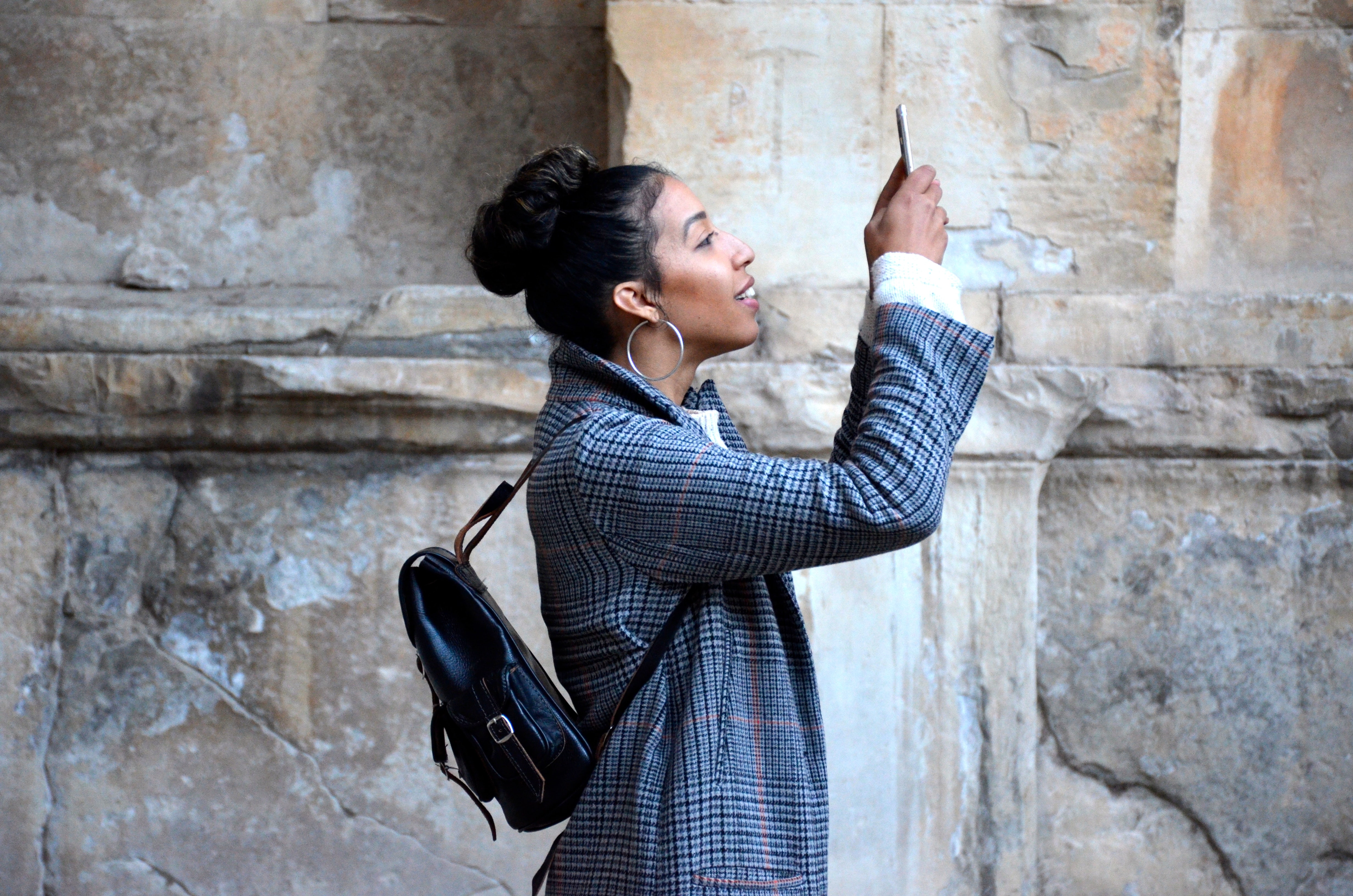 Why Can Social Media Have Such a Negative Effect On Us?

We all know that too much time spent on social media can have a negative impact on our wellbeing. Too much time spent scrolling through feeds and stories can have a numbing effect and can sometimes unhelpfully distract us from people, situations and thoughts that require our attention. Social media also notoriously feeds our FOMO, and research has also shown that the comparisons it encourages us to make with the shiny, edited highlights of other people’s lives also has a negative psychological effect, whether or not we feel we are better off than the friends or celebrities with whose posts we are making comparisons. Psychological theories can develop our understanding of the deleterious effects of social media further, and help us make informed decisions about how and how much we engage with it.

One reason social media is so addictive is because of the way in which it fulfils our ego needs. According to Freud, our minds are made up of three components: the id, the super-ego and the ego. The id is the instinctual part of the mind that contains sexual and aggressive drives, and hidden memories. Our super-ego is our moral conscience, and the ego is the most realistic part of the mind, which mediates between the id and the super-ego, between the internal world and the external world. The ego aims to make the desires of the id socially acceptable.

For Freud, those desires were primarily related to libido, or sexual energy. The ego would convert the id’s raw desire into something more socially acceptable, such as making oneself attractive to others. Today, our understanding of the id’s instinctual desires has expanded to include a more general desire to relate to others. Social networks are a useful tool that enable us to do this. As has been frequently discussed, they also enable us to present an idealised image of ourselves as we would like to seem and to be seen. Both practically and psychically, this can lead to an over insistence on the outward presentation of the ego, at the expense of more inward expressions of our identities and the elements of ourselves – perhaps those parts that we consider vulnerable or shameful – that we do not want to share with other people. This can create a psychological imbalance and reinforce our negative perception of those aspects of our identity that we feel the need to conceal.

Alongside this, our super-ego can bring its harsh judgement to bear on the face we are presenting to the outside world, if it feels we are not succeeding. Our super-ego encourages us to compare ourselves negatively to other people and in this respect is perfectly aligned with the way in which social media pushes us to be aspirational and to make comparisons with profiles, feeds and stories we see online. Again, this can be to the detriment of a healthy ego and a more complete sense of self.

The ways in which social media encourages us to present online, and the manner in which this can feed the less healthy aspects of our ego and super-ego can lead us to establish a false self. It was psychoanalyst Donald Winnicott who first defined the notion of the false self. As children develop, they begin to realise which feelings are OK and which are not OK (feelings like anger, rage, anxiety and unhappiness). If the behaviour of adults around them teaches them to hide that second group of feelings away, they can then develop a false self, the acceptable face that they present to the outside world, which hides and protects their true self.

The false self behaves and interacts in a way that is expected and accepted, while the true self is concealed, still feeling all the things that have been deemed to be unacceptable. To a certain extent, the false self is an adaptation to our need to mediate our interactions with the outside world, with society. But it can be maladaptive in the sense that our interaction is partial, leaving vast parts of ourselves unrecognised. This can lead to a sense of alienation, to feelings of shame and even to depression. Social media can feed and support this maladaptive relationship with our sense of self, since it requires us to be wearing a social and socially acceptable mask.

Our awareness that multiple audiences see our posts and stories can create a tension between our daily lives and what of them we choose to share – have you ever gone to post a picture of a night out and hesitated, aware that your gran and your work colleagues will see it, as well as your closest friends? Navigating multiple relationships and aspects of self via a single online identity can be difficult, and can limit our self-expression. Our tendency to present an idealised version of our lives online can also lead to a sense of disconnection. And however much control we have over what we choose to post, we then have very little control over how others respond to and use that information, which can lead us to feel we have lost our sense of ownership of what is most personal to us: our identity.

The final theory it can be helpful to draw upon when seeking to explain why social media can have such an adverse effect is Melanie Klein’s Theory of Internal Objects. Melanie Klein was a psychotherapist who was the main figure in the development of object relations theory.

We initially form these internal objects in infancy, through our experiences with our caregivers – particularly mothers. In healthy development, these mental representations evolve over time, and change depending on our experiences in relationships with others. In less healthy development they can remain at a more immature level, and there is a tendency to see relationships and people in black and white terms, as either good or bad. This can occur particularly if a mother is not able to meet a child’s emotional needs. Where a mother is emotionally available, a child will come to merge the negative and positive aspects of that mother into an integrated and more realistic whole. Since the child has internalised the relationship and her representation of the mother, this integration extends to the child’s own sense of identity. Conversely, if the mother is at times emotionally absent, the child is likely to repress bad aspects of the mother’s identity and of the self. This repression is not sustainable – i.e. these negative aspects will re-emerge and cause difficulties in terms of self-esteem and relationships with others. These damaged internal objects can also lead to anxiety and undermine our sense of wellbeing.

These difficult feelings can be linked to and be exacerbated by our use of social media. Melanie Klein identified ways in which infants protect themselves against negative feelings, and the processes she describes can also apply to adults who are struggling with anxiety or low self-esteem. In Klein’s model, we project hate and ‘badness’ onto other people, to get rid of our own negative feelings. This process of projection is closely aligned with the ways in which we might use social media to help us feel good about ourselves, by getting drawn into comparisons with other people’s feeds and stories. This can be harmful in two ways.

Firstly, as mentioned, research has shown that comparisons can have an adverse effect, even if we emerge on the positive side of the comparison. Secondly, we are just as likely to compare ourselves negatively to other people. Then, rather than projecting the bad, we introject it, and use others’ social media feeds to reinforce our negative feelings about ourselves. While Melanie Klein saw healthy projection and introjection as a way to cope with anxiety and to form links with others, she also recognised that if they are used excessively, they can sabotage our sense of a secure, coherent self, and a reliable other. Social media can encourage us to do just that.

Klein also made a clear link between a lack of the strong sense of self and envy – an emotion that can be fuelled by social media. What makes envy so destructive is that it is an urge to destroy not badness but goodness. Envy makes it impossible to benefit from goodness, leading us to discard or destroy positive possibilities in terms of relationships. According to Klein, an insecure sense of self also leads us to fragment our identity, and those of others. The limited and edited versions of an individual’s identity presented by social media accounts support this sense of fragmentation, which leads us further away from more positive and rounded relationships with ourselves and others.

As ever, the fact remains that social media can play a vital role in connecting people and in creating opportunities for self-expression. However, an awareness of some of the ways that it can exacerbate psychological tendencies we may already have, or undermine our sense of self, can help us take a more measured and considered approach social networks. If time online leaves us feeling low or empty, we can reflect on why this might be, and seek out other forms of social interactions that can support our psychological wellbeing.

Emma Kilburn is a trainee psychotherapist and writer

The psychology of social media malice

Is it time to quit social media?