What Does Real Intimacy Feel Like?
Find a therapist
Find a coach
Join as a practitioner
Log in/register 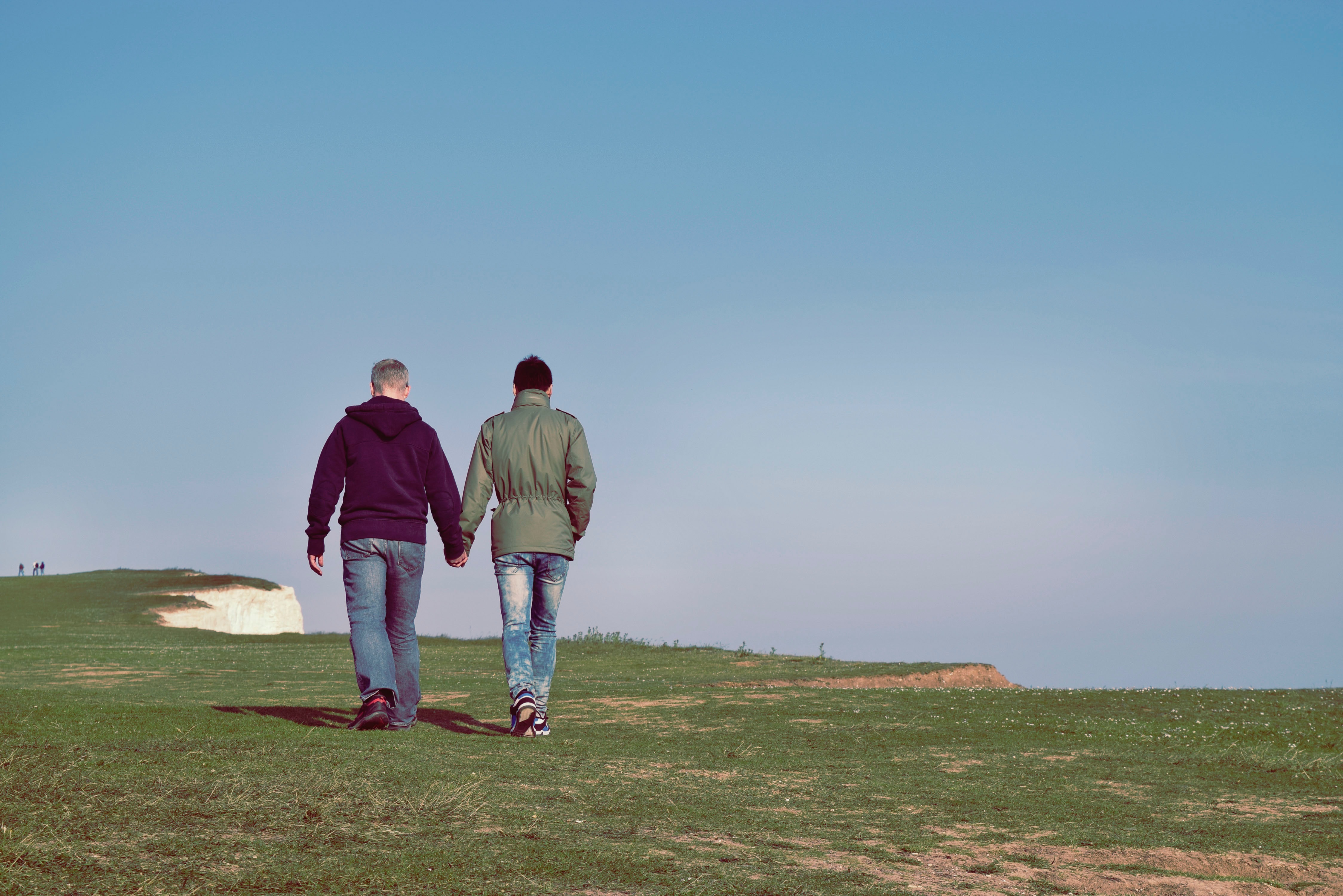 When you hear the word intimacy, what comes to mind? The bedroom? Passionate kissing? Sex? Although intimacy is often associated with romance, the intimacy I’m referring to can be experienced just as much in a platonic friendship or close family relationship as it can in a romantic partnership. It’s less about physical or sexual connection, and more about being seen and accepted. That’s how I define intimacy: the experience that emerges in moments when you feel truly seen and accepted.

This might seem straightforward, but let’s narrow in on one word in that definition: “you”—moments when “you” feel seen and accepted. Who is this “you”? There are many different parts to who we perceive ourselves to be. We have parts that are happy, loving, outgoing, and playful, and other parts that are insecure, subdued, anxious, and sad. Certain parts we may allow to be seen, and other parts . . . well, the thought of revealing them makes us break out in a sweat.

Since “you” have different layers, the degree to which you experience intimacy with another can have different layers. To get to those deeper layers of intimacy with others requires you to feel that more parts of you, the deeper parts, are seen and accepted. Not being present to, or deliberately suppressing parts of ourselves, often leads us to further disconnect, numb, speak partial truths, and not feel at ease. As we give these parts space to surface in our awareness, they get the chance to be heard, touched, and then either be let go or reintegrated into the rest of who we are.

The very act of bringing these parts to the surface, although possibly painful at first, is ultimately freeing and empowering, because we’re no longer diminished from trying to hide from them. It can be like a weight is lifted from our shoulders. We feel more at ease in our own skin, secure in ourselves, and settled. The same effect happens in a relationship. There’s often so much that we’re holding back of ourselves that it’s impossible to feel a deep connection with someone. Once we bring more of ourselves into the relationship, there is an opening, allowing for a deeper sense of “seeing” one another.

But if you knew the real me...

I once worked with a couple, Chris and Jarrod. They loved each other, but Jarrod didn’t feel that he could fully surrender to Chris’s love. Chris would tell Jarrod that he loved him, but in the back of his mind, Jarrod would think, “Well, if you knew who I really was, you wouldn’t love me.”

When Jarrod first shared this with me and Chris in our session, I could feel Chris bracing for something. I imagined his inner rumination to be: “What does he mean I don’t know who he really is? Does Jarrod have some separate life? Has he been cheating on me? Is he an accountant by day and an assassin by night?”

I invited Jarrod to elaborate on this. Who did he perceive himself to really be that Chris didn’t know? Jarrod reflected with a peculiar look on his face. It was as if this was the first time he asked himself that question. We waited for a minute in silence as Jarrod thought about it. Nothing came up. He couldn’t find anything that Chris didn’t already know about him. There was no secret past or love affair. There was just this sense that Chris didn’t know the real him, with no hints of what separated the Jarrod that Chris knew from the “Real Jarrod.”

Clearly, Jarrod had some perceptions of himself that even he wasn’t aware of, and these perceptions were subconsciously blocking his ability to believe and accept that Chris could actually love him. This is where intimacy gets interesting. You play an equal, if not greater, part in your experience of intimacy as the person with whom you’re trying to experience intimacy. You are the gatekeeper. It doesn’t matter how much someone says they love, appreciate, and enjoy being with you; if you don’t believe it at your core, they’re just words that don’t get through.

Jarrod and I did some one-on-one work over the next couple months to get in touch with this block. A lot of interesting stuff came up. The biggest thing was the shame he still felt about being a gay man. Having come out as a teenager, he dealt with years of discrimination, name-calling, and feeling “less than” because of his sexual orientation. Even his parents thought he needed to be “fixed.” It was not an easy childhood. Despite now being in a healthy relationship with a wonderful man (Chris) and living in a community of friends who love him, he still had an internalised perception of himself as “broken,” which was so deep that he didn’t even know why he felt that way.

Do you see why he wouldn’t be able to experience a deeper intimacy with Chris? In Jarrod’s mind, there’s a part of him that is broken, a part that Chris doesn’t know about. So, when Chris says I love you, it only holds so much weight, because it’s not accounting for the part that Jarrod believes is most unlovable—the part of him that is broken. The craziness of it all is that there was no way for Jarrod to share this part of himself because he didn’t even know about it! He hadn’t yet done the work to get in touch with it, to create an intimacy with himself. Once Jarrod was able to see and make space for this part in his own awareness, he could reveal more of it to Chris, bringing it to their shared awareness. He was able to share how he still feels “broken” on some level, and how he was afraid that if Chris saw that insecure part, he would reject him.

When Jarrod felt that Chris was able to see him in the same way he saw himself (the good parts and the broken parts), and that Chris still loved and accepted him, he was much better able to let that love in. Although it took some time, as well as effort on Jarrod’s part to continue to bring compassion to this “broken” part of himself, their relationship deepened in a really powerful way.

As we uncover and make space for more of ourselves in our own awareness, we have the opportunity to bring those parts into our connection with others. This could be as straightforward as putting voice to these parts (as Jarrod did with Chris), or actually allowing ourselves to embody these parts (perhaps expressing anger or fear when we might typically suppress these emotions).

To do this isn’t easy. And there’s no promise that we won’t be rejected. If the person is not able to accept us in the embodiment of our full self, then it might not be the right relationship. Or we may need to evaluate how important it feels for the deeper parts of us to be seen and accepted by this person. However, what’s always struck me in my experience with intimacy is that often the thing that’s getting in the way of being close with someone is the thing that when shared, actually deepens my connection with that person. We might think, “Let me be really nice and not show them my edgy side” or “I’ll spare them from my negative relationship with my mother,” trying to preserve a sense of closeness by not sharing certain aspects of ourselves. However, real connection doesn’t happen at the level of “you’re great, I’m great, let’s be great together.” That’s just boosting each other’s egos, and it holds the same fragility as you only loving yourself when you’re at your best.

Real connection is about having the permission to be human with one another. When you give yourself that permission, you also give the other person that permission. At the heart of what we’re looking for is a feeling that, on the deepest level, we are “okay.”

Take some time to journal or reflect on the following questions:

How an unconscious fear of intimacy can affect relationships

How our childhood experiences close us off from intimacy

How negative self-talk can damage our relationships

7 ways to strengthen your self-worth