What Actually Makes Us Happy?
Find a therapist
Find a coach
Join as a practitioner
Log in/register 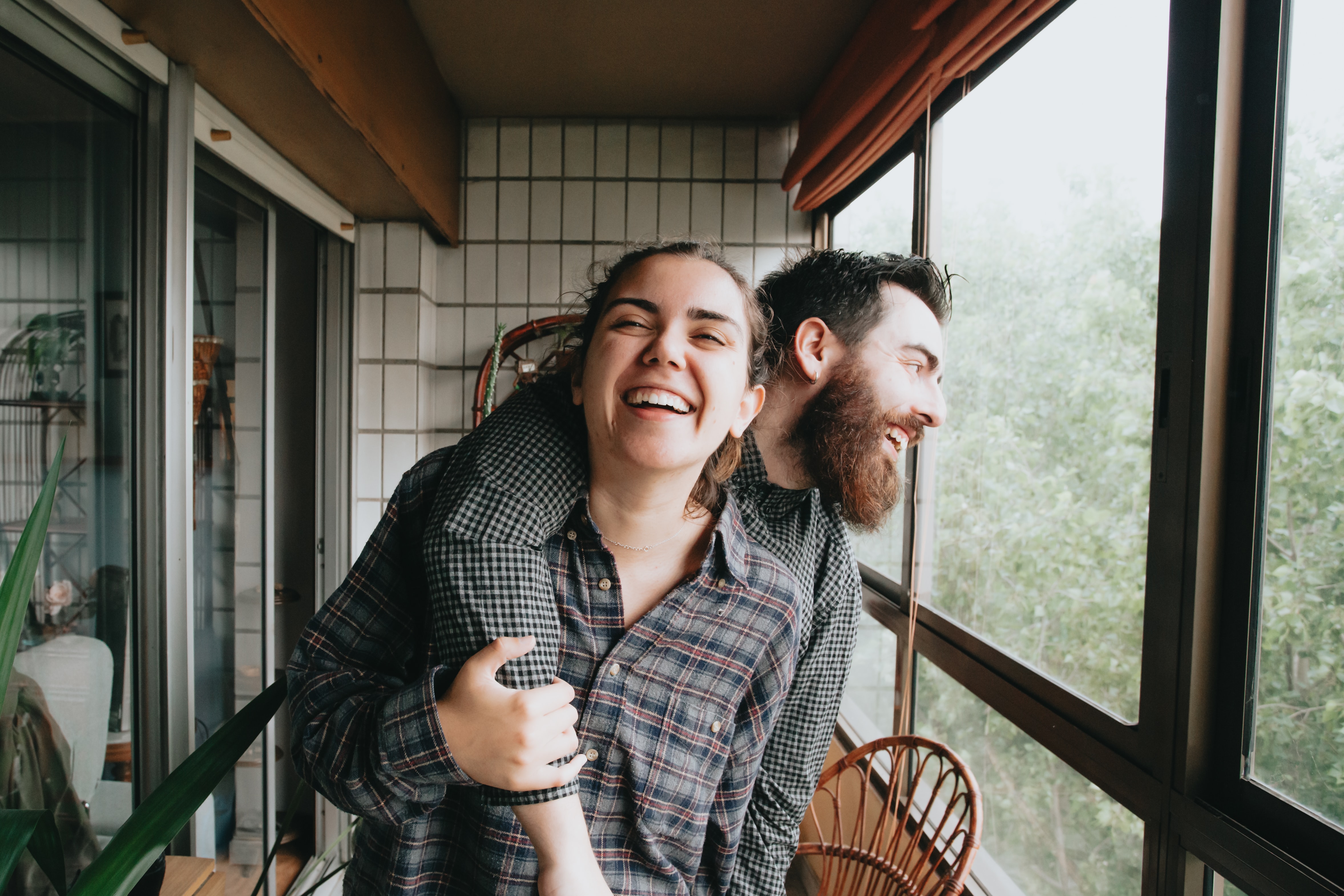 What Actually Makes Us Happy?

Hardly anyone, if we are honest, does not want to know the secret of happiness. It is a natural and universal yearning throughout humanity. For millennia, the great thinkers have pondered the eternal question: ‘What is the good life?’ – the kind of life that each of us may dream of living. In the American Enlightenment, the ‘pursuit of happiness’ was ranked equal to both liberty and life itself.

Can science tell us this secret? First, an unsurprising answer. We know what happiness is – but what makes us happy differs from one person to another. It is an individual thing. There is no universal answer. To be precise, happiness is a state of mind where we are content and satisfied with the state of our lives.

If we had been alive in Palaeolithic times, our daily priorities would have been very different from what they are today. Happiness then consisted largely in having got through another day and still being alive at the end of it. But the last ten thousand years have changed all that. One after another, dramatic revolutions – agricultural, industrial, digital – have conspired to make getting what we want that much easier.

Now, for the first time ever in human history, whole populations largely have what they want, in physical terms. But the question remains: has this state of material wellbeing made us any happier?

Let’s now look at what science has found about functioning well – starting with money: can it buy happiness? Unsurprisingly, research shows that money makes a big difference to happiness – up to a point. A 2010 study by Princeton researchers Daniel Kahneman and Angus Deaton found that people tend to feel happier the more money they make, up to a limit.

That limit was $75,000 (£50,000), after which happiness levelled off. More recent research (published in 2018) found that in spite of inflation, $75,000 or £50,000 still seemed to be the happiness ceiling. This finding may well be difficult to understand (particularly if you don’t have much money), since most people assume that more money will solve more problems. But it seems that no matter how much money we have, the fundamental questions of life, such as what it means, who we are going to spend it with and who we are, don’t go away.

There’s a subtle twist to this tale. Happiness researchers will tell you that if you have money and you’re not happy, you aren’t spending it right. Harvard Business School carried out a fascinating experiment in a shopping mall in Vancouver. Shoppers were given an envelope containing either $5 or $20 and told to spend it by the end of the day. Half of them were told to spend it however they wished; the other half, however, were told not to spend it on themselves – they gave it to charity or to the homeless or spent it on someone else. By the next day, the results were in. It didn’t matter whether it was $5 or $20, those who hadn’t spent it on themselves were measurably happier and felt better about themselves.

Second, is it true that marriage will make us happy?

All studies around the world for the past twenty years have shown a stronger association, however it’s measured, between happiness and being married than between happiness and any other disposition, be it cohabiting, divorced, separated or single. This difference is stable across the lifespan and seems not to vary across generations. There may be an element of ‘reverse causation’ here – people who are happier are the ones who tend to get married, typically to other people who are also happy. But again, the picture is not as simple as it might seem on first glance: as a rule (of course there are exceptions), happiness declines over the course of a marriage; and paradoxically, research shows that the next most happy experience to getting married is getting divorced. We can combine these two research findings in the principle ‘a good marriage makes you happy’ – tempered by the acknowledgement that the moment it starts not to be good, the reverse applies.

Parents in all countries and cultures are quick to laud the benefits of having children: ‘a child is a bundle of joy’. But the objective facts do not support this throwaway line of folk wisdom. All studies for the past 50 years have shown the opposite: generally, parents are less happy than childless adults. But it’s a close call. Children have only a small negative effect on the happiness of their parents, so there will be plenty of us who find ourselves in the large minority of those parents who are happy. It does appear to depend on where you live (in Norway and Hungary, parents are happier than elsewhere), on how old you are (older parents tend to be happier) and on your child-care arrangements. The reasons for ‘unhappiness’ seem to revolve around the conflict between family life and work pressures.

Where this is lessened by more enlightened employment practices, for example giving adequate maternity/paternity leave, the unhappiness level is much reduced.

These are just three examples of how well we might be functioning. To get a wider perspective, we need look no further than a study carried out by Harvard psychologists in 2010. Using an iPhone app called ‘trackyourhappiness’, they contacted two thousand people around the world and asked them to note what they were doing and rate, on a scale of 1 to 100, their subjective wellbeing (100 being ‘feeling very good’).

First the obvious: those who were having sex scored the highest at 90. That was way ahead of exercise, in second place with a rating of 75. After that came a cluster of activities: talking to others, listening to music, taking a walk, eating, praying, meditating, cooking, shopping, taking care of one’s children and reading. And at the bottom of the list? The three most irksome scourges of our lives appear to be personal grooming, commuting and working.

It would be wrong to finish this section on functioning well without mentioning two other big findings about its role in our happiness. The first is this: even though we may dislike our daily jobs, doing nothing is a bad idea if we wish to be happy. Science has found that almost universally, in every culture, total idleness is the way of life least likely to make us happy. It seems that living with a purpose is an essential part of human happiness. One might almost say that if the purpose of life is to find happiness (and many, from Aristotle to the Dalai Lama, say that it is), then that involves living with a purpose.

As long ago as 1926, the Austrian neurologist and psychiatrist Viktor E. Frankl was the first scientist to identify meaning as an innate drive of all humans – and his theories were tested in the harshest way in Auschwitz, which he survived. Forced to dig ditches in the knowledge that the Nazis had killed his beloved wife, Frankl reflected: ‘I grasped the meaning of the greatest secret that human poetry and human thought and belief have to impart: the salvation of man is through love and in love.’ The contribution of ‘purpose’ to our happiness is now embedded in psychological understanding.

The second finding is that whatever we are doing, we should not let our minds wander. A lack of focus will ruin that sense of happiness that comes from functioning well. Back to the Harvard iPhone study, where the researchers found that for 7 per cent of the time on average, across all activities, people’s minds wandered. The happier they were in the activity, the less the mind wandered (only 10 per cent of the time while having sex), but the rule held nonetheless. And there’s more: whatever people were doing, and however they rated it on the ‘wellbeing’ scale – whether it was having sex or reading or grooming – they tended to be happier if they focused on what they were doing. But which way around was this working? Did their level of unhappiness cause the mind to wander, or did the wandering mind cause them to be unhappy? What the researchers found was fascinating.

If someone’s mind wandered at 9am, then 15 minutes later they were less happy than they had been at 9am. But if people were miserable at 9am, they were not more likely to be fretting or daydreaming 15 minutes later. In other words, there was evidence that a wandering mind causes unhappiness, but no evidence that being unhappy causes our minds to wander. We should clearly keep our minds on what we are doing.

Professor James Goodwin is the author of Supercharge Your Brain

How to embrace life's simple pleasures

How to enjoy time alone

Your therapist's favourite therapist: how my dog changed my life

Is staying in love an unrealistic relationship goal?