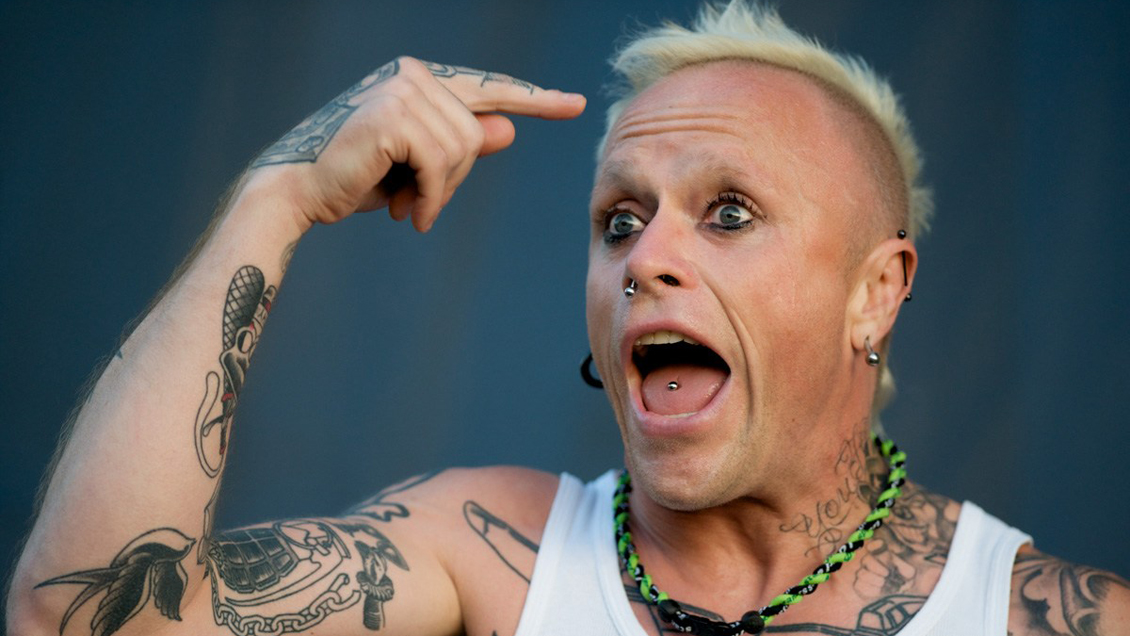 Keith Flint, vocalist for The Prodigy, has died aged 49. Reports have been released that he took his own life; he was found at his home in Essex on March 4. Formed in the 1990s, The Prodigy found fame on the UK and global stage, and are credited as pioneers in the field, in part due to Flint's recognisable vocal and performance style.

Due to tour the US in May, Flint's suicide has seemingly come as a shock to bandmates who have paid tribute: "“It is with deepest shock and sadness that we can confirm the death of our brother and best friend Keith Flint. A true pioneer, innovator and legend. He will be forever missed." 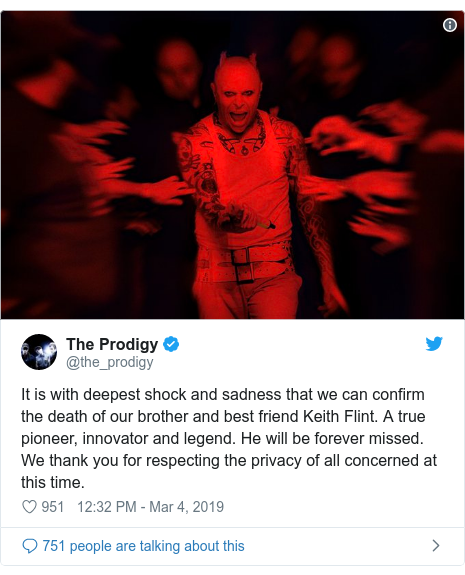 Fans and friends have also been speaking out. The Chemical Brothers' Ed Simons remembered him as "a great man" who was "always great fun to be around".

Radio 2 DJ Jo Whiley described Flint as "an absolute sweetheart" and "iconic frontman"; and dance duo Chase & Status said: "We wouldn't be here if it wasn't for Keith and the life changing music they made and championed."

Flint has been open in interviews about an unhappy childhood, and the great freedom and meaning that making music and performance allowed him. Flint has also spoken of depression and addiction to prescription drugs that plagued his experience during a period of fewer gigs as the band took a creative break in the early 2000s.

Suicide is the biggest killer of men under 50 in the UK; why is this the case? Therapist Joshua Miles cites reasons ranging from stigma to seeking help, to reduced social support in his article here. Therapist Gurpreet Singh highlights how men often suffer in silence: "WHO also reports that there is a gender gap in how people access health services. In the UK, woman have significantly higher consultations with their GP than men. Men are less likely to access health services in general. Not only is the risk-taking behaviour higher in men but they are also less likely to seek help when they need it. And this may apply not just to their physical health but also to their mental health and therefore their emotional needs."

Long-term and/or severe depression can put someone at risk of suicide. "Does depression prevent you from living, working, loving? When the negative consequences of depression invade your life and become as difficult to bear as the symptoms of depression, it is time to ask for help," says therapist Sonia Cerqueira. "If you feel isolated and that the feeling of being judged pushes you to retreat even more, it is advisable to seek help from a psychotherapist. Will alone is not enough to cure depression. Depression has consequences on all activities of everyday life: intellectual performance decreases, conflicts increase, professional results are affected. Depressed people may lose their jobs during their illness.

If the suffering is such that you use uncontrolled substances or legal or illicit means to calm you down (alcohol, tobacco, cannabis, drugs, food), I strongly recommend that you contact a psychotherapist."

If you or someone you know needs immediate help, contact the Samaritans on 116 123.

Dad took his own life, now I'm trying to help other men with depression