Why Do People Take Extreme Risks?
Find a therapist
Find a coach
Join as a practitioner
Log in/register 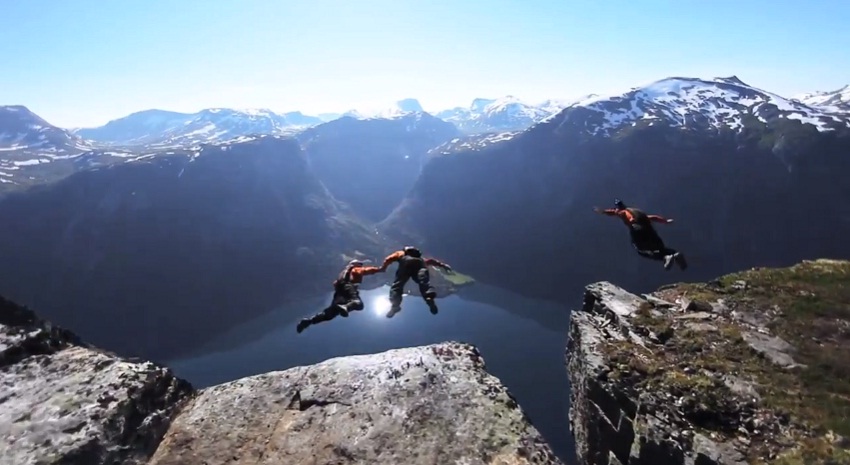 Why Do People Take Extreme Risks?

Imagine climbing up a sheer wall of rock without a rope. Missing a foothold, losing your grip, or encountering a falling rock could send you flying toward almost-certain death. Welcome to the precarious world of free solo climbing.

Alex Honnold is widely regarded as the world’s leading free solo climber. He has made some remarkable un-roped climbs, including the breath-taking 2000-foot walls of Half Dome in Yosemite National Park. The concentration required is extraordinary. Half Dome took three hours to climb the first time he scaled it, and Honnold was one slip away from death for every second. Throughout history, people have chosen to take extreme risks. Activities such as climbing, mountaineering, polar exploration, deep-sea diving, space faring, and long-distance sailing all place extraordinary physical and psychological demands on people. To survive – let alone to thrive – in such conditions requires specialised equipment, years of training, and nerves of steel.

Adventurers are driven by multiple, complex motives - motives as varied as the environments they seek out.

Why do people like Honnold choose such dangerous situations? It’s popular to assume that people who voluntarily choose to experience extreme activities are all ‘dare-devils’, risking their lives for thrills. That’s certainly true for some. But over the last few decades, psychologists have discovered that adventurers are driven by multiple, complex motives – motives as varied as the environments they seek out. People who are particularly attracted to the adrenaline-fuelled thrill of danger tend to score highly on measures of a personality trait called ‘sensation seeking’, which describes a preference for novel and intense experiences. Studies of sensation-seekers show that they are more likely to engage in many risky activities, including dangerous driving, drug abuse, unsafe sex, and criminality. And, sometimes, extreme sports like surfing or hang-gliding. Many of those who choose extremes are not sensation-seekers, however. This might seem surprising, until you consider that many types of extreme environment require deep expertise, meticulous preparation, the avoidance of unnecessary risks, and the ability to remain unperturbed by acute danger. People who crave novel experiences can’t stick the years of (often monotonous) practice, and those who push the limits in search of thrills don’t tend to survive. British explorer Adrian Hayes, who has summited Everest and K2, and trekked to both Poles, spoke recently about how he only took "measured risks, not reckless risks". Most adventurers will tell you that they try to eliminate thrills, not look for them.

Most adventurers will tell you that they try to eliminate thrills, not look for them.

Instead, many are driven by the desire to master skills and to conquer challenges at the limits of their ability. When someone is utterly absorbed in a demanding and stretching activity they experience a rewarding psychological state called ‘flow’. A person in flow – you might think of it as ‘being in the zone’ – experiences intense concentration. They feel in control, forget everyday anxieties, and deliver high levels of performance. Extreme environments provide many opportunities for flow. Dangerous situations force you to pay attention, blocking out everyday distractions, and test your skills to their limits. One free solo climber said: "You have a super-sharp focus … It gives you real clarity; all the things you might be concerned about, like your mortgage, don't seem that important". Some travel to extreme environments to satisfy a yearning for solitude. Bernard Moitessier entered the non-stop, solo round-the-world Golden Globe yacht race in 1968. Solo circumnavigations are punishingly hard (the race was memorably described by one author as "a voyage for madmen"). Yet Moitessier found the experience of solo sailing addictive: he abandoned the race but carried on sailing, eventually circumnavigating twice. He was driven by the joy of being at one with nature, and the escape from the modern world. For some, their primary motive is not thrills, solitude, or the joy of flow. Instead, extreme experiences are a means to another end. Take, for example, scientists who explore harsh places on Earth to try to understand how life might have existed on Mars. Astrobiologist Nathalie Cabrol researches how microbes survive in high-altitude, poisonous volcanic lakes in the Andes. As well as being an exceptional scientist, she also holds a world record for high-altitude free-diving. The rich and varied stories of people who venture into dangerous places show us that there are many positive reasons for choosing extremes, and many positive outcomes to the experiences. It’s not just about self-destructive thrill-seeking.

Emma Barrett is the co-author of Extreme: Why Some People Thrive at the Limits

The difference between loneliness and being alone

How to change the way you think about exercise