Parenting and gender: what's the difference?
Find a therapist
Find a coach
Join as a practitioner
Log in/register 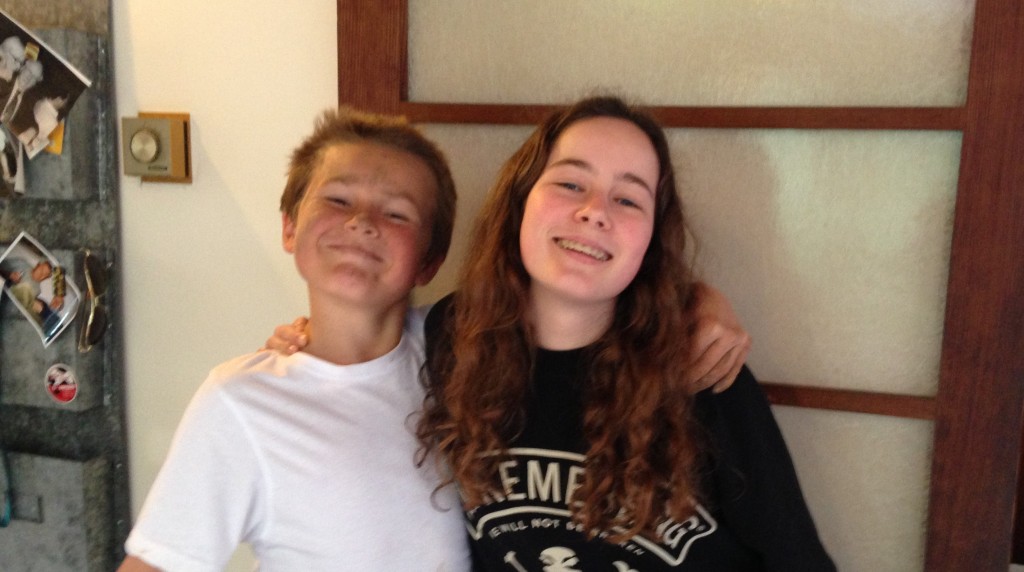 Parenting and Gender: What's the Difference?

When my triplet daughters went to university in 2005 my household switched overnight from one in which I, as a female, was in a 4:2 majority, to one in which I was outnumbered. Suddenly it was just me, my then three-year old son, and his dad. The shift in dynamic is one I'm still getting used to as my son grows up. I confess I miss my daughters, and I miss female company.

People assume I'm an old hand at this parenting lark, but the truth is that raising one boy is very different to raising a trio of girls, and is providing just as much of a learning curve.

I never tried to steer my daughters into traditionally "feminine" roles. Triplets have a hard enough time being compared to each other, so we encouraged individuality. Olivia decided aged five that she wanted her hair cut short "like Florence off The Magic Roundabout", which meant people often assumed she was a boy. Becky has kept her long tresses into adulthood. All three girls were most comfortable in jeans and sweaters, rarely wore make-up as teenagers and, maybe because they had each other for support, were mercifully free of mood-swings. Nor did they obsess (much) over boys, like I had done as a teen; they had plenty of boy mates. I felt I'd got off lightly.

By the time my son was born I had become slightly blasé, having been told so often that if I could bring up triplet daughters I could handle anything. But when my son started school I was in new territory. It was his first real experience of having to share, and he found it hard. He was also in a class of mainly boys and I didn't know what to make of the aggression that spilled into his and his friends' play.

My daughters were stroppy with each other as two-year olds, but grew out of it (with much persuasion) by the time they went to nursery school. With my son and his friends, play fights were hard to referee. Some parents would swoop in as soon as one boy so much as laid a finger on another; others stood back and thought they should be left to wrestle it out, even if things got a bit gladiatorial. I tried to apply the same rules I would have applied to my daughters, intervening if things got rough, and urging diplomacy rather than fisticuffs.

I reached for Steve Biddulph's popular book, "Raising Boys: Why boys are different – and how to help them become happy and well-balanced men", and was reassured to learn that testosterone surges kick in pretty early on with boys; the physicality I'd witnessed was not unusual. Biddulph has recently published the equally helpful "Raising Girls", which addresses the societal pressures that can so easily push girls towards anxiety and narcissism.

Boys' and girls' brains are not so very different, according to neuroscientist Lise Eliot, whose 2009 book, "Pink Brain Blue Brain", examines what parents can do to resist the harmful stereotyping that grows more entrenched over time. Maybe so, but I confess it's hard to be consistent. At times, when my daughters were little, I felt – fleetingly, irritatingly – like I was parenting my own mother. They each had characteristics that reminded me of her. Whereas with my son, I sometimes think I'm talking to my dad. He loves an argument, and, much as I usually shy away from conflict, I find it almost impossible not give voice to my own inner-teen and argue back. So gender patterns that were part of my childhood have surfaced, despite my best intentions. And as for hormones, now my boy is 12, he's going through milestones I never experienced with my daughters: – He's already taller than I am (whereas my daughters are my height). – He's strong, and takes great delight in being able to pick me up and carry me about. – His voice has dropped. The way it's going he'll soon be able to sing along to Tom Waits tracks. – He is proud to have the downy beginnings of a moustache. I've been a parent for 27 years, but these are all firsts for me. And I'm nervous about what's coming up, knowing that his peers will become more important than family as he navigates his way through puberty.

Already he's had scary-sounding school assemblies on the perils of sexting, and on sexual abuse, and drugs. Is forewarned forearmed? I hope so, just as I hope that he's got a healthy view of what relationships should be. I was particularly struck by Steve Biddulph's advice that boys need role models (beyond their own parents), and a caring community in which to flourish. My son's lucky that he has his sisters as examples of strong women, but also their boyfriends as examples of strong, kind and wise young men, who still remember the appeal of Lego. Dare I say it, much as I've missed female company since my daughters left home, I'm really looking forward to the adventure of parenting a teenage boy. Wish me luck! Click here to buy Raising Boys: Why Boys are Different - and How to Help Them Become Happy and Well-Balanced Men

Click here to buy Pink Brain, Blue Brain: How Small Differences Grow into Troublesome Gaps - And What We Can Do About It