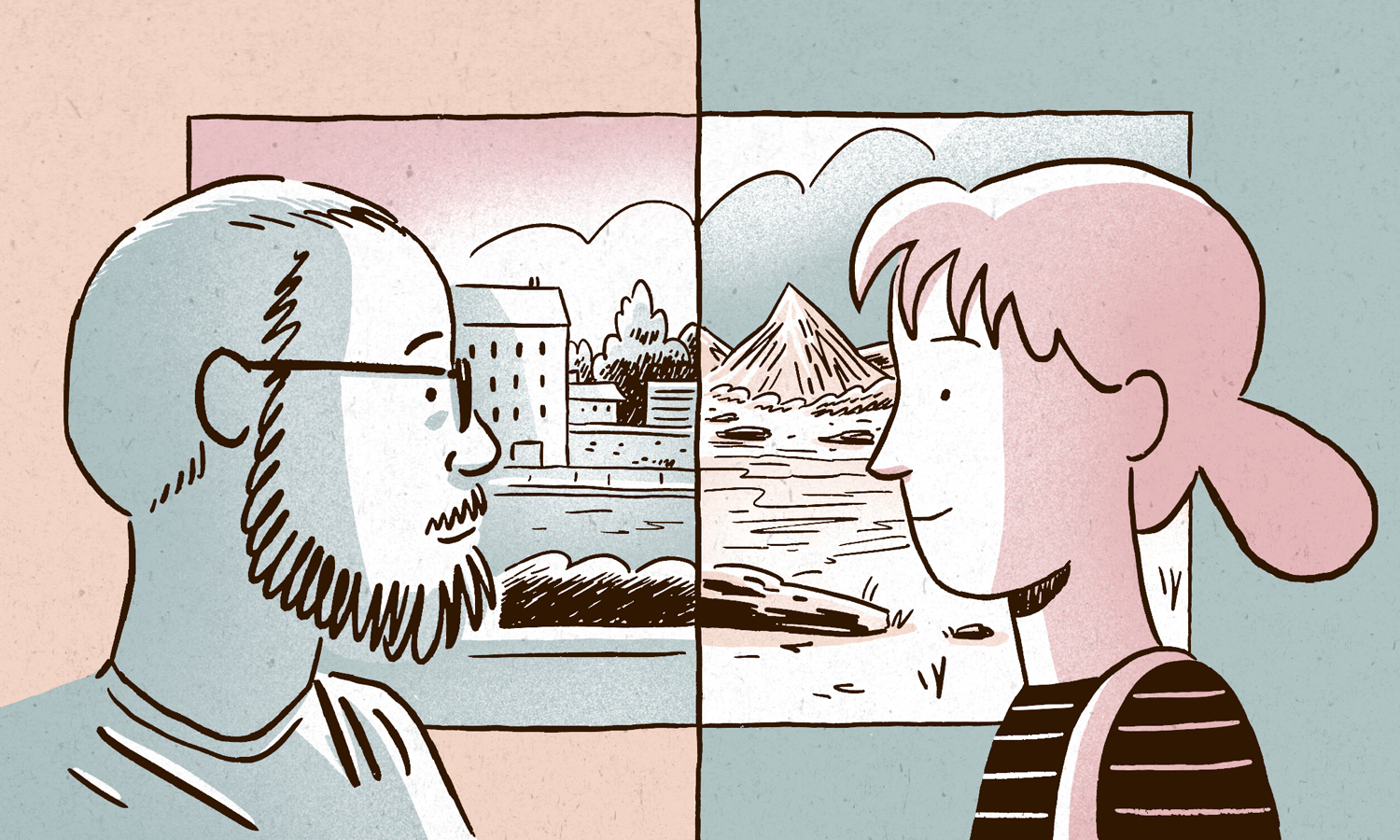 My Therapist Told Me I Didn't Know Myself – They Were Right

One of the first things my therapist told me was that I didn’t know who I was.

Naturally I was deeply offended at the time – “How dare they! Who is this stranger to tell me I don’t know myself?!” – but of course they turned out to be completely right, and helped me get on the path to overcoming my problems.

Those problems, then. I’ve been variously diagnosed with depression, agoraphobia, severe anxiety, low self-esteem, chronic fatigue, maladjusted behaviour, distorted thinking, and so on – although being diagnosed with these things was never a particularly helpful thing for me. If anything it just made me cling to the problem even more. It was my excuse for everything – “well I can’t do that, because I am this” – and it started to form a large part of my identity. This was what I was, and so this was also all I could ever be.

Practically, this meant I didn’t really leave the house for many years; I had anxiety attacks whenever I’d take any form of transport; if I did I’d always take an aisle seat so I could leave at any time I wanted; I would panic and think I needed to go to the toilet all the time (even if I had literally just been). I used to worry so much about sweating at school I would wear a jumper to cover my sweat patches (that went about as well as you could imagine). I would get so tired I couldn’t do anything for weeks at a time. I’m not lazy, but people would think I was. People would constantly tell me I was. Sometimes they still do, or they’ll ask me why I can’t do more.It’s a difficult one for most people to understand, but that’s ok. It’s taken me nearly 25 years to start to really get my head around it too.

I’d seen other therapists and counsellors, spent years and years on NHS waiting lists, tried CBT, went to group therapy for low self-esteem and all sorts of things to try and get over my anxious thoughts and everything that came with them. None of these things really worked for me, but they did help me develop a base of understanding for my problems, what was happening and why.

In the end what helped me most was somebody treating me as an individual and not just as the problem, which is a very significant difference, simply by taking into account how specific things are for you. Because it was never one specific problem, just a big tangled ball of anxiety spiralling off in different directions having different effects mentally, physically, on my thought patterns, on what I thought I could and couldn’t do. Recently I’ve come to realise it’s actually what I’ve spent most of my life studying, even if I never really wanted to.

I also didn’t want to deal with it at all. I told myself I could just get on with things, I could still write and draw and do all the things I wanted to do at home, so why did I even need to go anywhere anyway? It didn’t take too long before it became apparent that I was anxious all the time. It was something that was always there, not just something that would peak and then go away. It was a constant buzzing in the background never letting me settle or really think, a constantly exhausting presence that would only crescendo when I tried to do any kind of normal activity and quickly became completely overwhelmed by it.

And it was exhausting. Debilitating so, thus my diagnosis of chronic fatigue. An unwanted side effect uncovered during my process of recovery; as I rediscovered the ability to actually do things again I found my mind and body would basically protest. The way I’d conditioned myself and created my identity specifically around not doing those things, it would push back as if taking offence that I’d go against the rules we’d laid out for ourself. Why are you doing this now? We can’t do that. Stay in bed for a week. My legs would get heavy, my thoughts foggy, I couldn’t form coherent sentences or put things together, and simple tasks became insurmountable.

It was at this point I realised how important knowing yourself is, and why I think it’s one of the hardest things you can actually do. Knowing when not to do things was just as important as being able to do them, even if it felt counter intuitive. But I’d spent years convincing myself I was a different person, convincing myself of all the lies my problems told me, accepting all the negativity as an integral part of myself and that this was the only way I was able to be at all. I had completely forgotten who I was. And as I took tentative steps towards doing more, things would come back to me. I used to like doing this, didn’t I? I wanted to be part of things, I enjoyed drawing again. I liked getting the bus, even. All of these parts of me had been locked away because they didn’t fit the narrative of my problems, they didn’t fit within that framework so they were quietly filed away. I’d constructed an entire identity around everything I told myself I couldn’t do. I’d been working on it for years without realising, and when you start to pushback the other way you’re going to get resistance.

Recovery is something we tend to think of as final, but I prefer to think of it more as a lifelong process. If I start thinking “I’m better” I tend to stop doing things and it’s easy to slip back into bad habits. I don’t ever want to get to that state I was once in, but I understand I’ll always be anxious, always be depressed, and always struggle. But these things don’t need to define who I am, and I’ve learnt a lot about how I can manage these things and what I can do to help myself. It’s not always easy, but it doesn’t necessarily have to be hard either. I don’t always manage as well as I’d like, and that’s fine too. It’s one of those things where even doing a little can go a long way, and maybe further than you might expect.

It’s not as easy for me to put this into words as it was to make my book All the Places in Between, which draws upon all these experiences, and is told entirely through pictures. In leaving that space open my hope was that others could explore their own feelings in relation to themselves, rather than just telling one story of one experience. Instead it’s something I hope can be universal, and which could be helpful for someone to sit with and give them the time and space to see where they’re at. It only seems right this comic would take the form of a journey, because that journey is ongoing.

My therapist told me I didn’t know who I was something like 15 years ago, and while I’ve long since stopped seeing them, I’m still working on it. And I’ll always be working on it.

But I’ll still take that aisle seat, thanks.

Therapy helped me realise and accept my anger

Why therapy is more than just a 'safe space'

The differences between face-to-face and online therapy