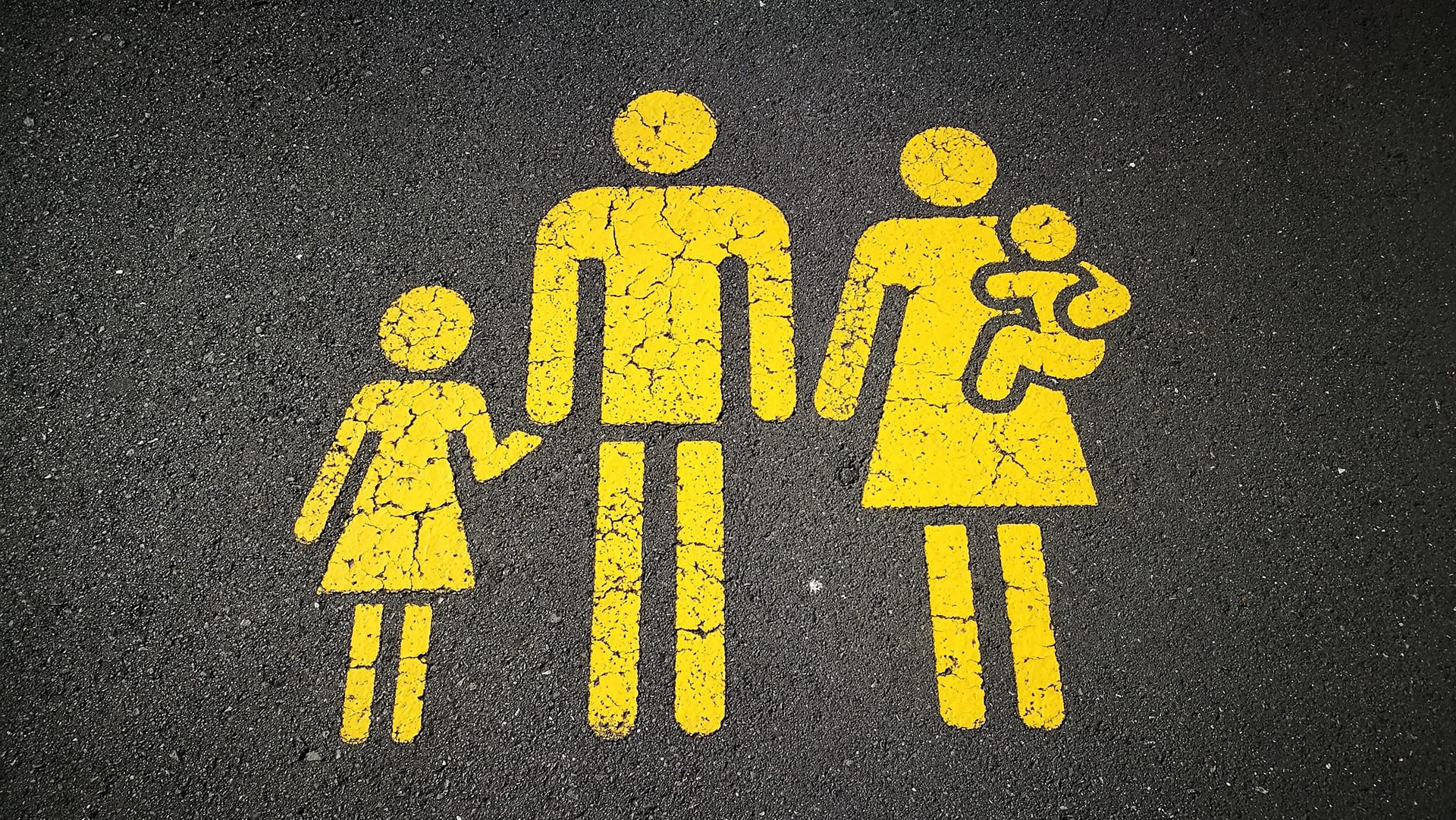 This article is about the challenges and possibilities for mothers living with partners who are not their children’s parent. These include stepmothers and women who would not call themselves a stepmother but whose partner has children that are not their own.

Living in a stepfamily can be difficult for everyone involved; for many years I have been thinking about what makes this the case, and what helps people living in these situations. Starting with my own stepfamily: I separated from my husband with whom I had two children, and met a man who had a son who became my partner. Therefore I was a mother and stepmother. After I completed my therapy training I was a counsellor on a stepfamily counselling helpline and in 2009 completed a doctoral research project, focusing on mothers in stepfamilies.

The women I interviewed for this all had their own children as well as being stepparents. I have worked therapeutically with many couples and have co-founded an organisation StepIn ASAP which is a group of therapists who work with people challenged by their stepfamily and who have themselves lived in similar situations. From these experiences I conclude that many of the problems people find in stepfamilies is because of the mix of relationships, histories and blood connections that they involve.

It feels different to be a stepparent than it does being a biological mother or father. Stepparents can feel that they are asked to slot into a situation that has no place for them as they have no past history with their stepchildren and ‘inherited’ with a new partner. The 2011 census identified '544,000 stepfamilies with children in the England and Wales [1]. that is 11% of families with dependent children’.

Stepfamilies in the past – the Wicked Stepmother

Stepmothers have a bad name worldwide, with many countries having myths and legends about envious, murderous, wicked stepmothers; women who, after a mother dies, marries the father and wishes their stepchildren ill – particularly stepdaughters. Cinderella and Snow White are perhaps the most famous in this country. In these cases, the dead mother is an angel who loved and cherished her children, while the stepmother is devilish. We can safely say that these stories suggest that it is hard to be a stepmother and that the relationship between stepchildren and stepmothers can be particularly challenging. It is hard to compete with a ghost. The death of a mother was the most likely reason a stepfamily was formed in the past.

The people in a stepfamily most likely to come to me for guidance and therapeutic support are stepmothers. They often feel that they have no place in the family, that their partners will rush to make arrangements with their exes around childcare without consulting them, and that these often affect them. Additionally their stepchildren are almost like siblings to them, as they want attention from the same person, and often get it ahead of the stepparent. It is apparent that these situations can bring about some very difficult feelings. While most describe liking their children, they also long for alone time with their partners. This might be very different from how their partners feel, and conversations between the parent and stepparent can be difficult as both have things to say that the other finds hard to hear.

In January 2019 Rio Ferdinand, together with his partner Kate, allowed a programme to be made about their own situation [2]. His family, like those most common in the past, became a stepfamily when his wife, mother of their three children, died of cancer, and two years on he met Kate. The programme documents their journey towards becoming an integrated family and follows the process of relationship building between Kate and Rio’s children. It shows in detail the difficult situations that arose for them all and the support that she, Rio and the children found through grief counselling and group therapy, where they met others in similar situations. This is a rarely brave and open programme that does not glamorise or gloss over the emotional difficulties that the family’s situation raised. The challenges include for Kate, living in the house Rio had shared with his wife and her need to make the house her home, while respecting and acknowledging the children’s need to remember their mother.

This programme is interesting because, without glossing over problems it shows a family coming together. The relationships are honest, and many recognisable issues are discussed and faced. Most importantly it shows that finding a way to talk together and respect each other’s feelings helps all family members to adjust to their situation. Sometimes people need expert help for this, because when people are vulnerable, with emotions such as grief, anxiety and protectiveness are present it can be difficult to listen to each other.

These days, it is more usual for a stepfamily to be formed when a family separates. When two people want to get together and one of them has children with another person, then that other parent and the children become part of the package. In other words, the whole family, including the ex-partner (or partners) are involved. For a stepmother, this means that her partners children have a mother, they are most likely not to want another one.

Stepmothers are the stepfamily members most likely to turn up in my therapy room or to ask their partners to come to counselling. They do so because they are finding their position in the family difficult and that they are painfully outside of the relationship between their partner and his children. The story they tell me are versions of the same thing. The following are typical complaints:

All of this is compounded by it being very difficult to discuss with their partner. This is something that I can help with, as when people listen to each other, they often begin to find their own solutions.  It is also useful to offer resources such as books, and to give information about what to expect.

When the subject of stepfamilies is raised, many people automatically think of stepmothers, and are less likely to consider that for every stepchild there is a mother. In the modern stepfamily, where both parents are alive but living in different places, the biological parent is outside of the stepfamily group sharing his or her children.

With notable exceptions, when couples separate children are most likely to live with their mothers. If the father has started a new relationship, and wishes to stay involved as a parent, the children move between two households, and the mother has to share her children with a strange woman – the stepmother. She has to live with the fact that her ex-partner is now with someone else and the feelings that arise for her can be painful and difficult.

If she starts a new relationship herself and hopes to start a stepfamily then she has to allow someone who is not her children’s parent into their lives. While there is usually a lot of optimism about this, things don’t necessarily work as smoothly as she would like and often there is conflict between her new partner and children.

Typically the difficulty for both mothers and fathers is that they feel in the middle of everyone; pulled between their own needs for a relationship, their wish to be a good parent for their children, their guilt and grief for their children’s unhappiness and their new partners’ needs for special time with them, which can be in competition with their children’s needs.

There are not easy solutions to these problems.  It is important for therapists to be aware that it takes time for a stepfamily to consolidate – the National Stepfamily Association used to say 2 – 7 years - and often there are difficulties along the way.  Time is needed for many processes; for stepfamily members to get to know each other, to accept that their family is different than the family they imagined they might have, to grieve this and to find ways of living with the family that they now are.  With time stepchildren and step parents can get used to each other, and find that they become more accepting of others presence.

People living in stepfamily situations need to understand that they have a different type of family than one where everyone is related. It literally has a different shape, and while they remain attached to their idea of a family, they will find it hard to manage the family they have. Stepfamilies are different; they are in some way more like a tribe, a collection of people who are connected through the children, connected rather than related.

Therapists can help stepfamily members by being informed about the nature of these situations so that they can tell people what to expect. It is useful for the therapist to understand that often the most painful and unreasonable emotions can be evoked. With this recognition, therapists can usefully support people to know that they are not bad or wrong for feeling e.g. competitive, lonely, pushed out, it is quite normal in a stepfamily and it makes sense when the dynamics are understood. Usually couples are working hard, and appear at the therapist’s door, when they have run out of options. For the therapist to recognise their efforts is essential. The skills that couples therapists have can support parents and stepparents to talk to each other and to think together about creative ways through complicated situations.

There are some useful books and resources available online. Including Patricia Papernow's Thriving and Surviving in a Stepfamily, StepIn ASAP, and StepLife Podcast – to be issued soon.

This is what happens when you visit a family therapist