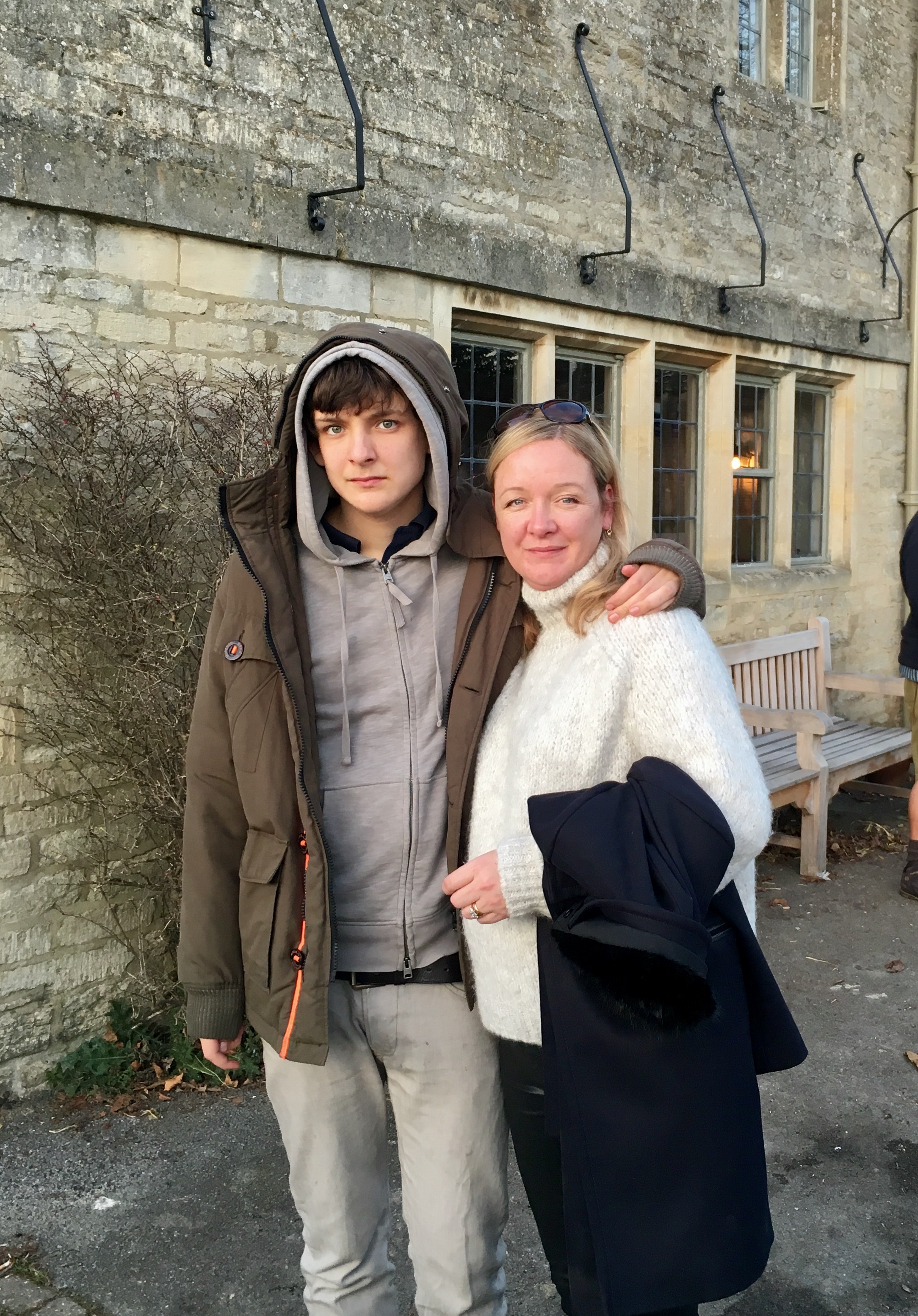 Living With My Autistic Teenage Son

So, what's it like being the mother of an autistic child as he grows older? A straightforward question to pose to the all-singing, all-dancing mother of an autistic teen with associated learning difficulties you'd think – and yet here I am choking on the simplicity of it. How to share our intimate story without grim reflection or, shudder, feeling uncomfortably exposed?  And above all, how not to paint a picture of a right pair of saddos? Well let’s give it a go...

My sweet, handsome, profoundly autistic son Carter is 17. He may be with us in body (all 192cm of it) but I can assure you his mind most definitely resides in a parallel universe. On the plus side, every fibre of his being radiates happiness and joy albeit with a side order of Looney Tunes and the wholly less humorous complication of epilepsy - which to my horror, manifested itself without warning two years ago. Yeah, I'm still grappling with the unfairness of that one.

Carter is mostly non-verbal (incidentally proving that blowing out candles on cakes does not wishes come true make). That said there are motivating words that he will spit out if he's desperate for a bit of action. His favourite begins with the letter C – the consonant his tongue finds easiest to accommodate – and our most giggly and surreal, verbal exchanges go back to his early obsession with cake. He also likes an I. No surprise there perhaps given he's wholly self-centered by definition (autism derives from the Greek 'autos' meaning 'self'). Certainly his keenness for expressing 'I want' and 'iPad' knows no bounds. And with the recent addition of 'charge' we have at last mastered a complete sentence.

There are however a lifetime of words that elude him. He compensates with a charm offensive bordering on puppy love - and don't ask me how, but I understand his needs most of the time. When I can't and he's anxious to share an unshakeable compulsion he'll fix me with a rare, intimate gaze while softly delivering his killer punch: 'Poo poo'. He's wise enough to save it for special occasions, mind (even he grasps the concept of the kid who cried wolf too often) and he's fully aware I know his urgency has nothing to do with needing a Number Two. Right. This. Second. If nothing else these mischievous exchanges prove two things: he has a wry sense of humour and the memory of an elephant. As it turns out nothing shifts this mother off the sofa quicker than the notion of shit being smeared on the bathroom wall. He learned that lesson over Easter 04.

Being mum to Carter is a bittersweet passion. Would I have it any other way? Oh come now, of course I would. It's bloody hard work (and that's on top of the bloody hard work of, you know, work work). Am I bitter about that? Not at all. I guess I believe that bitterness leads to self pity which in turn leads to depression and before long who knows I could be contemplating the pros and cons of running away with the circus. My solution? I try not to sweat the small stuff and I encourage myself to stay positive. No doubt there's some payback to the latter method but what's life without irony, hey?

Challenging as life can be (like when nana died), the bigger truth is that Carter didn't screw anything up for me. He's merely altered my perceptions about what it is to be a good mum and he forces me to live in the moment. Both pretty cool gifts. As we both move up the line, that moment increasingly feels like Groundhog Day but on the flip side, I'm peculiarly equipped to edit Gurgle – a parenting magazine - and as a creative outlet that's a personal bonus. Birth trauma, sleep deprivation, fussy eating, coping with tantrums, worried about milestones, wanting some me-time? I'm still that mama and I've got her back.

Luckily the person who stops me falling down black holes is Carter himself. Take last Thursday (bit of a monster). That evening I jokingly asked him to fix me a gin and before I could say cocktail cherry the cute bugger was back beside me all smiles, clutching a bottle of Bloom. Embarrassing? Well yes, particularly if social services get wind of it, but let's not overlook the main point here: how magnificently attuned has he become to one of mummy's (occasional!) special needs?

For all my laid back ideals, I am the ultimate helicopter mum. I'm aware Carter lives in a bubble and because we love each other I end up spending a lot of time in there with him. For good or bad, I've created a cotton wool world for us and it's filled with all that we hold dear (in his case that'll be Shaun the Sheep, Mr Tumble, Minion Rush and The Arctic Monkeys in case you’re wondering). On the other hand, I rarely hang with friends - it's complicated. And Carter, well Carter has no friends at all. Others? Not really on his radar.

Because he's an only child he doesn't have to compete for my attention (although he gives daddy a good run for his money) and nowadays his meltdowns are reserved mostly for queues and people who hover - we politely avoid both. Since the age of four his days have revolved around the special needs school he adores (local, state-funded, autistic-centric and outstanding). Easy to get him in? Of course it wasn't. Despite his complex needs we, like so many parents of autistic children, had to instruct a solicitor before the council finally conked out on the home straight. The experience was... quite the eye opener. Certainly as he approaches the life-changing transition to adult services I'm hoping we can avoid another marathon. Although if Facebook banter is to be believed our London Borough is so crippled by austerity it can barely spare an arm to answer the phone, so who knows. It's easy to slam council employees but let's face it, they're just doing their jobs, the big buck stops at Number 10. Thankfully, going forward we have the Care Act to guide me, and protect him. Ooh, now there's a thrilling bedtime read.

How others perceive Carter is a bit of a mystery. Kindness and compassion abound from family, teachers, work colleagues, neighbours and local shopkeepers but when he lets out one of his high-pitched squeals on the high street, the frail tend to dive for cover. I try to take the heat out of the situation and stop any embarrassment in it's tracks with a casual 'Oh do be quiet sweetheart.' If nothing else, I'm making the effort to acknowledge he's inadvertently made somebody jump for dear life. If they roll their eyes, I sympathise by doing the same. If he wants to get down and examine their shoes it gets trickier.

I've always got my ear out for new developments so, naturally, I was first in line when the National Autistic Society rolled into town last summer announcing plans for a new state-of-the-art autism school. I went along for a tea and biscuit workshop but as it turned out they were more interested in, wait for it... 'academic achievement'. Gosh, it's a bleak day when the country's flagship autism charity is only interested in creaming off the local high-flyers. Wow, an autism selection process actually exists, who knew?

I'd like to think that anybody who knows us well would say I'm a wonderful mother and he's a charming young man with potential (both high-maintenance projects). But I'm acutely aware there are huge hoops ahead of us – not least a funding minefield. I could bang on about that but hey we haven't got all day. Right now, he's happy and I'm hopeful... nothing sad to see here.