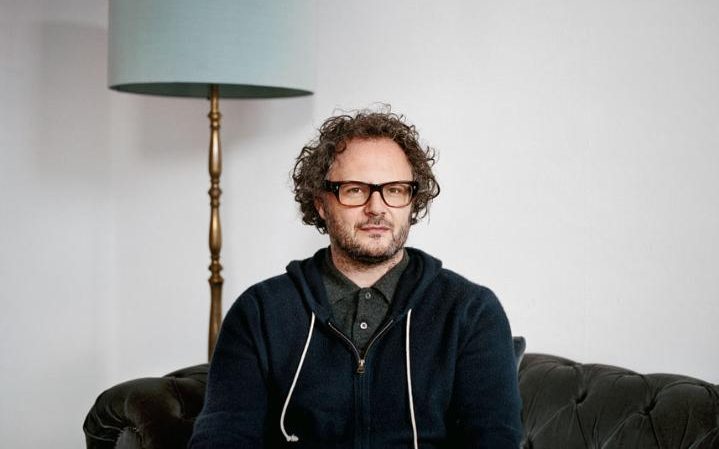 The first time I went to a therapist, late on a dark Monday night in autumn 1997, was traumatic for more reasons than one.

I was gripped by an almost childlike fear that I might not actually get to see the guy. I was also gripping a drainpipe, 10 feet up the side of a healthcare centre in Southwark.The lights were on, but no one was home (the healthcare centre, not me). The doors were locked. I was desperate to walk through a door towards a different way of life, one that was less dependent on drugs and drink. The problem was that it didn’t seem to be open.

My exterior life was perceivably great. International travel. Daily lunch at The Ivy and Le Caprice. Chablis on tap. Marriage. A great job. Infamy. Awards. Cash in the bank. A few cars. Inside, it was like a Bruegel with a soundtrack of Einstürzende Neubauten. Who? Oh, they made music with drills, fire and chainsaws. The drug addiction didn’t help.

I nervously sat down for my first session and set off on a journey that, not to put too fine a point on it, saved my life.

Up the drainpipe, looking through mesh bars into an empty room, I was sweating, nervous, confused. I couldn’t work out why I was at the right place at the right time, yet no one was here.

I jumped down, opened the scrunched-up piece of paper in my pocket, crossed the road, re-read the road sign and walked in the other direction down the correct road and into a hospital. I leapt out of the lift, hot and alarmed, and a man with a file under his arm and a Steve Wright in the Afternoon moustache said, ‘Oh, you must be James. I didn’t think you were coming.’

I nervously sat down for the remaining 35 minutes of my first session and set off on a journey that, not to put too fine a point on it, saved my life. Through excess and misadventure, the way I was living would have sure enough ended it sooner or later. And it was therapy that ensured that didn’t happen.

There were no lectures, no Woody Allen-esque black leather couches, but over six months he gradually guided our discussion to the point at which I realised life might be better if I was putting fresh air not cocaine up my nose, and water not wine down my neck.

On one occasion he pointed to the chair across the room and said: ‘Imagine there’s a drink on the chair. Now put five things between it and yourself that you’d really like to do instead of drinking it’. One of them was play football again; another was to be able to tell the truth; another was to have a child. Years on, I remind myself of those five things when drink seems like an attractive option.

I would come out of the Monday night sessions with Clive feeling like a concrete overcoat was being removed. Those early sessions were unbelievably intense. Sometimes my wife would come with me and we would cry in the car afterwards at the rawness of it all, as the knot of fear inside me unravelled.

It was probably down to Clive’s skill as a therapist that I can remember what happened but not how it happened. There were no hard or fast rules about what would occur during our sessions, no accusations, no labelling. I had been doing well until the staff Christmas party. At the end of January, I ended up having a drunken fight with a street dealer. That was Sunday, February 1, 1998.

I was terrified of myself.

The next day I recounted all of this to Clive. He told me that I sounded scared of myself, and I knew that was it. That single line felt like a breakthrough. I was terrified of myself. Every day, come 4pm, I’d start drinking and wouldn’t know where I would be ten hours later. But I knew what sort of state I’d be in.

That was my moment of clarity. Clive then drew a clock in the air and explained that the six, at the base of the clock, half past the hour, represented bottoming out. ‘You die, are hospitalised, go to jail, get raped, lose your friends, family, health, dignity, something like that. If you’re lucky, you come out of that and start a new way of life’. Where was I? ‘You’re coming up to 25 past and accelerating fast,’ he told me. ‘You do still have a job and a family though’.

That moment was the point at which I knew everything we had talked about, the way I was living my life and the fear I felt inside, had to cease being part of the present and become part of my past.

I haven’t had a drink or a drug since that weekend, almost 18 years ago. It wasn’t the last of the therapy, though, by any means. Clive went from being someone I tangled with twice a week to someone who recognised what I was encountering and feeling. He was an expert in addiction therapy, and our weekly sessions over the following year allowed me to build a platform from which to move forward. I would go to see him without fail.

After a year with no relapse Clive said, ‘You’re not an active addict any more. Go and see someone who can get to the heart of your childhood and where this all comes from.’ And that was that.

I recently asked two mates if they had ever tried therapy. One looked at me like I had suggested he learn Swahili.

A friend recommended a lady in Hampstead named Jill and we did some good sessions looking at what was deep and dark inside me. Mild hypnosis, paintings and lots of talk followed. If you’ve never done anything like this, it sounds mad, but it worked. I identified and explored issues that were crippling me emotionally – my mum’s suicide isn’t the sort of thing another glass of wine was ever going to wash away.

I recently asked two mates if they had ever tried therapy. One looked at me like I had suggested he learn Swahili. The other privately replied, ‘I’ve been going every week for 11 years. The only way I’d know if it works is if there had been another me going through life without it, but yes, it helps.’ People wouldn’t think twice about going to a physiotherapist or a dentist, so it’s strange that so many of us don’t treat our minds or our relationships the same way.

A lot of men, especially, are suspicious of therapy, but that’s because they don’t understand what it really is. If you want to know what it is, read JL Carr’s brilliant novella A Month in the Country. In it, two years after the end of the First World War, a young traumatised British veteran goes to work in a small Yorkshire village. Over the course of the summer he gradually reaches a state of true calm, and he leaves at the end of autumn a relaxed, changed man. That’s all you’re looking for, really, emotional calm. And if you don’t want to go and live in a Yorkshire village, seeing a therapist might help.

Should you have therapy?

How hypnotherapy can help self-esteem issues