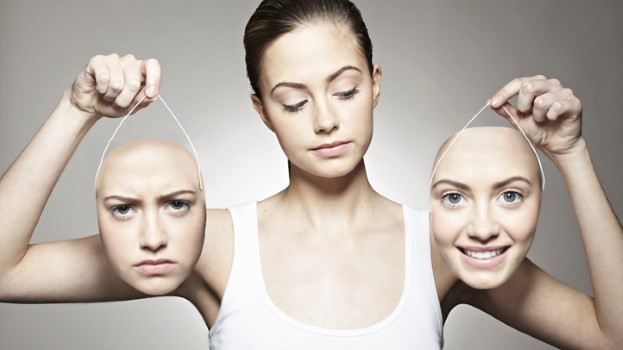 In order to learn to understand and improve your moods, it is helpful to identify the moods you are experiencing. Moods can be difficult to name. You may feel tired all the time and not recognize that you are depressed. Or you may feel nervous and out of control and not recognize that you are anxious. Along with depression and anxiety, anger, shame, and guilt are very common moods that can be troubling.

The list below shows a variety of moods you may experience. This is not a comprehensive list. This list helps you name your moods more specifically than simply “bad” or “good”. Notice that moods are usually described by one word. When you identify specific moods, you can set goals to improve your moods and track your progress. Learning to distinguish among moods can help you choose actions designed to improve particular moods. For example, certain breathing techniques help nervousness but not depression.

If you have trouble identifying your moods, pay attention to your body. Tight shoulders can be a sign that you are afraid or irritated; heaviness throughout your body may mean that you feel depressed or disappointed. Identifying your physical reactions can provide clues to what moods you are feeling.

A second way of getting better at identifying your moods is to pay close attention. See if you can notice three different moods during a day. Or you can choose some of the moods from the list above and write down situations from your past in which you felt each one. Another strategy is to identify a recent situation in which you had a strong emotional reaction and note which of the moods in the list above you felt.

When Vic first began therapy, he thought he was feeling anxious and depressed. As he learned to identify moods, he discovered that he was also frequently angry. This was helpful information for Vic, because he was able to learn what was making him angry and set therapy goals to address those issues. Although he had been mostly sober for three years, he reported that he felt the urge to drink whenever he feared he was about to get “out of control”. When he and his therapist looked closely at situations when Vic felt “out of control”, it became apparent that at these times he was feeling very nervous or angry. When nervous or angry, Vic experienced a rapid heartbeat, sweaty hands, and a sense that something terrible was going to happen. He labeled these sensations as being “out of control”, and he would then have the urge to drink because he thought alcohol would help him regain control.

Vic tended not to be very specific about his mood, often saying that he was “uncomfortable” or “numb”. When Vic learned that his primary emotional difficulties were with anger and anxiety, he began to focus his attention on the situations in which he felt angry or anxious. He learned to distinguish his irritable anger from the fearful worry of his anxiety. He began to identify these moods, instead of lumping them together as “numbness”.

It is easy to confuse moods with thoughts. At the beginning of therapy, when Ben’s therapist asked him what he was feeling (mood), he would reply, “I feel like I want to be alone”. As Ben began to closely analyze the situations in which he wanted to be alone, he discovered that he would often be thinking that others (family members or friends) did not need him or want to be with him. He also realized that he was predicting (thinking) that if he got together with other people, he would not have a good time. As he was thinking, “They don’t want to be with me”, and “If I go there, I’m not going to enjoy myself”, he recognized that his mood was sad. The thought “I feel like I want to be alone” was connected to Ben’s sad mood. Part of developing the ability to identify your moods is learning to distinguish your moods from your thoughts.

3. When did it happen? (situation)

As a general rule, moods can be identified in one word. If you are feeling multiple moods in a situation, you will use one word to describe each mood. For example, you might be “sad, scared, and embarrassed” in one situation. Each of these three moods is described in a single word. If it takes you more than one word to describe a single mood, you may be describing a thought. Thoughts are the words or images, including memories, that go through your mind.

It is helpful to learn to tell the differences among thoughts, moods, behaviors, physical reactions, and situational factors. By doing this, you can begin to figure out which parts of your experience can be changed to help make your life better.

Extract from Mind Over Mood: Change How You Feel by Changing the Way You Think (second edition) by Dennis Greenberger, PhD and Christine A. Padesky, PhD, published by Guilford Press