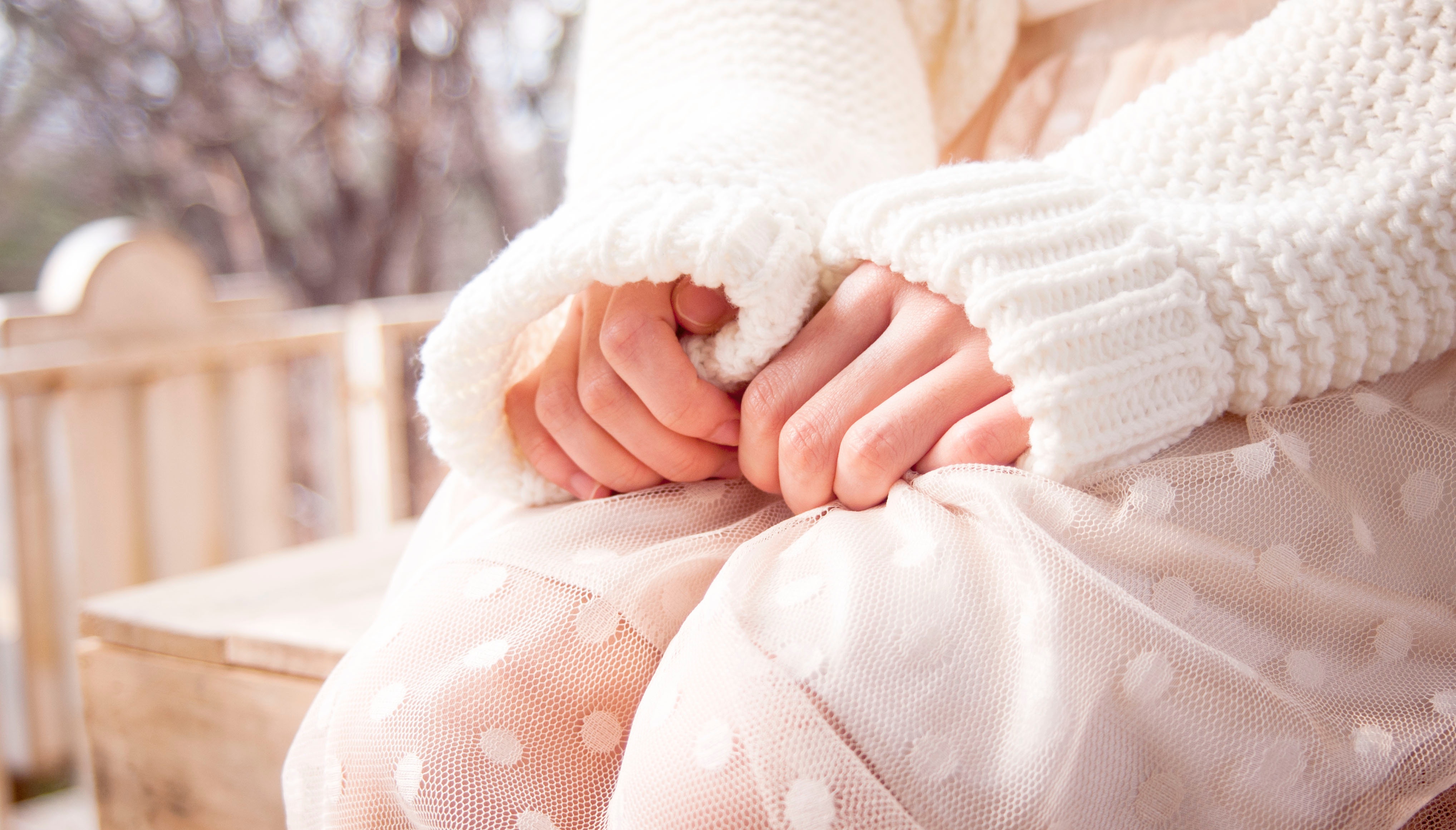 How Panic Disorder Shaped My Life

I found out, several years after the fact, that a number of my friends at university thought that I had an eating disorder. Looking back, I can see why – the weight loss, the fact that I ate little at mealtimes, and when I did eat, would often interrupt meals by frequent trips to the bathroom. I’m not sure what came as the bigger surprise to them – to find out that I didn’t have an eating disorder, or to find out that I’d had panic disorder instead, and that that was the cause of the ‘symptoms’ they had observed.

Though my first panic attack happened when I was eleven, and I had sporadic attacks in the following years, panic disorder (though I didn’t know that’s what it was, at the time) became a significant and daily presence in my life when I left home to go to University. Panic disorder is an anxiety disorder in which an individual has sudden attacks of panic or fear that occur regularly and at any time, often with no particular cause. The fact that there was often no identifiable cause, meant that I was regularly on edge and fearful, expecting another attack at any time. Anything or nothing could start them – I remember once almost fainting on a bus on the way to a medical appointment. I wasn’t consciously anxious about the appointment, and the attack took me completely by surprise – one moment I was standing and the next I was sitting in a window seat, with an odd sense of having temporarily blacked out.

When a panic attack occurs, the body experiences a rush of intense physical and mental symptoms, which can include, amongst others, a racing heartbeat, feeling faint, chest pain, and feelings of fear and dread. My attacks ranged from moderate to severe, but their most pervasive symptom was a tightness in the chest, and feeling as though I couldn’t breathe properly. In extreme cases, the tightness felt like choking; in less severe cases it was a hyper-awareness of my breathing, a sense of having to make an effort to take a breath, and fear that I would soon be unable to take a breath at all. At one point, though other symptoms of a full-blown attack might have been missing, I found myself in that hyper-aware state for four days without a break, conscious of every breath, and fearing that every breath might be my last. The intense mental pressure and sheer duration of the experience made it one of the worst panic attacks of my life.

Though I lived in fear of an attack occurring at any time, in other ways the disorder was very predictable – it always made itself felt at mealtimes. I would have loved to be able to enjoy eating in the way that my friends clearly did – but at every mealtime I would feel unable to breathe properly, which made eating very difficult. My trips to the bathroom were attempts to cope and prevent attacks getting worse; I used to lock myself in the toilet and try to calm the attack by doing breathing exercises. I used to breathe in slowly through my nose for a count of three, and then breathe out slowly through my mouth, for a count of five. The counting was crucial – it helped to regulate my breathing and it gave me something to focus on, apart from the fear. Another strategy I used regularly, was to try and take a deep breath – the ability to breathe deeply, and to feel my chest expand, provided reassurance that I wasn’t in fact choking and that my airway was not really constricted.

Panic attacks were also predictable in that they regularly occurred in the middle of the night. At these times, as well as the usual feeling of choking and being unable to breathe, I experienced palpitations and nausea. I also experienced episodes of hot flushes which would leave me drenched in sweat, alternating with chills and whole-body shaking. During those attacks, I lived moment by moment, breath by breath, holding on until it passed and trying desperately to withstand the urge to go and wake up a friend, and tell them what was going on. In my mind, if I’d done that, the game would have been up, and they would finally know – something that felt untenable, as the only reaction to mental ill-health that I had come across, was my mother’s reaction of ‘dismiss and deny’. In many ways, I wish I hadn’t been able to hold on, and that everything had come out into the open, at least amongst my friends. It might have saved me many years of distress, if greater openness had encouraged me to seek help.

How panic disorder affected my life

Instead, panic disorder dictated all the movements of my life, for more than six years. When choosing accommodation at university, I tried to always ensure I was next to a close friend who I would feel able to call upon in the middle of the night if I was unable to cope with an attack. The disorder determined where I positioned myself in crowds (somewhere with an easy escape route) and where I sat in restaurants (near the bathrooms). It determined where I went and who with, as I was afraid of going anywhere alone in case I had what I still feared might be a ‘life-threatening’ attack, and there was no one around to help. When I did go out to eat, the disorder determined what I ate – I used to choose items that were quick and easy to consume, such as soup or salad, as they tended not to exacerbate the sense that it was difficult to breathe, and they left plenty of opportunity for surreptitiously trying to take long, deep breaths to calm myself down.

One of the biggest changes for me, after the panic attacks stopped – which they did after I met my husband -  was being able to eat normally again. I could eat anything I wanted, without worrying about whether I would be able to force any of it down against the feelings of choking. I stopped looking for where the toilets were, the moment I entered a restaurant. And I went from being underweight, to being a healthy weight again. I was immensely thankful that the attacks had vanished, but I didn’t how or why panic disorder had ‘arrived’ in the first place, and then seemed to leave, just as mysteriously. After years of therapy, I now understand how the fears and attitudes of my parents, who could not adjust to the idea of me growing up and becoming independent, left me ill-prepared for facing the world as an adult. I also understand that when I met my husband I sub-consciously recognised what felt like the ‘safety’ of a ‘home-like’ environment, but which in fact was in some ways a welcome surrender of my adulthood to a situation in which I could function as the ‘weaker’ party again.

Before I gained that understanding, however, I lived with an underlying dread of the attacks returning. And so when, a few years after they stopped, I started to feel that familiar tightness in my chest again, alongside a heightened awareness of my breathing, I went straight to my GP, determined to try and avoid at all costs the debilitating distress of those earlier years.

My GP referred me to a CBT therapist, an experience I wrote about in a post ‘How CBT helped me overcome anxiety at work’. Primarily, we talked about the events in my life which were leading to heightened anxiety symptoms, namely, the start of a new job and my fear of making mistakes. The therapist helped me to challenge my thought patterns in a number of helpful ways, which reduced my stress at work.

With regard to the mild panic attacks themselves, she suggested that I resist my usual strategy of trying to take a deep breath in order to reassure myself that I was not choking. The rationale behind this – which intellectually, I agreed with - was that if I sat through the attack without taking a deep breath I would learn that my fear (namely, that I would die) was unfounded, however real the possibility felt. Intellectually, I knew that I was dependent on my strategy, and though it was reassuring if it worked, it exacerbated the panic if it didn’t. My strategy did nothing to rob the attack of the fear it instilled and the power it had over me; and I could see that by far the best solution would be to believe, through experience, that these attacks were not the harbingers of death. However, despite understanding her rationale and having every sympathy with it, I never managed to do what my therapist asked. The fear of dying, and therefore the need for reassurance, were too strong – I always tried to take that deep breath.

I still do, on occasion, when I need to. But when I feel that tightness in my chest and I worry about not being able to breath (which is relatively rare, these days), I go straight to my breathing exercises, which were then, and still are, my most reliable and helpful tools for fending off a panic attack, or controlling a mild one. Even after a relatively short spell of counting while breathing in and out slowly, my heartbeat slows, and the panic subsides. And perhaps it’s also the case that these days, because I have a name for what I experience, and I understand it better, I have more confidence that the breathing exercises will work, and that the attack will pass. Believing that it’s not life-threatening means that it’s less likely the attack will escalate to a point at which it feels frighteningly (but still misleadingly) dangerous.

To anyone who recognises what I have described, I would say, please don’t suffer in silence. It’s easy to get lost in the daily battle of trying to manage or avoid panic and to not even see how much it distorts and destroys the experience of living, and twists everything else out of shape, around it. Confide in friends that you trust, and discuss your difficulties with your GP. Everyone’s experience, and the roots of that experience, will be different, and so potential sources of help will also vary, and may involve self-help strategies, CBT, medication, or more open-ended psychotherapy. The key is to seek help at an early stage, and to try and avoid letting living with panic disorder, become a way of life.

Find a therapist for panic disorder

Anxiety: when does normal emotion become a problem?

How can hypnotherapy help with anxiety?

Learning your triggers to overcome anxiety

Do I need counselling?