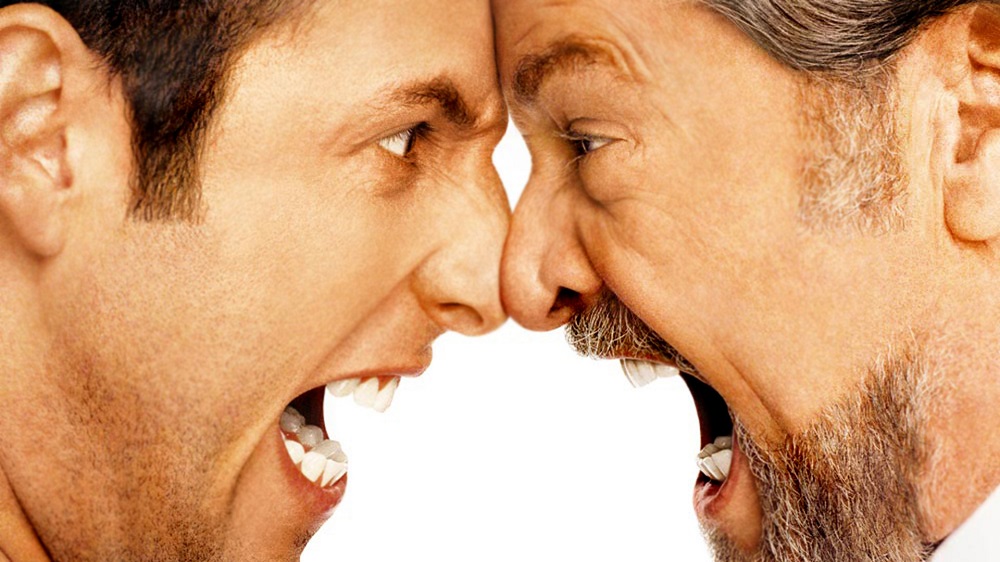 How To Communicate When You're Angry

Following the insightful article on Jeremy Clarkson's Jeremy Clarkson's hanger (hunger and anger), I think that it is now fitting to explore more effective ways of expressing ourselves when we are angry, or hangry.

Anger is a universal emotion and is perhaps the most human of all emotions. A certain degree of anger is perfectly normal and healthy. Anger can fuel our perseverance and drive, but it can also throw us into the valleys of mindless fury. It can cause us trouble if it is too extreme, occurs at inappropriate times, or lasts too long.  If it gets out of control, you can harm not only yourself but also those you come in contact with.

Contrary to common knowledge, anger is multi-faceted; people express it in a number of ways rather than pinning it down to either passive anger or aggressive anger. One popular view is that anger involves at least six dimensions: direction, locus, reaction, modality, impulsivity and objective.

We become angry when we realise that we (or someone we care about) have been offended, insulted or hurt. For adolescents, they become angry as a form of response to the stresses caused by their responsibilities both at home and school.

The real world has rich examples of what expressed anger can do. But the dangerous effects of suppressed anger has also been widely studied in the past. To start with, a range of other hostile emotions could come out as a result of internalised anger. These can include, feelings of inadequacy and failure, anxiety and depression. When people are not able to vent out their anger, it is likely to make them feel self-blame which could lead to self-harm.

Dealing with anger through empowered communication

Since anger is a perfectly human emotion, it is important that we recognise when we feel it. Rather than suppressing it, we should understand it and act on it in a more positive and respectful way.

Here are some tips that you may find helpful on how to deal anger through empowered communication:

1. Change the way you think

This is one good way to counter the potential effects of your anger. When you're angry, things might touch a raw nerve. So you might become over-reactive and say things such as , 'Everything's ruined!' But by changing the way you think, you replace those kinds of thoughts with more reasonable ones. You might tell yourself instead, 'This is massively annoying, but it's not the end of the world'.

Having worked in the customer service industry in the past, I have had my daily dose of conversations that could leave me feeling angry but what I found to be most effective in controlling the situation is to prepare mental notes before hand, that is planning what I need to say in a calm and assertive fashion. You are less likely to get side-tracked with anger during a difficult conversation if you have thought of what to say and how to say it.

Expressing yourself is an important aspect of dealing with anger. But before expressing yourself, be patient until you have had time to cool off from your anger and then express yourself in a more composed way. People do not need to be aggressive to be assertive.

This will allow you to understand the message the other party is trying to convey, including unspoken messages. With active listening, you will avoid jumping to conclusions, thus you will be able to better manage your anger. Active listening is a key element of empowered communication.

When Lao Tzu said that 'the best fighter is never angry', he may well have been right, since holding grudges against another person makes it even more difficult to control your anger. We need to accept the fact everyone is just different: behaviours, beliefs and feelings of other people are ultimately beyond our control.

Looking at the funny side of things is way better than punching someone in the face because you're angry. The simple act of laughing can help you when you catch yourself being unreasonable. It's best however not to just 'laugh off' your anger. But instead, use humour to help yourself deal with your anger more positively. And try not to employ inappropriate sarcasm, because it could just make things even worse.

A 1948 study showed that students who jot down their negative emotions in their anger diary actually ended up improving their emotional understanding, which in turn lead to less feelings of anger. Whether or not there is sufficient evidence on this, I personally find it useful to use an anger diary to take time to cool down instead of lashing out and being aggressive.

In this age of mounting stress and pressure, an empowerment-oriented approach to anger is of importance.  Empowered communication during anger allows us to accept what we can’t change and helps us to channel our energies to feel positive and remain calm.

So the next time you find yourself on the verge of lashing out, try out these simple tips.

What is your anger telling you about yourself?

How to manage anger in relationships

Can you become addicted to anger?