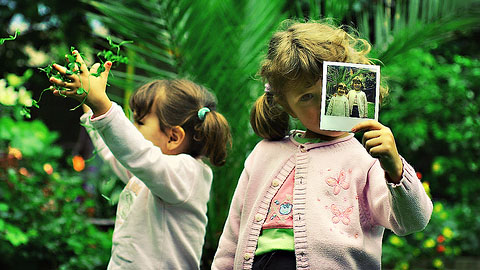 How Our Early Childhood Memories Affect Our Present

“What is your earliest childhood memory?” Whether you have ever been in therapy/counselling, or not, you may have come across that question. Some people have a real dislike for it. “Don’t tell me, all my problems are down to my childhood … I don’t want to talk about the past.”

I can see the point. Our lives are too complex, our difficulties sometimes too profound to be boiled down to a memory. Yet, the question is not meant to do any of that.

Often the memory that comes to mind, can give us a clue to whatever emotional Achilles heel or vulnerable spot we may have developed and why. Sometimes we may not (consciously or unconsciously) want to remember a lot, or nothing at all comes to mind.

For the purpose of this exercise, let’s ask the question. In case you cannot think of anything, I will volunteer a personal example of one of my early childhood memories.

Let’s think of a childhood memory that can still make you feel uncomfortable and that may still hurt you today.

Let’s see what the memory is about:

how you interpreted it,

what can trigger the memory and the pain it brings,

and what we can do about it, let it go, put it to rest?

Sounds a bit ambitious and too difficult? Stick with me for a few more minutes.

One of my earliest memories is from when I was aged somewhere between 2-4. I cannot remember, neither can my parents.

I was woken up by thunder and lightning. The room was dark and I was alone. I was shouting and crying, but no one came. I was terrified. I don’t remember much more. But even now, I have a slight sick feeling in the pit of my stomach. And I feel cut off and alone.

I discussed it with my mother many times. Even now, decades later, she remembers it, too. Because I had been so upset.

My mother says it had been a weekday evening, probably some time between 19.00 and 21.00. My parents had gone out for an evening stroll and got caught out by the weather. They had stopped over at the local pub, waiting for the downpour to end.

I know, these days we may not leave little children alone at home. But this was the late Sixties in a small West German town. Still, part of me feels, it was wrong.

My mother tells me she struggled to settle me down again.

What sense do I make of it?

How does this affect me today and how do I deal with it?

Personally, I think this is a story and experience of abandonment. I had felt terrified and alone. No one came to make me feel safe. The people who I had bonded with (my parents) and expected to be there, they had not been there. That is a fact, a real experience.

I felt abandoned and (even as the little child) I would have tried to make sense of it. And I might have tried to take a lesson from it, so I could protect myself in the future.

Perhaps I concluded that the others are not to be trusted.

I might have thought that this had been my fault, that I am not good enough to be loved and taken care of.

I might have decided that I need to cling to the other, because they might want to leave me, and then I will end up feeling frightened again. Later on, I did develop fear around separation at nursery and at school.

At some stage I might have concluded that because others, even those closest to me, cannot be trusted, I need to be self-reliant and best look after myself.

I think my Achilles heel, based on that childhood memory and probably other episodes, is the fear of abandonment and the tendency to assume, that deep down I am better off taking care of difficult situations myself. Others will only disappoint.

In reality, I know this is not so. But sometimes I catch myself thinking as if it is exactly so, and then I behave accordingly.

For me? Not thunder and lightning or being alone in the dark. Strangely enough, I love when thunder happens at night and I love hearing the crackle of lightning.

Whether a happy or difficult memory, triggers can be anything ranging from a smell, a sound, a word, an expression, a touch, a picture, a location, a situation - anything that we have associated with that moment.

My trigger is when I feel disappointed and left alone, just at the moment when I need help most.

More often than not, I can catch the moment, when the old childhood memory with its overwhelming terror, despair and anger sets in.

I try and keep the feeling of the memory separate from the here and now.

We need to be able to separate between the often so real feelings triggered by the childhood memory and by what is actually happening now.

If we do not do that, then there is a risk, we end up in an echo chamber, where the feelings, ideas and beliefs we have developed from the childhood memory reverberate, get reinforced and start to overwhelm us.

While this is understandable and it does happen, it makes it so much more difficult to deal with the here and now.

I don’t blame her. What good comes of that? Nothing. I had to forgive my parents, even though they never set out to hurt me. I try not to dwell too much on it all. And I have stopped being frightened of that particular memory a long time ago.

Painful childhood memories will have influenced who we are today. There is nothing right or wrong about it. It is human and not a failure on our part, if we have them in the first place and if we feel we have not resolved them.

Blaming and feeling angry, those two feelings alone are not enough for us to understand things, work them through and take charge.

When you feel an old painful memory comes alive in you, then why not:

Accept it as part of your past.

Observe how you feel and how your mind may wonder.

Try and keep the memory separate from “the now”, the current reality and situation you find yourself in, which is different from the past.

It is all the old stuff that is on a roll, like an old film or record playing in our mind and heart.

Karin blog's at Between Self And Doubt.