How Are Fear and Violence Connected?
Find a therapist
Find a coach
Join as a practitioner
Log in/register 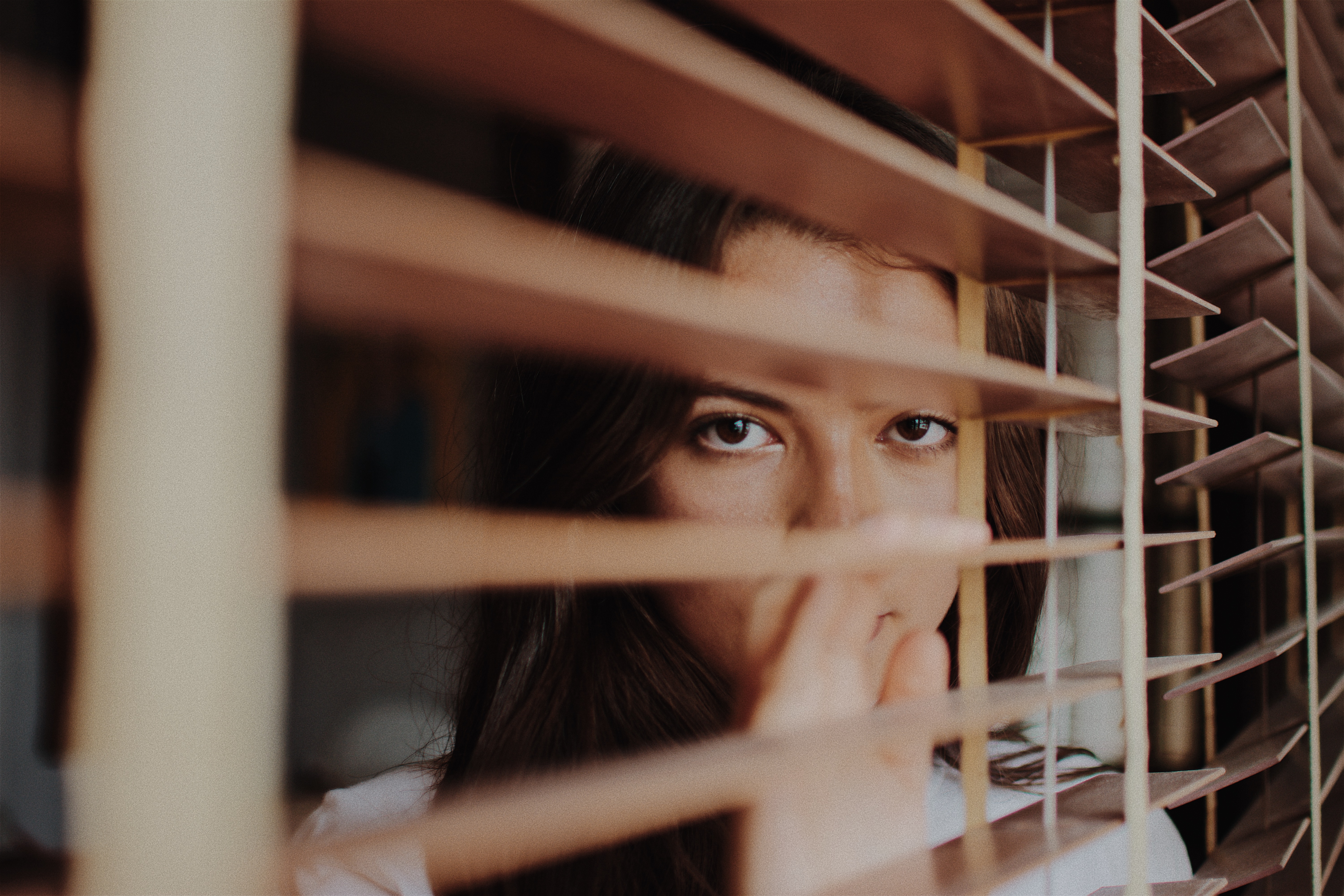 How Are Fear and Violence Connected?

Any good therapist will tell you that one of their aims is to treat clients with unconditional positive regard, that is to work to keep judgement out of the relationship.

It is certainly important to me that my clients experience a sort of freedom to explore themselves that may not feel possible outside of the therapeutic setting. I will not be alone in having seen a client benefit from feeling safe enough to cry, explore fantasies they experience shame around or allow themselves to scream and shout at me. In short almost anything is permissible. The line is very clearly drawn however at sex and violence.

My work is focused around my understanding that - in order to affect change - we first need to fully inhabit and understand what it is we would like to be different. No one has ever responded positively to being told to ‘cheer up’ or ‘calm down’ and yet really getting to know your sadness, anger or anxiety often holds the key to moving forward. No, I am not saying that I wish I was able to allow my clients to act in violence within my therapy room, but rather acknowledging that something is lost in the fact they are unable to do so, that one of the difficulties with solving problems of violence in society is that it is too dangerous to get close enough to be able to fully understand it.

We do however have the benefits of our knowledge of neuroscience and our understanding of the world today and with this information it is possible to spend some time looking at the what happens to a person when they experience the so often termed ‘red mist’ that results in destruction.

Human beings operate on multiple levels, most of us are familiar with the concept of following the heart rather than the head or trusting our instincts and understand that we are capable of acting emotionally and also with reason. If we look to neuroscience we can begin to understand a little more about the different motivators in human behaviour. In the 1960s Dr Paul Maclean created a model of the brain that goes some way to simplify the working of it and how it developed over millennia.

He explains how there are three separate areas of the brain, the neo cortex, the limbic system and the reptilian complex. The neo cortex, which Maclean identified as the last part of the brain to develop – probably around 40,000 years ago - is responsible for logical and abstract thought, for problem solving and imagination. The neo cortex is largely considered the rational part of us though of course it works integratively with our emotional brain, the limbic system. The limbic system records memory and dictates whether something is experienced as agreeable or otherwise and mainly operates out of our awareness. The two areas of the mind inform and impact each other creating ideas and making decisions that are the result of a complex negotiation between the thinking and the feeling self. It is upon this premise that therapeutic models such as cognitive behavioural therapy were created and thrive. Simply put, we know and understand that certain behaviours cause an uncomfortable or pleasurable feeling and can make rational choices to avoid or enact these behaviours informed by our felt sense.

This all seems pretty civilised doesn’t it? It is civilised if we are to ignore the small but extremely powerful third part of the brain that controls our very existence, the reptilian brain or complex. The reptilian complex is the oldest, most primitive part of our brain and it plays a very important role. It keeps us alive. It controls the involuntary functions such as breathing and the digestion of food but also our sexual behaviours and our response to danger. It is arguably the most valuable part of us and yet it is the part of us that drives what society would consider the most problematic behaviour. The behaviour that is not allowed in the therapist’s consultation room. It is the part of us that produces the hormones that create the biochemical reaction associated with fight or flight response to fear of annihilation. The neo cortex may be the most sophisticated and evolved area of our brains but it is, more often than not, rendered powerless when we are threatened. In fact, when activated by fear, neurological pathways shortcut, by passing the neo cortex and activating the amygdala in the reptilian brain, making our behaviour impulsive. We are without conscious thought, or the capacity to feel emotions. We are much more likely to act in violence.

With all this, quite literally, in mind. The questions we should be asking ourselves should perhaps not be ‘Why is there so much violence today?’ but rather ‘Why are we not more violent?’. We live in fearful times. There is a lot to be afraid of, those of us that are privileged are kept awake at night with political concerns and worries about the environment, those less so are worrying about how to feed their children or themselves, how to make payment for a loan they can’t afford, or avoid being beaten up because of the colour of their skin or how they identify. We are bombarded with information as and when it occurs, and we experience in real time via media (social and mainstream) terrorist attacks and atrocities both man made and natural. It could be true to say we are all frightened, all the time. Danger may not be more likely than it has been at other point in history but we are certainly living with more awareness of the potential for it than ever before.

What we know about trauma or fear tells us that it is compounded. If we live in chronic fear we do not grow to be immune in the same way we might be if we were exposed to germs. We are in fact much more likely to react extremely when under threat if we have experienced threat repeatedly. This goes someway to explain triggers and flashbacks for those suffering with PTSD. When we are fearful our reptilian brain is hypervigilant, ready to activate our response to danger at any one moment, putting reason behind the hair-trigger temperament so often associated with those we consider violent people. Violent people are terrified. If we are to become a less violent society we need to address the fear behind the violence.

The world is scary, realisation of the relationship between being scared and difficult behaviour is not going to stop that being the case. We are all going to have to find a way to continue to live with a constant threat to our existence because, let’s face it, eventually we are going to die. What we can do though is develop ways to manage the chronic fear and we can do so by treating the brain for what it is, a muscle. If we want to depend on any one part of our body for a particular reason, we practice, we ‘work out’ and the muscle used in tempering the responses of both our limbic (because let’s face it the limbic brain plays its part in that fear is an emotion) and reptilian brain is our neo cortex. We need to find ways to activate and exercise the neo cortex so that we are better able to calm our desires to fight.  Much is written on how to do this with activities such as following a good sleep routine and offering and receiving positive physical contact being advised.  Whilst it is true that we can continue to improve brain function through life we know that synaptic pruning (or brain development) is at a peak in infancy and again between the ages of twelve and twenty four meaning that if ever there is a time to prevent the reptilian brain from become overly ‘buff’ and facilitating healthy growth in the neo cortex and in fact the limbic system, it is when we are babies and when we are adolescence.

The prevention of a violent future exists in creating safety for our babies, for our teenagers. We need to be recognising the difficulties faced by new parents today and respecting the role that they play shaping the minds of the future. The transition into parenthood needs to be acknowledged and the difficulties associated need to be addressed. An unsupported parent living in financial fear and struggling with the mental health issues that so often arise in the perinatal period cannot create an environment where the brain is developing in any way other than as a response to fear.  We need more services available to the struggling parent and better understanding of the challenges faced by parents today. Organisations such as Home Start, Cocoon Family Support and Family Action understand the importance of community and of practical and emotional support for new parents and it is my belief that they are not only making life easier families they support but also that they are potentially contributing to prevent long-term social issues.

So what of our second chance then? We get another stab at it in adolescence. More and more teenagers are describing schools as emotionally and physically unsafe places to be. In my work I see young people suffering stress due to a fear that they will not perform in exams, afraid that their sexuality will set them apart and make them vulnerable, fearful that they have said something that might mean they will be beaten up after school or, as is increasingly the case, struggling with a panic disorder with no understanding of where the anxiety has come from. Teenagers growing up in families in poverty are all too familiar with what it is to be afraid and those growing up in a minority live with the constant threat off attack. All this is giving that reptilian brain a good old work out and leaving the neo cortex barely able to function. We need to be looking at how we can create safer learning environments and supporting services such as Off The Record, Young Minds and counselling and wellbeing providers within schools that provide a space for young people to process their fears. Violence isn’t the enemy and vilifying it merely feeds into an inescapable cycle. I believe it is fear we should be looking to understand and deal with.