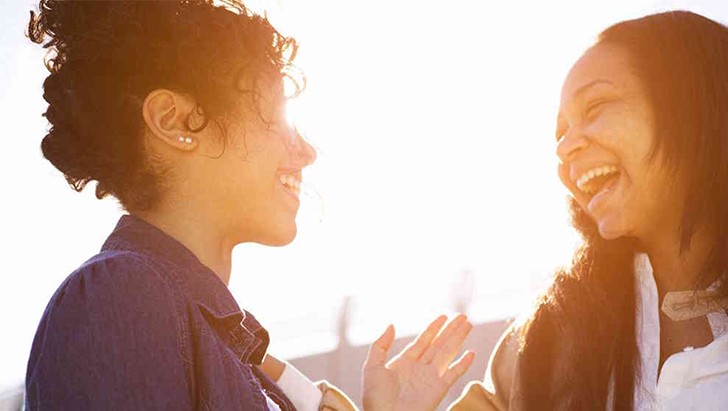 Taking Maslow’s hierarchy of needs as a reference point, I have been illustrating different forms of connection when teaching executives or executive MBA students. I want a generation that is starved of time, or too junior to have grown up with ‘the long lunch’, to understand how the time-intensive, face-to-face meeting is actually at a premium compared to a broadcast model of, say, blasting out 140-word posts to all and sundry.

Despite the infinite variety of messages that communication gives us, the ways we use words, pictures and other media are actually finite, and far less than than there are types of sport, colour, pop music or even species of butterfly.

There are six principal ways to communicate:

These six forms can be condensed into a communication hierarchy mirroring Maslow’s pyramid:

The pyramid does not reflect the interconnectivity of communication, which is not actually so much a hierarchy as a cycle. You do not tend to use just one form of communication with one person, but possibly several: you email to fix a meeting and then follow up, possibly by broadcasting to social media or by reporting that meeting somewhere.

It would be simplistic to say that writing an email or a passage in a novel, or sending out a tweet is inherently less effective or forceful than speaking directly to someone’s face. What is incontrovertible is the power of intimacy and the trust that accrues from using our physical selves, and not proxies. The ways in which we distribute our thoughts, words and feelings can and should be used to achieve scale: book printing and publishing, television networks and distributed forms of connection are all excellent ways to communicate.

One form of reading and listening and reading aloud trumps all: the book festival. The Hay Festival for Literature started in the small Welsh ‘book capital’ of Hay-on-Wye in 1998. The town itself has 1,500 residents. In that first year, the festival attracted 1,000 people to some 25 events. By 2012, an estimated 100,000 visitors attended over 800 events spread across 11 days.8 Hay had to relocate to a bigger site, taking up several nearby fields. Nowadays, most events are sold out. Some of the best conversations happen in the queue to get into its no-fuss tents to hear some of the greatest living thinkers and writers. Many Hay afficionados follow its festivals further afield than Wales – to Colombia, Ireland, Mexico, Spain, Peru and Bangladesh.

Woodstock’s music conference in upstate New York in 1969 began the connection between people and music, and coincided with the arrival of the extreme  fan. But it was the power of Live Aid in 1985 which began the connection between audience and artist, live in some kind of experience together, connected not just by the physical moment, but by technology as well. Specifically, by television. The musician Phil Collins was famously whisked by Concorde, the now-defunct supersonic passenger jet, from Wembley Stadium in the middle of the concert in one time zone and arrived to perform live again  in Philadelphia in the same concert, but in another country, a matter of hours later. The effect was to connect a global audience of 1.9 billion across 150 nations in a single live satellite T V broadcast. In the UK alone more  than 25 million combined visits were made to see live music in a single year.

I watched Live Aid live on my television screen, and I can remember it as if it was yesterday. It was just before my twenty-first birthday. I watched it alone in  a room  in  my parents’ house with the  window open, high above the Hampstead Hills in a summery north London, and wished I was there at the stadium itself. I was aware, perhaps for the first time in my life, of other people in the rest of the world who were watching and who were just like me. Other young women called Julia, or Giulia or Yulia in Italy or the Soviet Union, somehow connected and united by this extraordinary day. I still watch YouTube videos of Freddie Mercury striding about the stage in his flared white trousers and think  there has never been a performer like him who connected via television with pretty much the whole world – with the possible exception of The Beatles, Elvis Presley and Mohammed Ali. YouTube’s videos of that Freddie Mercury have generated millions of views – but they are still, at 12 million, a fraction of the numbers who watched Freddie Mercury’s rendition of Bohemian Rhapsody live on TV that day.

It is always our desire to see each other’s faces, to use touch, smell, sight, hearing in direct proximity to another person – that is the top of the hierarchy of connection and communication. Generations Y and Z may think mass socialising began with Facebook, but they couldn’t be more wrong. The YMCA began in 1844 and still has fifty-eight million ‘beneficiaries’ in over 11,000 branches worldwide and is ‘the world’s biggest youth movement’; working men’s clubs started in 1862; the Women’s Institute in 1897; and, in 1907, the Scouts (still active today in 216 countries around  the world, with over thirty million members). Some of the  biggest social and  political changes have been brought about by mass connections, live, of large groups of people: Tahrir Square and Tiannamen Square, a Rolling Stones or Taylor Swift concert, or Live Aid. These are moments in which connection is augmented and amplified by technology but where it is us, real people, who are firmly in the driving seat.

In 1985 there was no mass medium other than cinema in my life, and at the time any hierarchy of communication would definitely have placed broadcast media at the top. It was another 21 years before Twitter arrived and ushered in a whole new era of live-T V connectedness. The instant message effect of reporting and commenting on shared culture happening live: that felt thrilling, too.

Already, however, the blush is falling from the rose. There is so much opportunity to connect with everyone, all the time, that the numbers are falling at worse or fragmenting at best. Twitter in the summer of 2016 was struggling against the  new kid on  the  block, Snapchat. Mass connection  and  mass communication feel excessive and cloying. People are beginning to go private and niche, or at least try to. They cannot connect via servers and the internet completely securely, no matter what anyone tells them, especially after Edward Snowden’s revelations, but also, because, as anyone sensible knows, in today’s connected age ‘you have zero privacy, get over it’. There is always time to take a screengrab or record someone, and then spread it around.

I do more face-to-face connecting than ever before. No matter how busy I am, I make a point  of seeing people in person, both professionally and personally. I meet for coffee or a walk, I hold small suppers or attend conferences and festivals. I am careful which ones I go to, because time is so valuable (and because I value my time) but I do not stint on getting in the room with people rather than communicating and connecting virtually, or not at all. If I want to thrive in the age of overload, more face-to-face connection is not just nice to have – it is a must-have.

Not so long ago I attended a conference in New York. The co-founder of Wired magazine, which celebrated all things digital and arguably virtual, had come full circle in his thinking. Speaking about the growing trend  in co- working spaces, which spell the end of atomised units within skyscrapers or in siloed offices, he said, If you are not in the same room, you’re using up a lot of the (digital) bandwidth to express yourself with other human beings. It’s going to be more valuable to spend time physically. If I were an investor, this is where I’d put my money – by being counter-instinctive’.

What was remarkable was that a technology titan was giving a shoutout for face-to-face connection in a Facebook age, but also that he was framing it as ‘counter-instinctive’. As the writer Will Self drily remarked, no-one is suggesting that people start to ‘parent their children by Skype’. Skype has its uses as a proxy form of face-to-face when needs must. The evolutionary psychologist Professor Robin Dunbar commented to me in an interview I did with him for one of my BB C radio programmes on connectedness: ‘social media certainly help slow down the natural rate of decay in relationship quality that would set in once we cannot readily meet friends face to face. But there is somethingparamount about face-to-face interactions. Seeing the white of their eyes from time to time seems to be crucial to the way we maintain friendships’.

How we maintain ‘friendships’ is social, but is not confined to social settings. It is not just that work culture and networked technology allows us to wear less of a metaphorical (and actual) uniform to work, and be both a worker and someone with an obvious domestic life, reflecting the increase in part-time and flexitime arrangements  to the degree that ‘dress down Friday’ whirled through work culture and blew itself out, as these days people can increasingly wear what they like to work. Research consistently shows that blending social factors associated with friendship, family and kinship, such as trust, can make a significant difference to business and professional settings.

So here’s a question: how else could that have been achieved?