Is Empathy the Last Truly Human Quality?
Find a therapist
Find a coach
Join as a practitioner
Log in/register 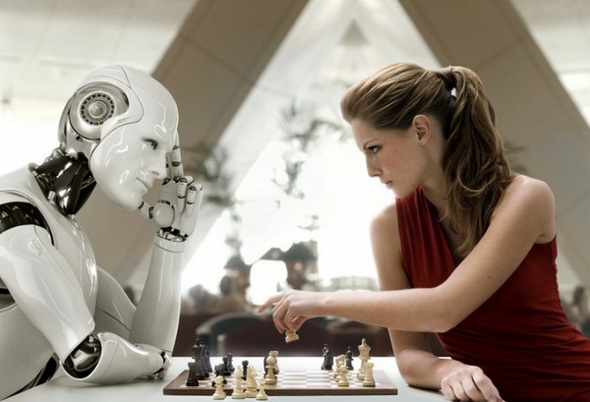 Spend too much time dwelling on robots and you can start to feel like we’re only years away from an artificial intelligence nightmare where humans have become obsolete. They’re far better than us at most things, and many jobs are threatened as a result. Robots like IBM’s Watson are able to process and understand complex questions and data much faster than humans.

Oh well, we say, we’ll always have emotions, and you can’t replace a painter, poet, or composer. Not quite – computers have been shown to be better at facial recognition of emotions than humans. Watson has been taught creative cooking with uncommon flavour combinations, and a computer program called EMI (Experiments in Musical Intelligence) has generated works which can pass as new music by Bach, Beethoven, Chopin and Brahms.

So what should we do? Is there a final skill that humans uniquely excel at, something to give us the edge over robots?

Geoff Colvin, author of Humans are Underrated: what high achievers know that brilliant machines never will, says yes – sort of.

Empathy helped humans survive by making us bond together

Our real reason for having evolved the way we have is our capacity for empathy and need for face-to-face social interaction. Empathy helped humans survive by making us bond together (finding safety in numbers), and it is still true that we are stronger together than apart. ‘Together in person, face-to-face, we become literally smarter and more capable as a group than we ever could be when meeting virtually,’ Colvin says.

Developing these natural human skills will help us become more productive in the new economy, and they will also help us to lead more fulfilled lives. While a robot might be better at identifying our emotions, we can’t develop a two-way connection with it. Colvin argues that ‘because we’re hardwired to experience empathy as a human interaction, we’re not able to receive it in its most powerful, person-to-person form from anything but a human…a critical factor in identifying high-value skills is not what computers are capable of, but what humans are incapable of’.

Instead of thinking about the relationship between humans and technology as ‘we can still do this better’ – when we are time and again proved wrong – we should consider what humans will always insist on having other humans do.

As our face-to-face interpersonal relationships are eroded, so is our capacity for empathy

Unfortunately, not only is technology becoming better than us at thinking, it’s also getting in the way of our ability to flex our superior social interaction muscles. Social media and information technology is making us communicate more, but limiting our ability to pick up on non-verbal cues, body language and mimicking, key elements in building trust. Both scientific studies and our own personal experience will tell us that social networks, meant to bring us together, can make us feel more lonely and isolated. As our face-to-face interpersonal relationships are eroded, so is our capacity for empathy.

But, Colvin argues, we don’t need to despair just yet. Technology can free us from some of the drudgery of cognitive processing, leaving us more time to spend with each other. Those with highly developed social interaction skills will be increasingly valuable in a world dominated by technology. This is particularly good news for women, who tend to be better at working in groups and showing empathy. In any case, it is something that will change the landscape of the working world. Perhaps we should celebrate this change which puts something so essential to the human experience at the heart of productivity.