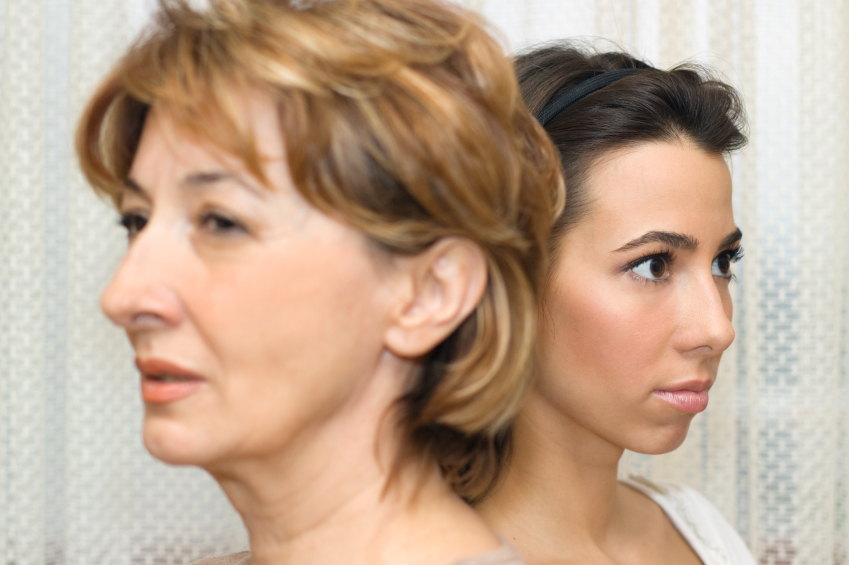 The Dilemma of the Difficult Mother

When Gloria Steinem spoke in Cambridge last week, she was asked about her own experiences of sisterhood-shattering differences between women. I expected to hear about the mummy wars – the divide between high-powered career mothers and high-powered stay at home mothers, or about some women’s reluctance to support a worthy woman running for high office. Instead, to my surprise, the 81-year-old Steinem said that she herself could not connect with a woman who said she felt animosity towards, and could not love, her own mother.

There is a sense of commonality about motherhood: this is a sacred role, which a woman honours by appreciating her own mother, whether or not she is a mother herself. But for some women, there is a broken chord within this relationship. The emotions are complex, often confused and sometimes shameful, particularly because these feelings lie far outside the accepted norm of grumbles about a mother. Teenagers may bond with their friends over conversations about an “impossible mother”, but these conversations, which help define them as independent and “grown-up”, take for granted love and need, along with the expectation that, eventually, she will give the attention and understanding we crave. The daughters and sons who have had to abandon this expectation speak in a very different voice about their mothers, a voice that others may wish to repudiate.

Self-doubt, self-distrust, and a sense of inadequacy may also be part of a difficult mother’s legacy.

The vast majority of mothers, with all their quirks and foibles are “good enough”, which means they are sufficiently responsive and empathetic with a child to foster wellbeing and self-discovery and emotional integrity. About 20% of mother/child relationships, however, are so unresponsive, inflexible, controlling or volatile that a child must adhere to her or his mother’s own self-absorbed terms, or be cast out. The child feels attached, but at the same time disconnected. The dilemma, “either develop complex and constricting coping mechanisms to maintain a relationship with me on my own terms, or suffer disapproval, ridicule, or rejection”, leaves her child with an impossible choice: “Do I look out for myself, or do I cut myself into the shape she needs me to be?”

Daughters and sons of all ages crave on a mother’s genuine willingness to understand them. A mother who takes ownership of a child’s own stories and perspective, who condemns, criticizes or mocks her daughter or son’s inner desires, thoughts and needs, leaves a legacy of unfinished business. “Will I be able to be a good enough parent to my child?” is often one long-running concern. Self-doubt, self-distrust, and an inchoate sense of inadequacy may also be part of a difficult mother’s legacy.

The dilemma posed by a difficult mother is often enforced with anger: some children live in a constant state of high alert, anticipating emotional explosions. Even as adults they panic in the face of a mother’s anger, and may be quick to appease others, and quick to take the blame whenever anything goes wrong. A difficult mother will also exert control over a child; reminded time after time that the mother must be in charge of their decisions, they may doubt their own judgment. Some difficult mothers withhold emotion, and one consequence may be that a child grows an adult who feels at sea with exuberant emotional displays. Many difficult mothers are also narcissistic, and that narcissism can be a source of disdain and contempt, particularly if you fail to offer her the egoistic satisfaction she craves.

These are uncomfortable legacies, but growing up involves learning to manage the feelings that have been shaped within our relational history. Such management is seldom done and dusted, once and for all; but Mother’s Day presents an opportunity to reflect on skills that we might have learned within that difficult relationship. Some daughters and sons of volatile and angry mothers develop diplomatic finesse, patience, and steadiness in face of others’ volatility. With a narcissistic or needy mother one may learn tact in managing others’ envy and insecurity. In adulthood, particularly in midlife, many discover that the struggle eases. Having secured other sources of love and comfort and recognition, we may achieve the generosity to probe the difficult mother’s perspective, offering her the empathy she denied her child. This process not only shores up one’s own soul; it also allows us to join others in honouring the role of mother as foundational influence, for both better and for worse.