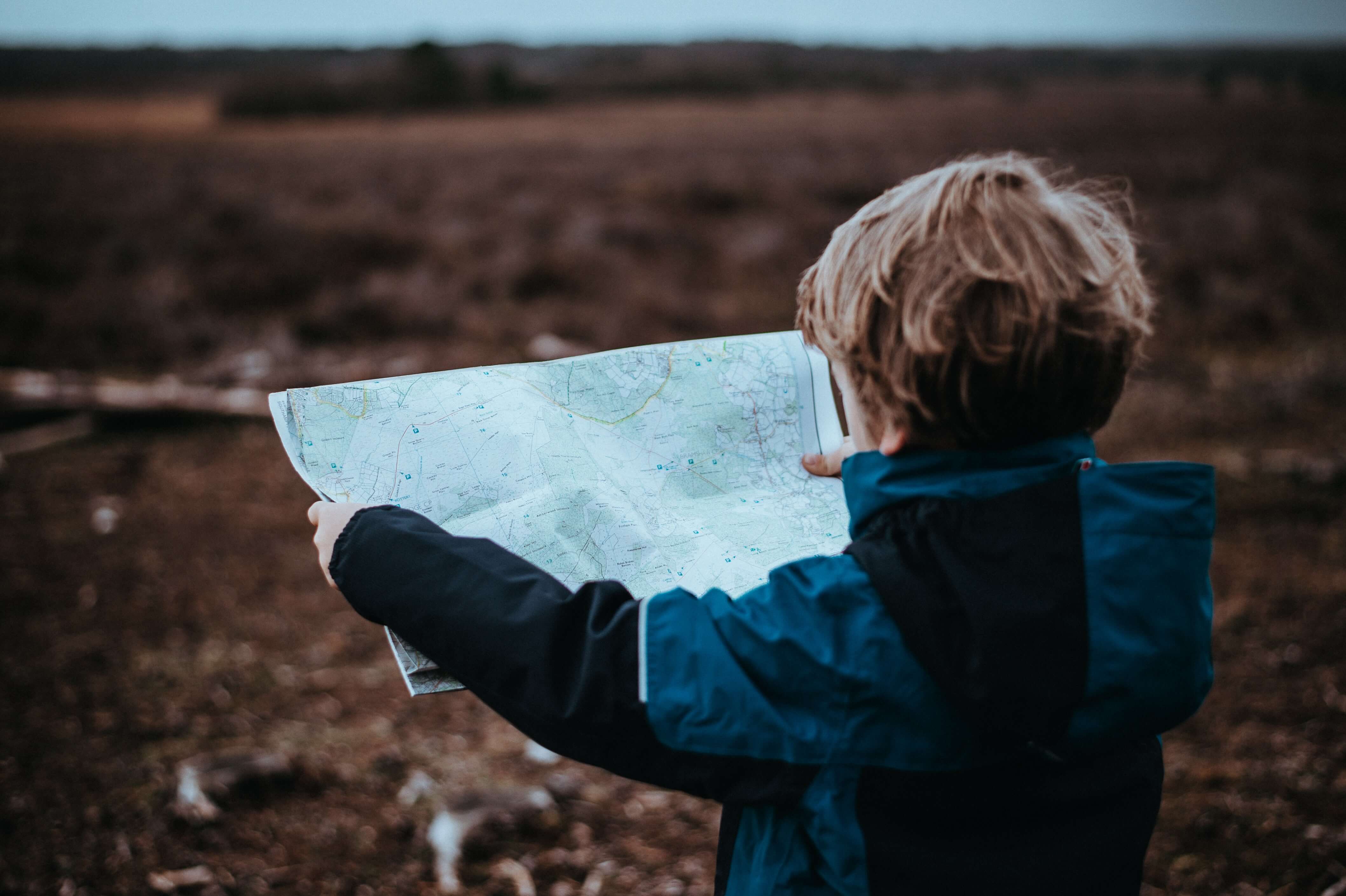 10 Signs You Grew Up With Emotionally Immature Parents

Emotionally immature (EI) parents are both frustrating and demoralising. It’s hard to love an emotionally blocked parent who expects honour and special treatment but tries to control and dismiss you at the same time.

A relationship with an EI parent is characterised by not getting your emotional needs met. They have little interest in experiencing emotional intimacy in which two people come to know and understand each other at a deep level. This mutual sharing of deepest feelings creates a satisfying, deep bond that makes the participants precious to each other, but this is not something EI parents feel comfortable doing.

Sometimes you glimpse a fleeting desire in them for real connection, and this keeps you reaching out to them. Unfortunately, the more you reach out, the further they recede, wary of real intimacy. It’s like being in a dance with someone who is moving away from you in perfect synchrony to your efforts to get close. Their demands for attention, coupled with wariness about intimacy, create a push-me, pull-me relationship that leaves you unsatisfied and emotionally lonely. You care about your parent, but you can’t get close enough to have a real relationship.

Once you understand them, however, your experiences will make perfect sense to you—and so will your emotional loneliness. By comprehending the EI psyche, you will be able to deal with your EI parents—or any emotionally immature person (EIP)—in ways that free you from their emotional coercions and create a more genuine relationship based on knowing what you can and can’t expect from them.

EI parents and other EIPs have a recognisable interpersonal style. The following ten experiences describe what to expect in a relationship with them.

1. You feel emotionally lonely around them

Growing up with EI parents fosters emotional loneliness. Although your parent may have been physically present, emotionally you may have felt left on your own. Although you may feel a family bond to your EI parent, that’s very different from an emotionally secure parent-child relationship. EI parents like to tell their children what to do, but they are uncomfortable with emotional nurturing. EI parents may take good care of you when you’re sick, but they don’t know what to do with hurt feelings or broken hearts. As a result, they may seem artificial and awkward when trying to soothe a distressed child.

EI parents’ self-absorption and limited empathy make interactions with them feel one-sided. It’s as if they’re imprisoned in their own self-involvement. When you try to share something important to you, they’re likely to talk over you, change the subject, start talking about themselves, or dismiss what you’re saying.

Children of EI parents often know a great deal more about their parents’ issues than the parents know about theirs. Although EI parents require your attention when they’re upset, they rarely offer listening or empathy when you’re distressed. Instead of sitting with you and letting you get it all out, EI parents typically offer superficial solutions, tell you not to worry, or even get irritated with you for being upset. Their heart feels closed, like there’s no place you can go inside them for compassion or comfort.

3. You feel coerced and trapped

EI parents insist you put them first and let them run the show. To this end, they coerce you with shame, guilt, or fear until you do what they want. They can flare into blame and anger if you don’t toe the line. Many people use the word manipulation for these kinds of emotional coercions, but I think that word is misleading. These behaviours are more like survival instincts. They do whatever’s necessary to feel more in control and protected in the moment, oblivious to what it might cost you. You can also feel trapped by their superficial style of relating. Because EI parents relate in a superficial, egocentric way, talking with them is often boring. They stick to conversation topics they feel safe with, which quickly become stagnant and repetitious.

4. They come first, and you are secondary

EI parents are extremely self-referential, meaning that everything is always about them. They expect you to accept second place when it comes to their needs. They elevate their own interests to the point that yours feel downgraded. They’re not looking for an equal relationship. They want blind allegiance to their need to be considered first. Without a parent willing to give your emotional needs a high priority, it can leave you feeling insecure. Wondering if a parent will think of you or have your back can make you vulnerable to stress, anxiety, and depression. These are reasonable reactions to a childhood environment in which you couldn’t trust a parent to notice your needs or protect you from things that overwhelmed you.

5. They won’t be emotionally intimate or vulnerable with you

Although they’re highly reactive emotionally, EI parents actually avoid their deeper feelings (McCullough et al. 2003). They fear being emotionally exposed and often hide behind a defensive exterior. They even avoid tenderness toward their children because this might make them too vulnerable. They also worry that showing love might undermine their power as parents because power is all they think they’ve got.

Even though EI parents hide their vulnerable feelings, they can show plenty of intense emotion when they fight with their partner, complain about their problems, blow off steam, or fly into a fury with their kids. When upset, they don’t look like they are at all afraid of what they feel. However, these one-sided eruptions of emotion are merely releases of emotional pressures. That’s not the same thing as a willingness to be open to real emotional connection. For this reason, comforting them is hard to do. They want you to feel how upset they are, but they resist the intimacy of real comforting. If you try to make them feel better, they may stiff-arm you away. This poor receptive capacity (McCullough 1997) prevents them from taking in any comfort and connection you try to offer.

6. They communicate through emotional contagion

Instead of talking about their feelings, EI people express themselves nonverbally through emotional contagion (Hatfield, Rapson, and Le 2009), coming across your boundaries and getting you as upset as they are. In family systems theory, this absence of healthy boundaries is called emotional fusion (Bowen 1985), while in structural family therapy it is called enmeshment (Minuchin 1974). This is the process by which EI family members get absorbed into each other’s emotions and psychological issues.

Like small children, EI parents want you to intuit what they feel without their saying anything. They feel hurt and angry when you don’t guess their needs, expecting you to know what they want. If you protest that they didn’t tell you what they wanted, their reaction is, “If you really loved me, you would’ve known.” They expect you to stay constantly attuned to them. It’s legitimate for a baby or small child to expect such attention from their parent, but not for a parent to expect that from their child.

7. They don’t respect your boundaries or individuality

EI parents don’t really understand the point of boundaries. They think boundaries imply rejection, meaning you don’t care enough about them to give them free access to your life. This is why they act incredulous, offended, or hurt if you ask them to respect your privacy. They feel loved only when you let them interrupt you any time. EI parents seek dominant and privileged roles in which they don’t have to respect others’ boundaries. EI parents also don’t respect your individuality because they don’t see the need for it.

Family and roles are sacrosanct to them, and they don’t understand why you should want space or an individual identity apart from them. They don’t understand why you can’t just be like them, think like them, and have the same beliefs and values. You are their child and, therefore, belong to them. Even when you’re grown, they expect you to remain their compliant child or—if you insist on your own life—at least always follow their advice.

8. You do the emotional work in the relationship

Emotional work (Fraad, 2008) is the effort you make to emotionally adapt to other people’s needs. Emotional work can be easy—such as being polite and pleasant—or deeply complicated, such as trying hard to say the right thing to your distraught teenager. Emotional work is comprised of empathy, common sense, awareness of motives, and anticipating how someone is likely to respond to your actions. When things go wrong in a relationship, the need for emotional work skyrockets. Apologising, seeking reconciliation, and making amends are among the strenuous emotional labours that sustain healthy long-term relationships. But because EI parents lack interest in relationship repairs, reconnection efforts may fall to you. Instead of amends or apologies, EI parents often make things worse by projecting blame, accusing others, and disowning responsibility for their behaviour. In a situation where it would seem easier just to go ahead and apologise, EI parents can be adamant that it was something you did—or failed to do—that warranted their hurtful behaviour. If only you had known better and done what they asked, this problem never would’ve occurred.

9. You lose your emotional autonomy and mental freedom

Because EI parents see you as an extension of themselves, they disregard your inner world of thoughts and feelings. Instead, they claim the sole right to judge your feelings as either sensible or unwarranted. They don’t respect your emotional autonomy, your freedom and right to have your own feelings. Because your thoughts should reflect theirs, they react with shock and disapproval if you have ideas that offend them. You are not free to consider certain things even in the privacy of your own mind. (“Don’t even think about it!”) Your thoughts and feelings are filtered through their comfort level as either good or bad.

10. They can be killjoys and even sadistic

EI parents can be awful killjoys, both to their children and to other people. They rarely resonate with others’ feelings, so they don’t take pleasure in other people’s happiness. Instead of enjoying their child’s accomplishments, EI parents can react in ways that take the shine off the child’s pride. They also are famous for deflating their children’s dreams by reminding them about depressing realities of adult life. the relationship.

You can find a therapist based on various factors via our questionnaire, including childhood difficulties – start your search here

Understanding our relationship to anger and where it comes from