What You Wear to Therapy: Communication, Disguise, and Defence
Find a therapist
Find a coach
Join as a practitioner
Log in/register 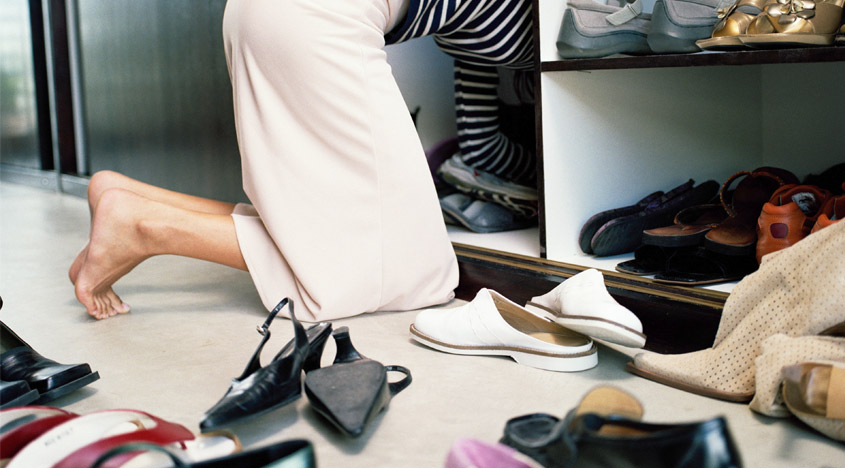 What You Wear to Therapy: Communication, Disguise, and Defence

I find it fascinating that despite the fact that therapy is limited to a set of interactions with one person in one room, it feels almost limitless in its ability both to mirror and to transcend any aspect of life experience. Sometimes it feels as though therapy necessitates my channelling emotions and messages through innocuous every day occurrences that otherwise might not carry much meaning; but perhaps it is in the absence of other distractions, and under the intense focus of the process, that the meaning of all those things that might otherwise be missed, can be thought about.

What I wear to therapy is one of those ‘ordinary things’ that when examined more closely, and with half an eye on the subconscious, is anything but meaningless. I believe that what we wear to therapy - whether consciously or unconsciously chosen – is about what we want our therapist to see. Not so much literally and physically - but internally, emotionally, and metaphorically. It is a powerful means of communication, not just with our therapist, but also with ourselves. Sometimes, what I wear to therapy tells me how I am feeling, even before I am directly conscious of it myself.

I remember the time I turned up all in black, with a top that buttoned right up to the neck. I think I wanted my therapist to see that I didn’t want to be seen; that I was covering myself up in front of her – that I was quite literally ‘buttoned up’ as the expression goes. I also remember the time I turned up with two plaits, feeling childlike, and wanting her to see and to approach the ‘inner child’ directly. In those cases – in which I would say that I did not deliberately choose my clothes with a specific meaning in mind, but I was aware of what the meaning of my choices might be – I was open about what I was communicating. I wanted my therapist to know the frame of mind I was in. But it was still an indirect communication – it was still saying something, but not transparently. Saying something, but in way that involves having to dig down below the surface, to find out what it means. Saying something, but not with words.

And though in those two examples I wanted to be ‘seen’, much more often I find that my indirect communication is motivated by fear, and so is simultaneously both a communication and a defence – against pain, vulnerability, and fear of rejection. It is a type of communication that keeps my therapist out, rather than inviting her in. It challenges, rather than welcomes. It speaks to the fact that there is something that does not wish to be spoken about, and more than that, it tries to put her off the scent, or lead her down a blind alley. It is a disguise, or a mask, hiding my true self and my true ‘face’.

Most often this happens when I feel ashamed; when I cannot bear to confront certain parts of me. I remember the times I turned up in short shorts, or short skirts, or low tops, or partly unbuttoned tops, or bra-less under my top (and proceeded to spend the whole session with my arms crossed over my chest). I can imagine my mother calling me ‘shameless’; and perhaps trying to appear ‘without shame’ was a misguided defence against being full of shame. It was certainly a challenge to my therapist, as it would have been to my mother, to ‘tell me off’, and was therefore an unconscious mechanism for diverting attention from underlying feelings, and closing off conversation.

Sometimes, thankfully, what I wear to therapy is about something more straightforward, that I am more aware of. From the very beginning I had a desire to look as ‘presentable’ as possible - I hated turning up without make-up on, for example. Initially it felt simply like a variant of my desire to look smart and professional at work; but later on I became conscious of the more specific need to ‘look pretty’. I wanted to be attractive – not in any romantic or sexual sense, but because I simply wanted to be someone that my therapist liked and was not repelled by. Someone that, were it permissible, she could imagine giving a hug to.

Even later on I realised that my desire to ‘look pretty’ was also about competition – not so much with her other clients, but with her daughters, whose place in her family and in her heart, I envied. I had never seen them, but I imagined them to be wonderful, beautiful women, whose qualities in every sense far exceeded mine. I wanted to at least be not more than a few million miles behind them, rather than incomparably distant in her regard. Thinking back, I have always been insecure about my looks, feeling that I was a disappointment in comparison with more attractive family members. My mother has always placed a high value on appearance, in every sense of the word. When she comments on my childhood photos it is the clothes that she tends to speak about first of all. She always wanted me to be smart, even if casual, whether that was as a teenager, at university, or just after I’d had a baby. I fought it, and still do - but the idea that looking good somehow makes me more acceptable, clearly still lingers. And perhaps it’s only in the context of looking at what I wear to therapy that I am willing to admit that to myself, and as a consequence admit the extent to which my mother’s influence has infiltrated me, however hard I have tried to protect myself against it.

Thinking about what I wear to therapy, is not always uncomfortable though. Being conscious of this aspect of the work means that I can make positive choices to use clothes in a meaningful and significant way. I have a couple of jackets and cardigans that, for various reasons, I associate with therapy and my therapist. The same applies to some particular colours. When I wear those items of clothing, or dress in those colours, it is a comfort and a reminder of my therapeutic relationship. It is a way that I have adopted, of feeling closer to my therapist, and more bonded. In those instances I am clothing myself neither to disguise nor to reveal, but to connect – which in itself is a key aspect of communication within relationship.

And so when it comes to getting dressed for therapy, to the extent that your choice is a conscious one, I would say - whatever you wear, wear it to be ‘seen’; but if you don’t, talk about it. Even when you feel clothed in shame, don’t let shame clothe you; but if you do, talk about it. That’s the wonderful power of therapy – it can make use of the most ordinary things and the most difficult things, as long as you bring them into the conversation. If you do, it will be, as Rod Stewart once sang, a case of whatever you wear, ‘you wear it well’.