What is Gaslighting?
Find a therapist
Find a coach
Join as a practitioner
Log in/register 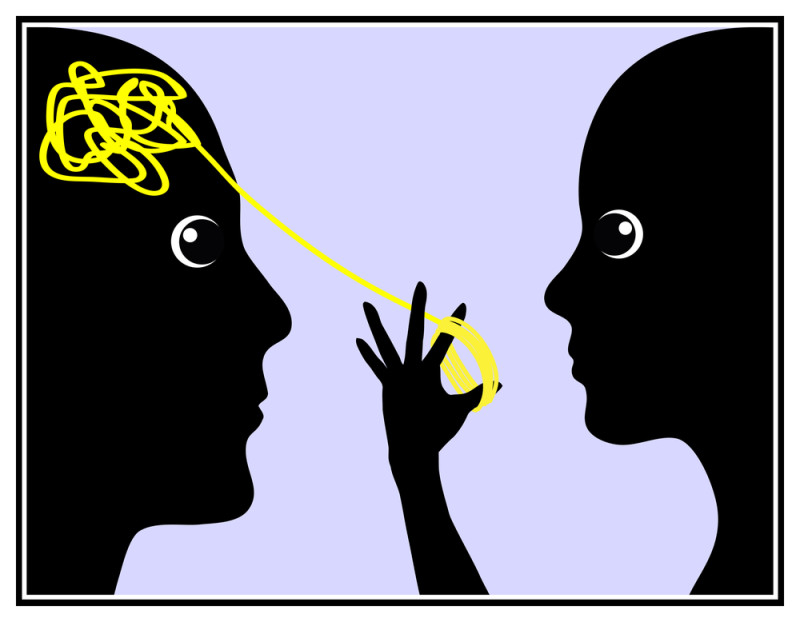 A case recently featured in the news of a gambling-obsessed conman who told a wealthy woman scientist he was a secret agent before fleecing her out £220,000. Fraudster Craig Brown's victim thought she had met the 'perfect man' when she was swept off her feet by her 'confident, friendly and hugely likeable' suitor. But after gaining access to her bank accounts, he plundered her savings and then fled to Spain. He was caught eventually, and made to pay for his crimes, but con artists are aplenty, and some get away scot free. So how do con artists to get away with it, and just how easily conned are you?

Individuals targeted by con artists often respond with self-deprecating statements like ‘I was stupid,’ ‘What was I thinking?’ Most con artists exhibit a superficial charm. On initial contact they will often test other people’s gullibility and find out what opportunities there are for personal gain. So probing questions geared towards discovering whether you have a high earning job, or coming into an inheritance or divorce settlement, should ring alarm bells, as should lines of enquiry that seek to gauge if you are a kind-hearted and gullible sort.

Those with a kind and caring disposition can easily fall foul of a con artist and their ruses. In this case, the woman fell under the charmer’s spell then let him moved in with her. He told her he was due a £320,000 divorce settlement and would start paying his way when it came through. He then asked her for several short term loans and promptly repaid them - building up her trust before gaining access to her finances; positively reinforcing the view he could be trusted,

To play on the impression that he was a generous soul, he took her out for meals and was careful to show the 'wads of cash' in his wallet. Confident he had her in his clutches, he told her he was an 'old fashioned man' and wanted to manage her accounts so she would be spared the trouble. At this point she was persuaded not to look at her bank account as it would spoil the surprise he was planning for her 40th birthday. In a bid to further conceal his antics he intercepted and hid all of her post to prevent her seeing her account balances. Wickedly, he even asked her parents to help him raise the money for a deposit on a house, but cheques he wrote to repay the money were not honoured. And that wasn’t all. When the woman confronted him, he pretended to have taken an overdose and was taken to hospital (another tactic, ‘playing for pity’), but blood tests showed that he did not require treatment.

Con artists like Craig Brown use tactics of emotional manipulation to conceal their real intentions and actions. They often use a tactic known as ‘Gaslighting’, which gets its name from the British stage play Gas Light, which involves a murderer who attempts to make his wife doubt her sanity. He uses a variety of tricks to convince her that she is crazy so she won’t be believed when she reports the strange things that are genuinely occurring, including the dimming of the gas lamps in the house (which happens when her husband turns on the gas lamps in the attic to conduct clandestine activities there).

Gaslighting entails the systematic attempt by one person to erode another’s reality. It is a form of psychological abuse in which false information is presented in such a way as to make the target doubt his or her own memory and perception. It may simply involve the denial by an abuser that previous abusive incidents ever occurred, or it could be the staging of strange events intended to disorientate the target. The effect of gaslighting is to arouse such an extreme sense of anxiety and confusion in the target that the person reaches the point where they no longer trust their own judgment. A person exposed to it for long enough loses their sense of self. They find themselves doubting their own memory; they become depressed and withdrawn and totally dependent on the abuser for their sense of reality. They may even believe that they are going crazy.

Gaslighting does not happen all at once, so if you suspect in the early stages of a relationship that you are being gaslighted, you can protect yourself by walking away. However, you need to be informed as to what those stages look like to make that choice.

During the initial stage the con artist shows themselves in the best possible light. This is an illusion to draw you in. At the beginning of the relationship they are usually ultra-attentive, charming, energetic, exciting and great fun. If the context is a new romantic relationship, you may feel you love the person intensely. It can feel like an addictive or hypnotic sort of love. In the context of a friendship, you may feel you have never met anyone with whom you have more in common.

Once the con artist has assessed your strengths and weaknesses, the devaluation stage begins. You will feel devalued at every turn, become confused, increasingly stressed, unhappy, and perhaps low in mood. The gaslighting effect is under way. Confused by the con artist’s behaviour, you try harder to please them to get the relationship back on track. But no matter what you do, it only causes further injury. You get caught up in, and bewildered by the con artist’s unpredictable behaviour. Finally, you are a shadow of your former self.

Devaluation can be delivered through many different forms and levels of attack. You will have become conditioned, appearing in all intents and purposes to the outside world to be a willing partner in the con artist’s games. It can be difficult for other people to understand what you are experiencing and you may find yourself isolated, which intensifies the injurious effect of the con artist’s ruse.

In the discarding stage, you no longer exist. The con artist has won the game and obtained the prize (your money or whatever else they sought from you!) It is time for them to make a fast exit. You, on the other hand, are left confused and raw with emotion. But the con artist resists all attempts to re-establish any connection, or to explain their behaviour, using bullying tactics such as silence or coldness in retaliation; as he or she is probably already making moves to secure their next target.

Dealing with the humiliation

In the aftermath of an encounter with a con artist, you may experience shock, disbelief, shame, anger, fear, isolation, and an array of physical symptoms including anxious thoughts, panic attacks, and flashbacks. You may experience self-doubt and fear doing the wrong thing and worsening your situation. But rather than expose your vulnerability, shame and humiliation may influence you to hold on to it. When well-meaning friends and family members show concern or ask whether you are OK, you avoid the subject to avoid further pain.

Emotional and covert abuse of this sort can be very damaging and those who have experienced it may struggle with low self-esteem, anxiety and/or depression and may find it difficult building trusting relationships in the future. If the issues in this article have affected you and/or you have dealt with a situation like this, it is good to talk about it and get support from friends and family, or seek the support of a counsellor.